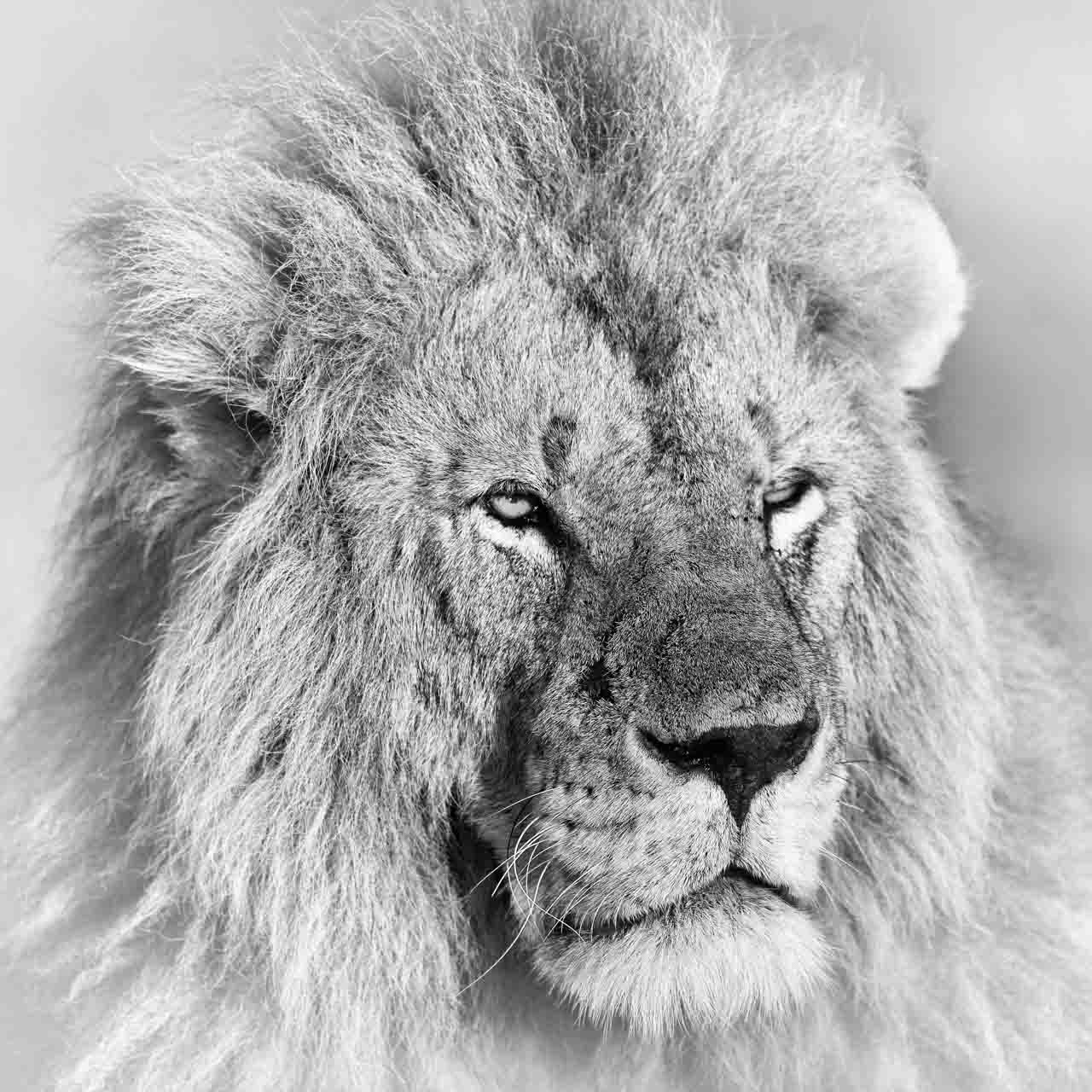 For this collection of fine art prints in my theme « Shades of blacks and whites« , I wanted to explore the majesty, the power, and the strength of an animal that the sight of which is familiar with everyone.

I chose the lion as my theme. To create this collection of black and white animal photographs, I traveled to Kenya. My initial project was to shoot lions walking proudly in the savannah in search of food. I wanted to reveal their power, majesty, and strength.

The symbolism of the lion is very strong whether it is depicted in religions, cartoons or novels. For example, in Egypt, the lion is the symbol of vigilance and Ra, the sun god. He is represented by a lion on whose head the sun rests.

Undoubtedly, the most mythical symbol is the sphinx, which is a lion with a human face. The sphinx’ gaze constantly scans the point of the horizon, where the sun rises. For this collection, I wanted to photograph lions that evoked the sphinx. This was much easier to accomplish in person than I believed it would be when preparing for my trip. It seems that this contemplative attitude of scanning the horizon is a completely normal position for the so-called monarch of the animal kingdom.

The lion is the symbol of power, domination, pride, wisdom and alertness. All these qualifiers are not usurped. I have had the good fortune to observe large males watching and educating young lion cubs. This is a fascinating sight. I truly felt the significant role patriarch has in the education of the younger generation. I also felt the deep respect of the lion cubs who are cautious in asking for advice from a male. We do not disturb the king of the savannah for just any small reason.

After all these hours spent observing groups of lions, I have found that lionesses and lion cubs are my favorite. The lionesses walk gracefully in the savannah. They are greatly attentive in educating the lion cubs who only think of playing with each other.

The symbolism of the lioness is just as important as that of the lion. She embodies the sacred feminine spirit, which is equal in dignity to his sacred masculine spirit. However, they are each different and unique. She takes on her fair share, her right place, her right role within the clan.

She is also a symbol of abundance. She is the one who brings nourishing abundance to the clan and its cubs. Watching for many hours, I realized that despite her nonchalant air, no small detail escapes her. Every little action matters. She has an exceptional maternal instinct. She will protect her lion cubs at all costs against a possible predator.

The lioness easily gains respect from both animals and humans. She symbolizes a strong feminine force. I will also add that she is charismatic. 632
Lion XXII
How To Order.
Finish Choices.
Display Available Sizes.
Click Here to Receive Information About This Fine Art Print.
This page has been read 873 times
If this page interested you, would you give it a note? (5 stars is the best one)?
(10 votes)
Written by Amar Guillen
Click Here to Discover My New Collections.