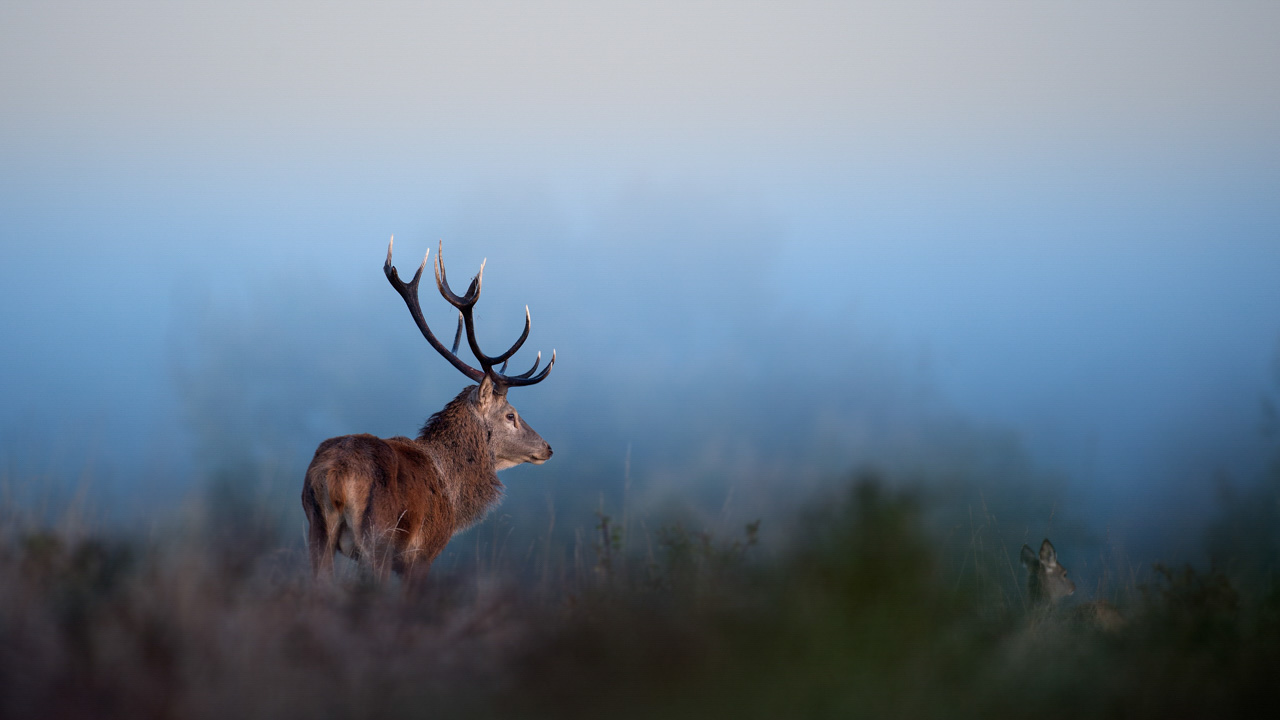 For me, red deer are the kings of the European forests. They represent elegance and royalty in the animal world. Each year, I spend weeks working in forests or meadows to observe and photograph the red deer during the fawns’ season of birth or at the time of the rut.

During the season of the rut that runs from the end of September to the end of October, the scenes are often dreamlike due to the differences in temperature between day and night. These changes in the atmosphere create the appearance of fog or ethereal mist, thus highlighting both deer and doe.

The mists give a dreamlike appearance to the photographs. For this collection that is in my style of "Lights and Colors", I have chosen only very clean scenes. The landscapes are bathed in very soft mists, shrouding details and focusing on the simplicity of the scene. This technique of minimalism allows me to highlight the power and the shape of these beautiful animals despite the use of color.

A deer is always aware of its power. When it surprises me while I am hiding in a blind, curiosity always prevails. I have often experienced when it approaches within a few tens of meters from my position. It is often with disdain that the red deer returns to the forests after realizing that I am not a danger for him.

Some think that I am impaired by my anthropomorphic beliefs, nevertheless, I am convinced that I am right. I have been lucky to observe the eyes of wild red deer. It is undeniable that there is an established connection between animals and humans. I do not know what the red deer is thinking at this moment, but I know that he is aware of his strength over me and his home within his forest kingdom.

The morning mists allow me to highlight the musculature and elegance of the red deer, the king of the forest in Europe. 429
Red Deer - France
Red Deer in the Mist XII
How To Order.
Finish Choices.
Display Available Sizes.
Click Here to Receive Information About This Fine Art Print.
This page has been read 1629 times
If this page interested you, would you give it a note? (5 stars is the best one)?
(28 votes)
Written by Amar Guillen
Click Here to Discover My New Collections.