The wreck of the Sauerland off the coast of Charente-Maritime, France

A monumental wreck from the Second World War

On August 12, 1944, the Sauerland, a German blockade breaker, was sunk 24 nautical miles from the port of La Rochelle in the west of France. Today she lies on sand 40 yards under the ocean’s surface. At 150 yards long, she is one of the largest shipwrecks off the coast of the Charente-Maritime. 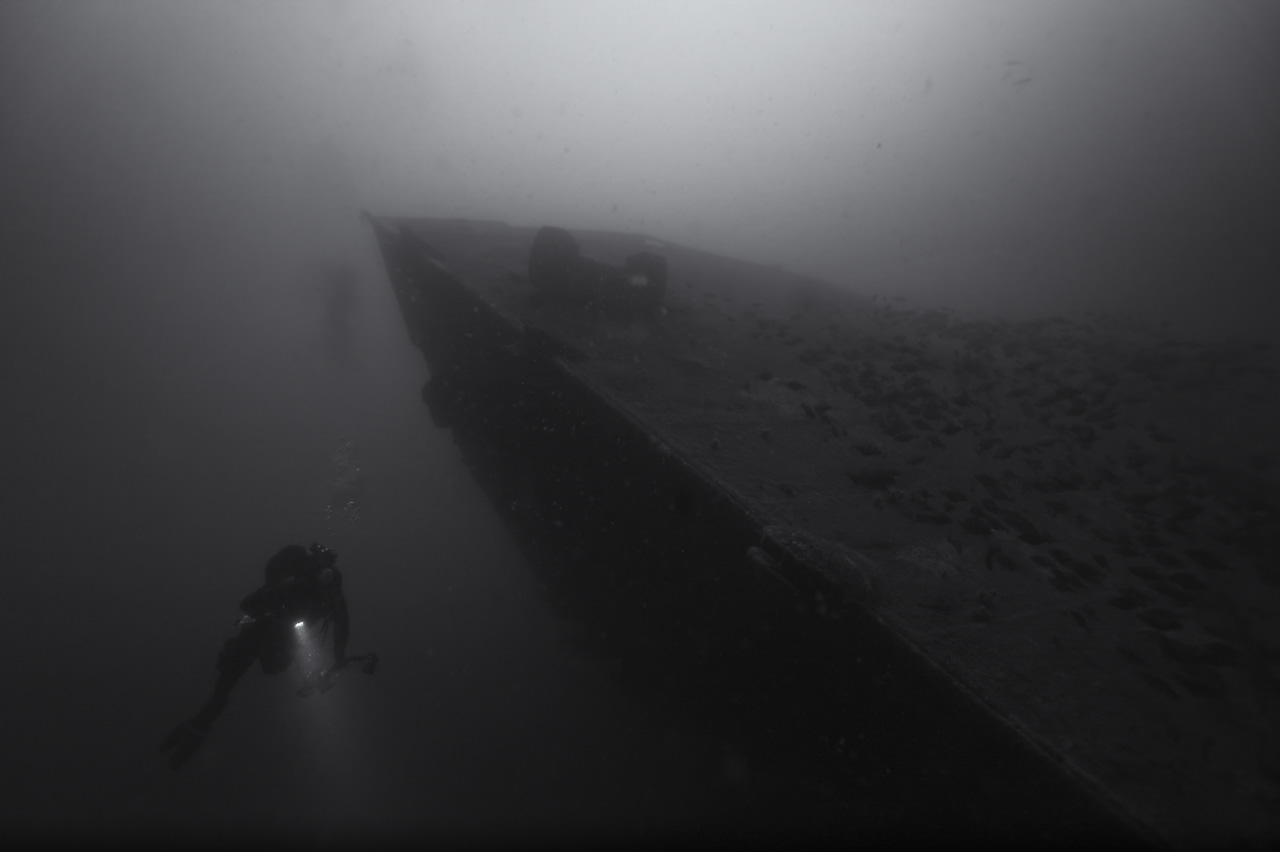 A merchant ship converted into a warship

The Sauerland was built in the shipyards of Gdansk. She was originally a merchant ship. Launched in 1929, she could accommodate 24 passengers and 57 crew members. She was equipped with two 5,000 horsepower diesel engines and could reach 12 knots. She measured 150 yards long. During World War 2, she was requisitioned by the German Navy, converted into a blockade breaker, and equipped with two 105 mm guns, eight 37 mm machine guns and twelve 27 mm guns. On August 12, 1944, she was attacked by aircraft, cruisers, and destroyers. She was sunk by a Polish ship, ORP Piorun.

The wreck is located off the coast of Charente-Maritime, 24 nautical miles from the port of La Rochelle. The currents there can be quite violent. The best time to dive is at the stall tide. For this dive to be made safely, serious preparation is required. For example, to be sure to get down directly to the wreck, a buoy with a weighted sled on a rope must be put in place. Otherwise, since the visibility seldom exceeds 15 feet, it would be very easy to drift away from the wreck while descending, and it would be hard to find her again.

As often during the dives in the Atlantic, the water is green, largely opaque, and looks slightly sinister. The atmosphere is eerie. We are very glad to have the rope, because we cannot see the bottom. We are getting impatient to find the wreck.

Once we find the wreck, we feel several shocks. The first one is the temperature. In about one minute, it has gone from of 26 degrees Celcius to 12 degrees. We are about 40 yards down, and have to be careful of narcosis. But the biggest shock is the sheer size of the steel monster. The visibility is good.  We can see around 25 yards around us. Wherever we look, we are see huge stacks of metal.

As part of our dive preparation, we decided which part of the ship to explore. For our first dive, we decided to go towards the bows. A glance at the compass and we head south. We have to be very careful not to swim too hard.

We know that we do not have much time, but, because of the temperature and depth, we also have to avoid working too hard and getting breathless. We have 20 minutes to find the bows and take our pictures. After 3 minutes of kicking, we arrive at the front of wreck. The bows stands proudly 30 feet above the sandy bottom. The anchors are still in position. It is an awesome sight. We take a little bit of time to control our breathing, then we start to take pictures. We have very little light, which makes it hard to focus the cameras.

After 8 minutes, we decide to go back to photograph the windlass and the huge anchor chains. As soon as we finish with our pictures, it is time to go. On our way back to the rope and sled, we swim over the wreck. We see one of the two motors, which is in perfect condition. It is the largest one we've ever seen.

On our second dive, we explored the stern of the Sauerland, and her 105 mm gun, which was still in place. We took the opportunity to take some pictures of the huge schools of pouts and bars that have taken up residence in the wreck. The stern is only 30 yards deep, but once again time was all too short. We focused on the essentials.

Once we were back on the diving boat, we decided that it would take at least five dives to fully explore this steel monster that lies forever off the coasts of Charente-Maritime. 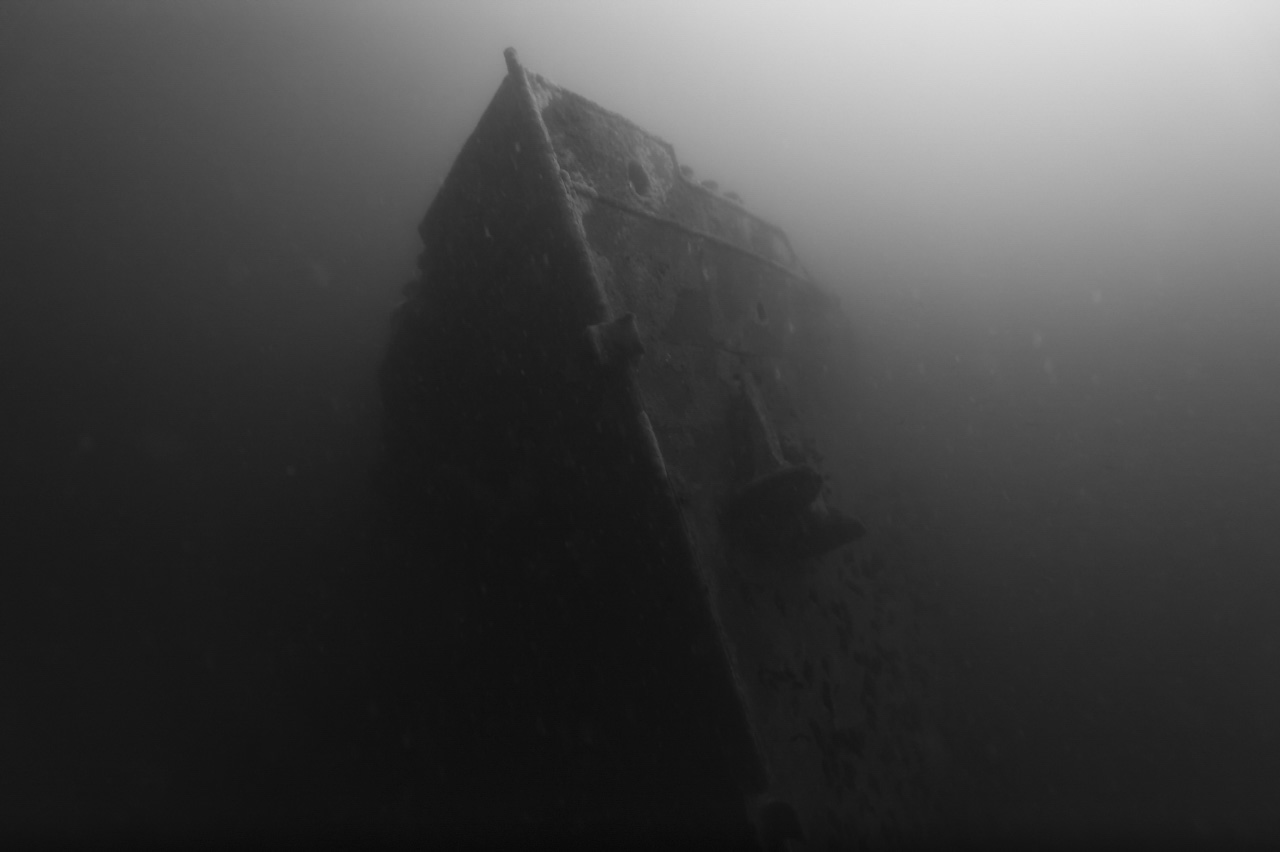 The wreck is a challenge to photograph

The Sauerland is difficult to photograph. The first problem is that she is huge. It is essential to decide where you are going before you dive. There is very little light, and it is difficult for the cameras to focus. It is better to use manual focus. Second, we have very little time underwater: 25 minutes at most with a nitrox mix.

Finally, the wreck provides opportunities for all kinds of pictures, from very wide angle shots to close-ups. You have to choose the lens you want and not regret the choice once you get to the bottom.

An extraordinary wreck to dive

So far, we have only dived to the Sauerland twice. She is a remarkable wreck, and a wonderful diving opportunity.  She is rich both in history and beauty. One thing is certain. After exploring the Sauerland, a diver is not the same. 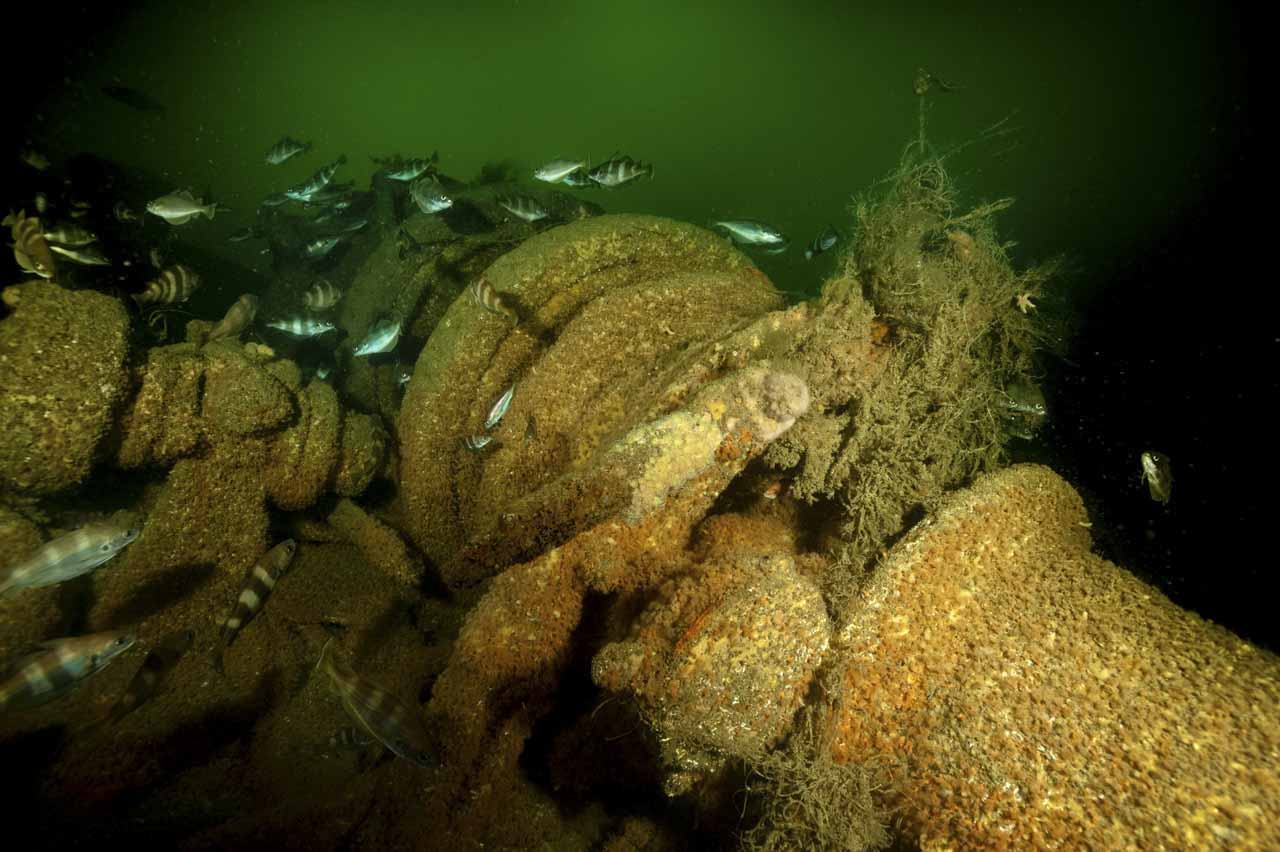 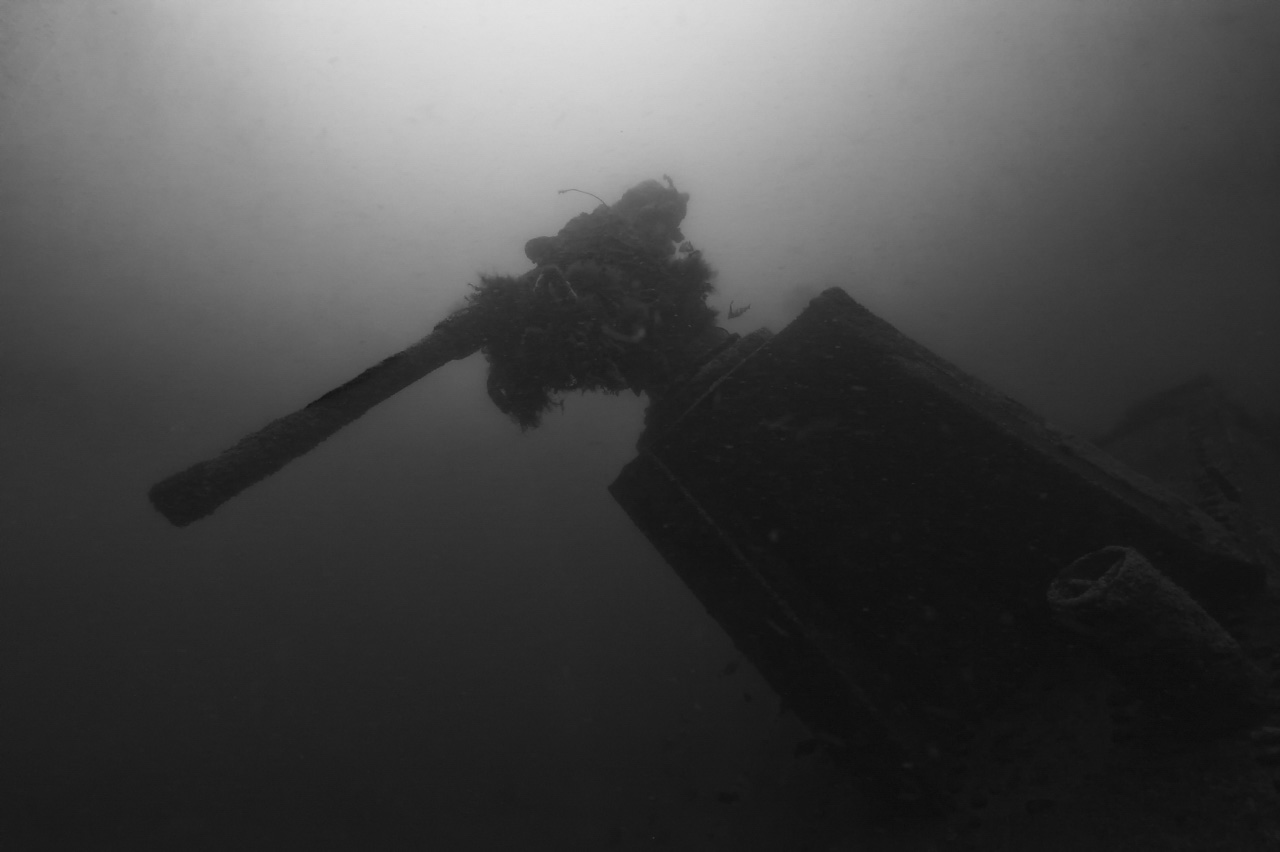 The wreck of Sauerland sunk off the coast of Charente-Maritime in France, Atlantic Ocean.
Tagged under
Read more...