Do you want to create interesting wildlife photographs that impact your viewers?

Focusing on the expression terrestrial or aquatic animals is one of the techniques that I use.

In this article, I'm going to explain a few techniques that I use to create photos that have an impact on viewers. 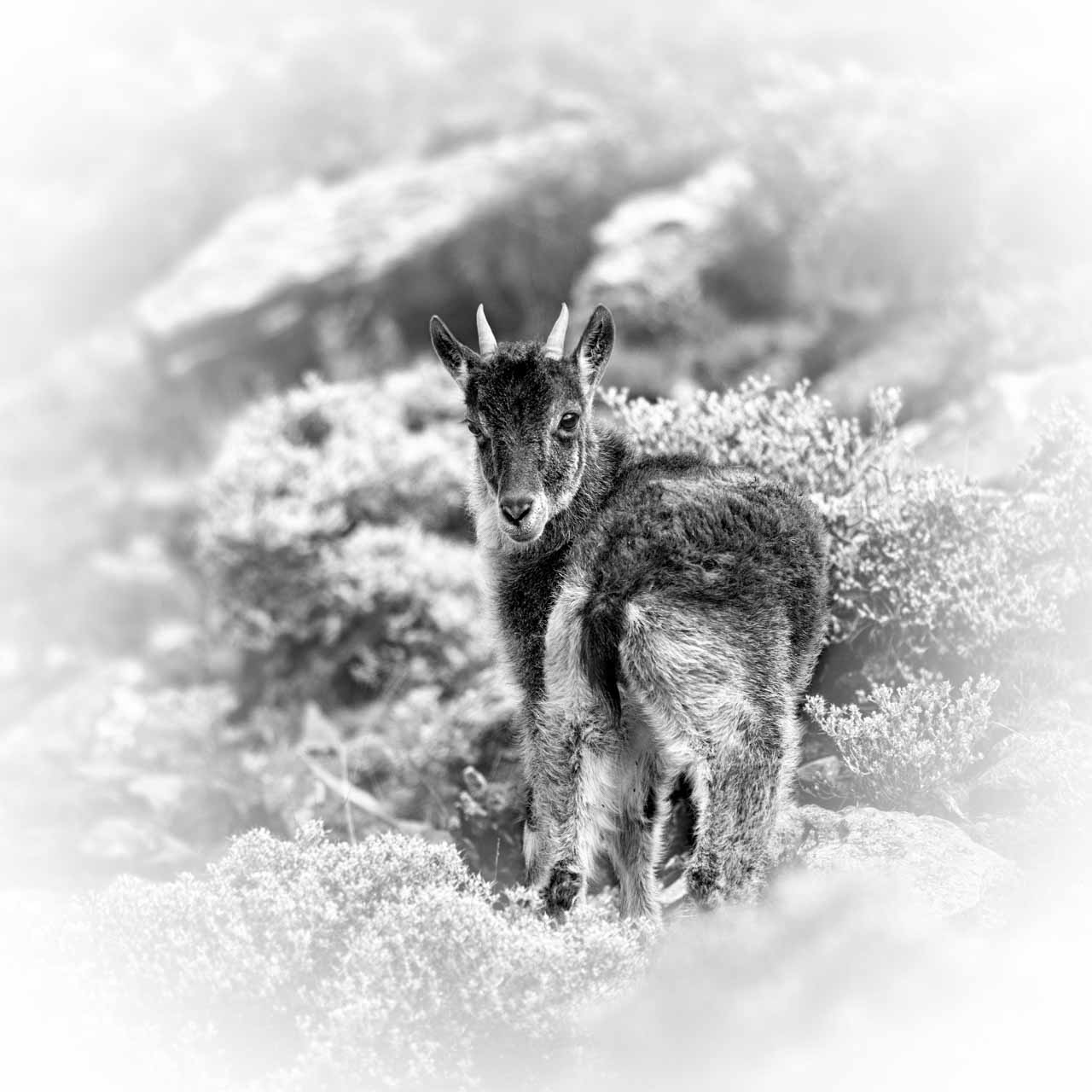 The look of this young ibex with the catchlight in the eye is very evocative.

All the points I am going to discuss are not a set of rules, rather they are guidelines and suggestions which have formed as a result of many years of photography and especially of experience in the creation of photos that interest my art collectors or my buyers of beautiful art prints.

Our suggestions have many benefits, even if they are not exactly replicated by the photographer. You may not agree with certain points stated. I understand this perfectly, and I do not intend to hold the absolute truth.

The Eyes Reflect the Soul

It is often said that human eyes are the mirror of the soul. I think that this is generally true for the animal world whether the photos are taken on land or in water.

The eyes convey the expression of an animal, which communicates emotion more deeply than the animal’s attitude through actions.

With time, I learned how to better understand the expression of animals. I believe that animals convey feelings very differently than humans. Animals communicate on a more primal level. However, it is still possible to decipher curiosity, anger, fear or even tenderness.

It may seem exaggerated, but, when you have the chance to encounter deer or birds, you must understand the animal world through a perspective of emotion. I cannot count the times I've seen the eyes of a doe who is gazing at her fawn with tenderness. That gaze is no mistake.

The eyes of a red deer stag when he discovers your presence hidden a few meters away from him, often translates into an astonishing disbelief that gives way to curiosity and ends with fear, because he beliefs you to be a hunter.

If you have had the chance to photograph from a floating blind, you can observe the look of a grebe that is capable of carrying its offspring on its back to conserve the little ones’ energy. Like all parents, he wants the little ones to leave the house, but he also wants to protect them. I assure you that we see these parental feelings through our viewfinder.

Similarly, the majestic gaze of a cat looking across the great African plains says a lot about his state of mind.

I believe that it is important to always observe and understand the gaze of an animal before taking a photograph because the animal’s expression is captured in the image. I often wait for the right moment. It takes countless hours spent on the field to acquire the ability to pinpoint the perfect moment to shoot.

Analyzing the look of an animal also allows me to calculate if I can take a good photo.

A Big Moment of Loneliness: My Personal Experience

Recently, I experienced a moment of great loneliness which left me speechless.

I took a trip to the Yellowstone in the United States to create a collection of artistic photographs of the bison in the snow. At one point, I found myself in a snowy plain with a group of 20 bison standing and facing me from 100 meters (300 feet) away. Before installing my tripod, I analyzed the group with my binoculars. Despite the wind and snow, I watched the bison stare me down. It was absolutely eloquent. Their eyes told me clearly that I was not welcome in their territory, that I was a foreigner. Body language confirmed what I read in their gazes. I left without further ado and retraced my steps.

I often analyze the eyes of animals before triggering my camera because one second can project a great depth of emotion onto a photograph. I analyze animals differently than humans:

The number of expressions in an animal’s gaze is limited. It can be difficult to detect emotion, but I truly think that their eyes communicate authentic emotions that do not lie.

The Strength of the Animal’s Gaze: A Focus Point as an Anchor

For me, photographing an animal is the best way to capture the animal’s gaze. Over time, I learned that it was absolutely necessary to integrate the eye (s) in an animal into an artistic photograph to be interesting to a viewer or a client.

During photo workshops, I often tell trainees that the animal’s eyes connect the viewer to the focus point.

If the animal’s eyes are not captured clearly, the viewer cannot grasp the depth of the photo. I think that this is probably due to our education. Since our early childhood, we are trained at school, in public, and by looking at paintings or photos, that eyes carry strong expression. In magazines, the eyes of photographed human beings are apparent. I think that as soon as we look at a human being that is photographed or painted, we automatically look for the eyes.

This is what I often refer to as the “anchor”. This focus point is what we naturally are drawn to first to better understand the meaning of the photo. This is a cultural behavior that we have acquired.

Creating a wildlife photograph that has impact is very difficult. Many animal photographers are content with a specific attitude or just the animal in its natural environment. We look at this type of photography only once. We do not return because it lacks zeal for our eyes.

In the world of illustrative photography for magazines or for identification books, the capture of the gaze is less fundamental because often it is the attitude or behavior that prevails such as a fight or a flight.

When I create an artistic or meaningful animal photography, I always try to capture the animal's eyes. It is an essential condition for creating an interesting photograph.

Controlling the Line of Sight

In my opinion, it is necessary to master the concept of "the line of sight” to effectively create different and high-impact photos. The utilization of the line of sight allows you to create powerful photos.

The line of sight is an imaginary line that begins in the eyes of the animal, regardless of whether it is underwater or terrestrial. This is an important guideline because this line will guide the viewer's gaze.

The first case is that a line of sight is directed to the viewer. In this case, there is a very strong exchange between the main interest and the viewer. During this moment, the spectator begins to question himself. It is a strongly personal interaction because there is an exchange that happens as if outside of time.

However, this technique of the line of direct gaze has a disadvantage. The interaction between the main interest and the viewer is so strong that nothing else exists. Décor, attitude, background matter little in this scenario. Often for this kind of photo, I choose a tight and square framing.

The second case is that of the line of sight that directs the viewer to one direction within the photograph.

Controlling the line of sight is essential, however, its implementation in the composition of a photograph depends completely on the messages or emotions that you want to convey.

Some Examples of Mammal Looks

Breaking the Rule of Thirds

To Read the Next Part of the Article, Click Here.
Tagged under
Read more...
Page 3 of 37