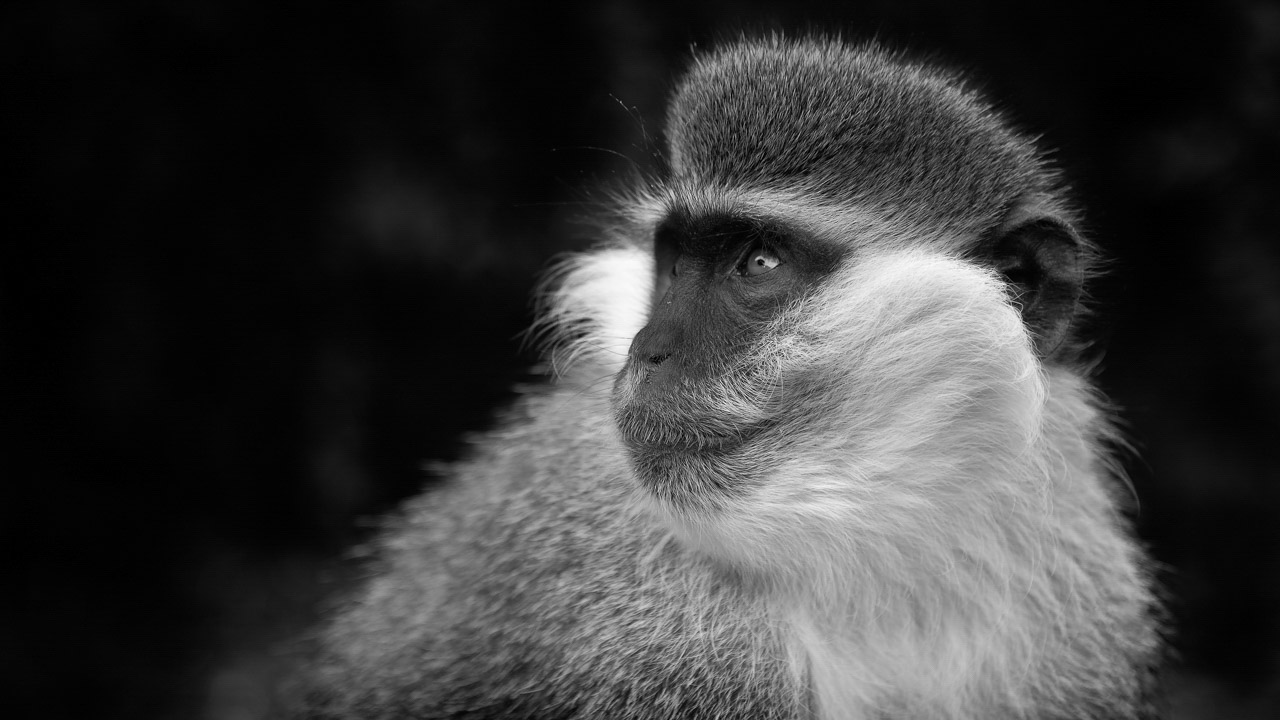 This collection of black and white photographs is dedicated to the vervet monkeys of Ethiopia. Vervet monkeys are semi-terrestrial: they live both on land and in trees. They are found mostly in East Africa.

When I photographed them, I was surprised by how many different calls they use to communicate. When I arrived, some individuals who had spotted me gave unusual cries which sounded similar. Other monkeys replied to them with different cries. I was very intrigued by this constant communication because many females had young ones.

After spending a few hours calmly approaching the monkeys, I was able to approach two groups. I created a series of photographs which captured their expressions and behaviors, and some especially beautiful scenes of females interacting with their young.

After photographing the geladas, I was very surprised by how much the looks and posture of these primates resemble human behavior. After a few hours in their company, even if they kept their distance, I had established a friendly relationship.

In this collection, I have tried to show the beauty of their hair and the expressions of their eyes. The best photo I took is certainly the picture of a female protecting her baby when I was moving towards him. 580
Vervet Monkey IX
How To Order.
Finish Choices.
Display Available Sizes.
Click Here to Receive Information About This Fine Art Print.
This page has been read 2178 times
If this page interested you, would you give it a note? (5 stars is the best one)?
(0 votes)
Written by Amar Guillen
Click Here to Discover My New Collections.