Why and How: Photographing Fawns - Part 1

Have you ever had the opportunity to photograph fawns of deer, roe deer or fallow deer ? Each year I have this chance during the months of June and July to go in search of hinds, does and goats which are pupping their fawns . For me, it is a spectacle as extraordinary as the rut of the deer.

In this article, I am going to explain some techniques for taking good pictures of fawns . 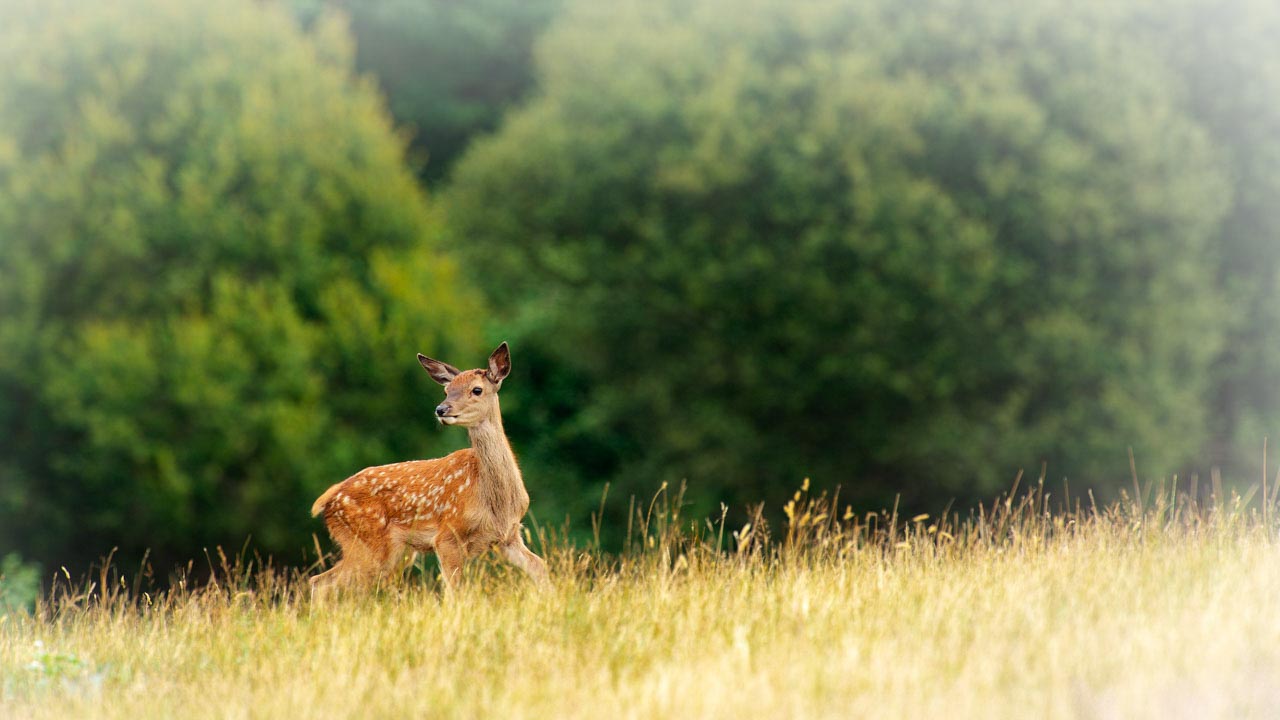 Photograph of a red deer fawn in a meadow.

The Little Story of This Article

My passion for deer started with the rut of the red deer in Europe especially in France. Since my childhood, I have watched countless programs on the subject.

For me, photographs of deer were invariably associated with their behavior during the fall. By being more interested in this species, I learned that a deer lost its antlers which immediately grew back to become velvet antlers in the first phase.

Many years ago, I decided to go to France to photograph red deer having velvet antlers. One day, as I approached a small clearing lost in the forest of La Coubre in Charente-Maritime in west of France, I saw a surprising spectacle.

A doe circled around a fixed point and then stopped from time to time as if she wanted to graze.

Nothing unusual in that scene that I had already photographed many times except that this doe was not just to grazing. She was walking and turning around the same point.

The grasses were rather tall. I did not understand what was going on. She had not seen me because I was hidden away from the pine trees in the forest. I decided to install my tripod and my camera to make some pictures.

After an hour of waiting I suddenly saw a little ball of orange hair standing on its feet. It was a red deer fawn. It was a magical and extraordinary moment that I will always remember. He was so frail, so fragile, so small.

It was my first photo session with a fawn. Every year, I look back on this fabulous time and I always look forward to caring a few days in June and July to photograph fawns.

Read also: Why and How: Photographing the Bugle of Deer in Black and White.

Definition of a Fawn

By definition a fawn is the pup of a deer doe, a roe deer goat or a fallow deer hind.

Generally, a fawn is the small deer. A deer has an even number of fingers. The males carry antlers.

If it is a male deer, it is called fawn from birth to six months.

If it is a female, it keeps the fawn name from birth to one year.

Before I give you good photographic tricks to photograph fawns, it seems important to explain some behaviors specific to each species.

Indeed, in general and especially in wildlife photography you will not create interesting pictures of animals if you do not know well the behaviors and habits of each species

Never forget that the secret of wildlife photography is to learn before the photo sessions in the field.

Then, you must get to know, observe, listen, smell, touch. The wind, the sun, the clouds, the meadows, the trees, the flows, the marks left by the animals are as many natural elements to control and to apprehend. Be careful, you must always do it while respecting the animals. It is under these essential conditions that you will take good photos. 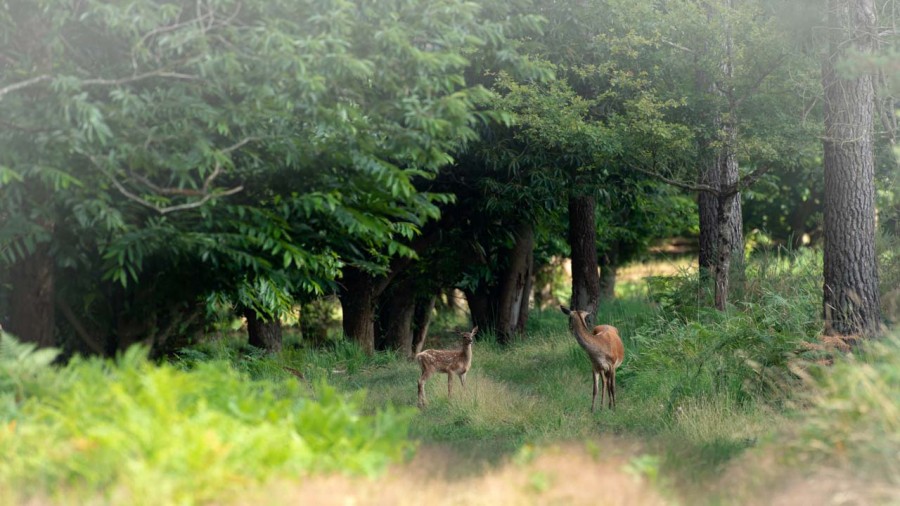 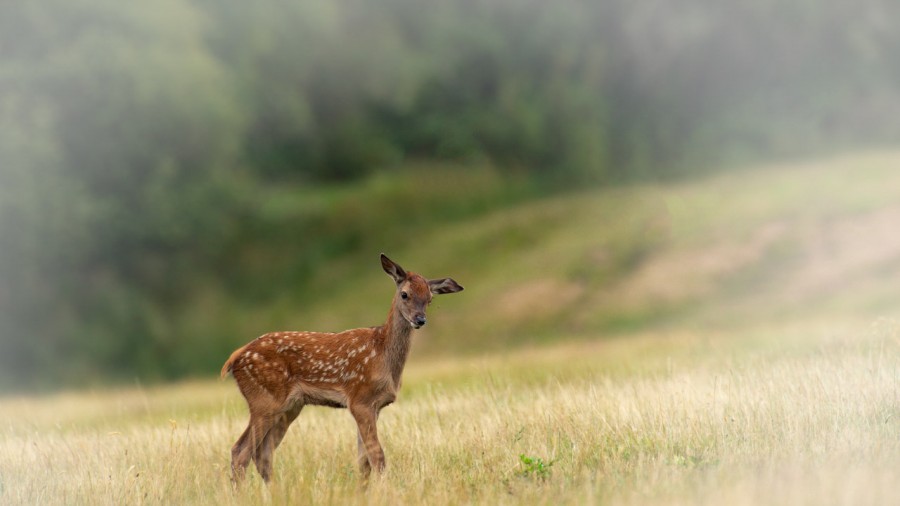 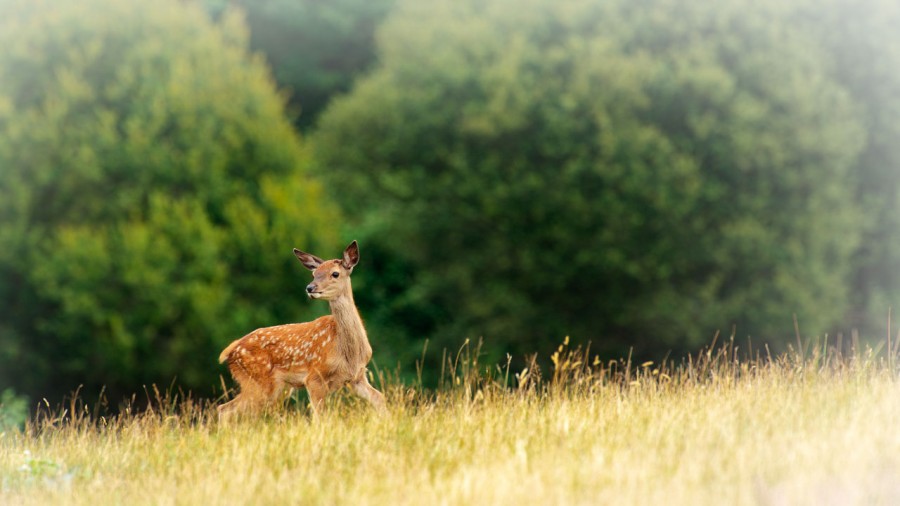 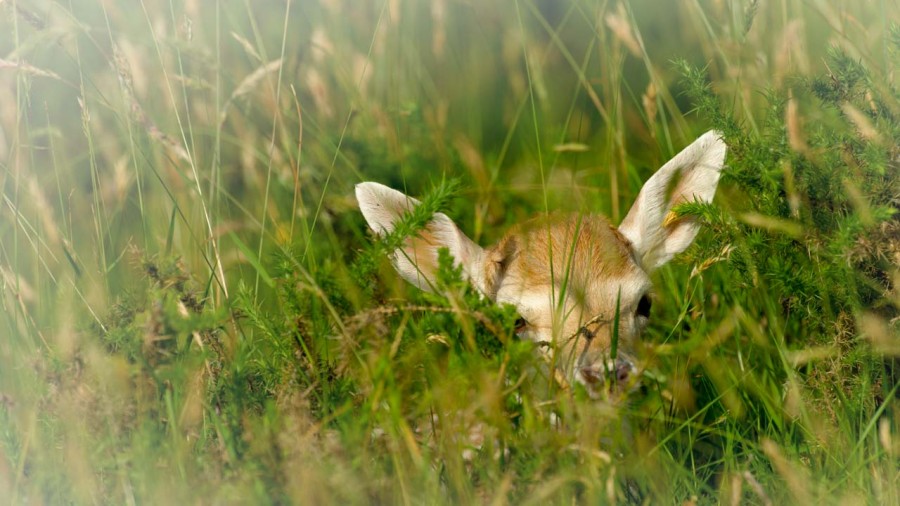 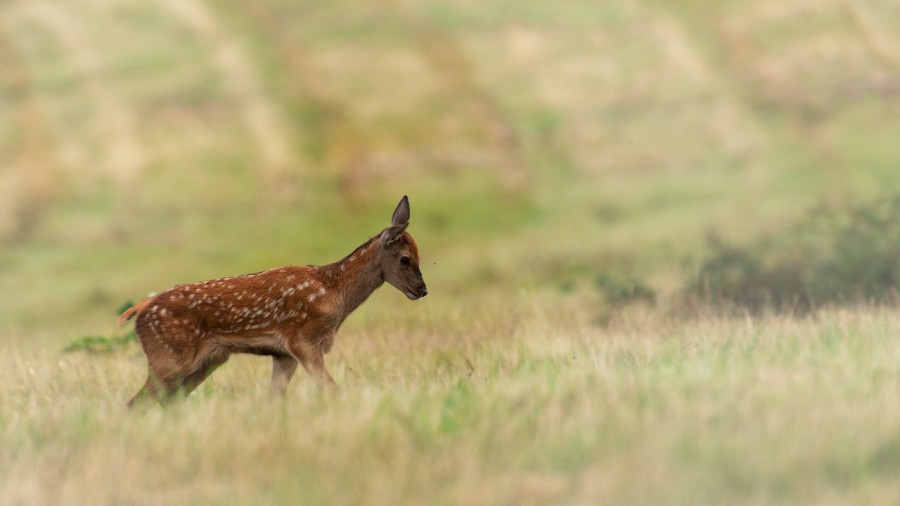 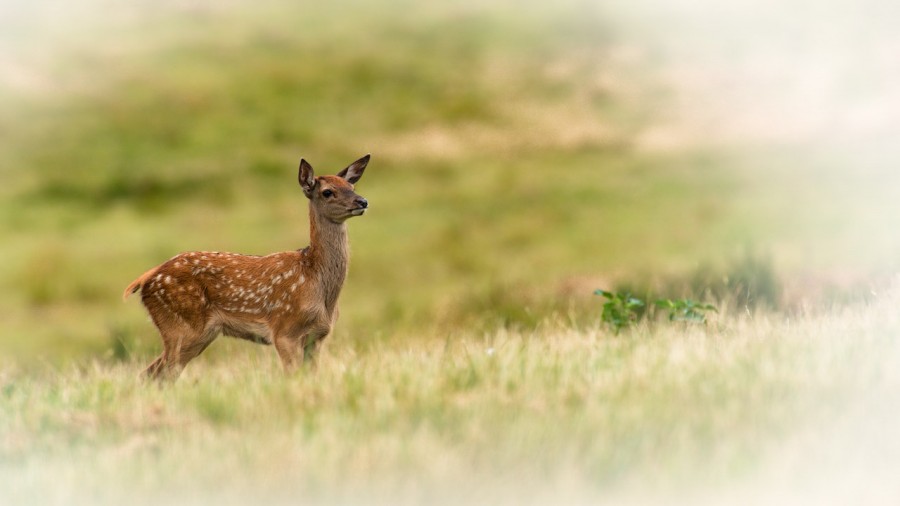 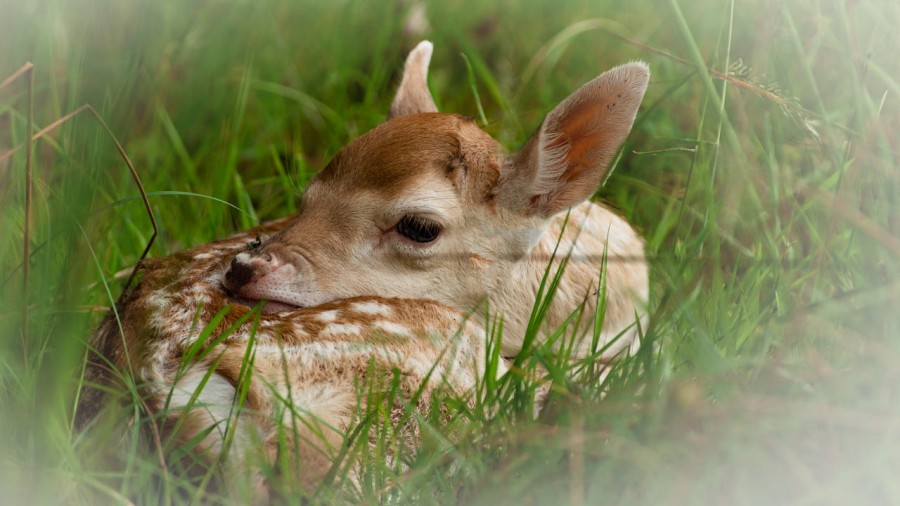 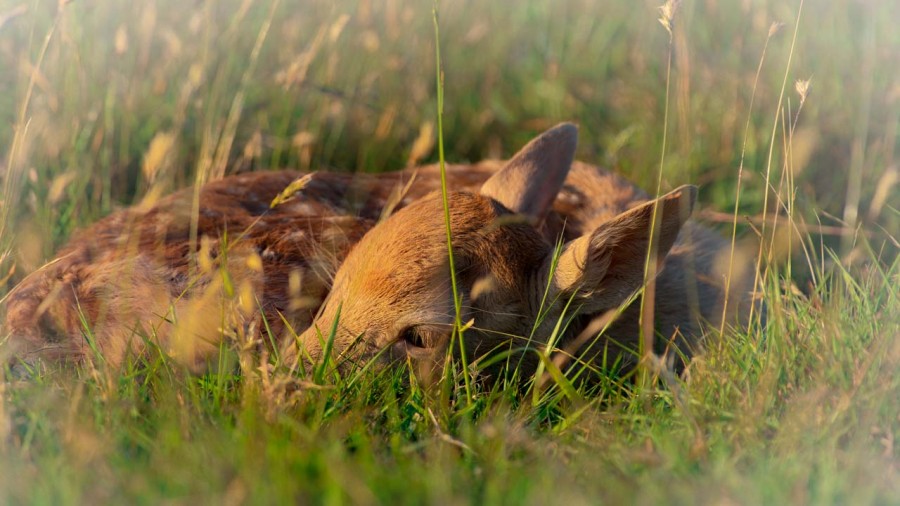 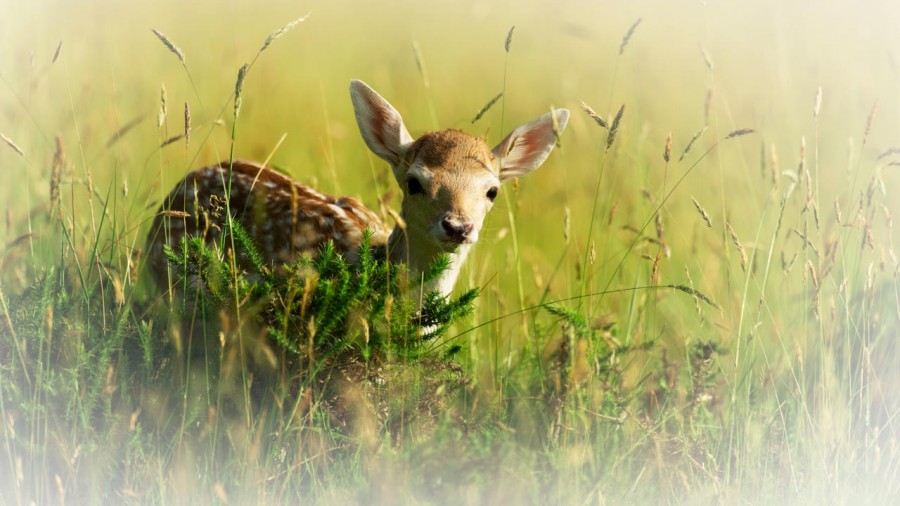 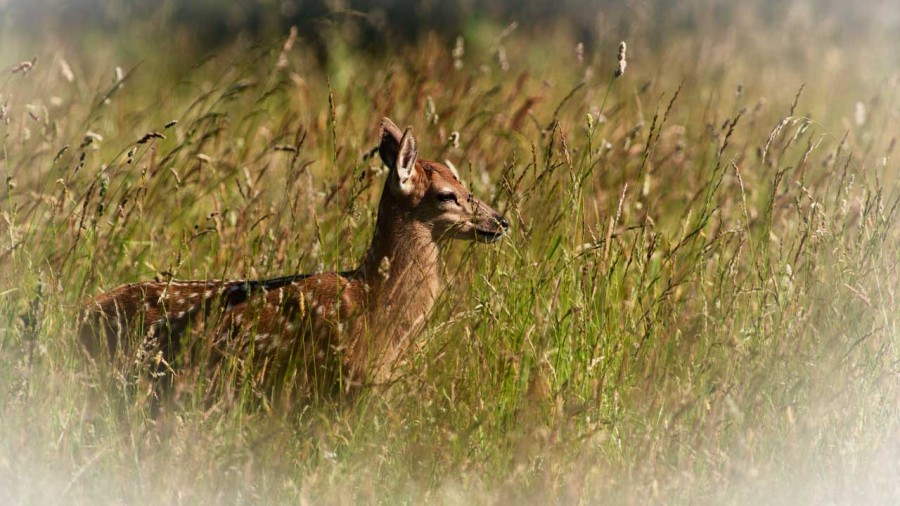 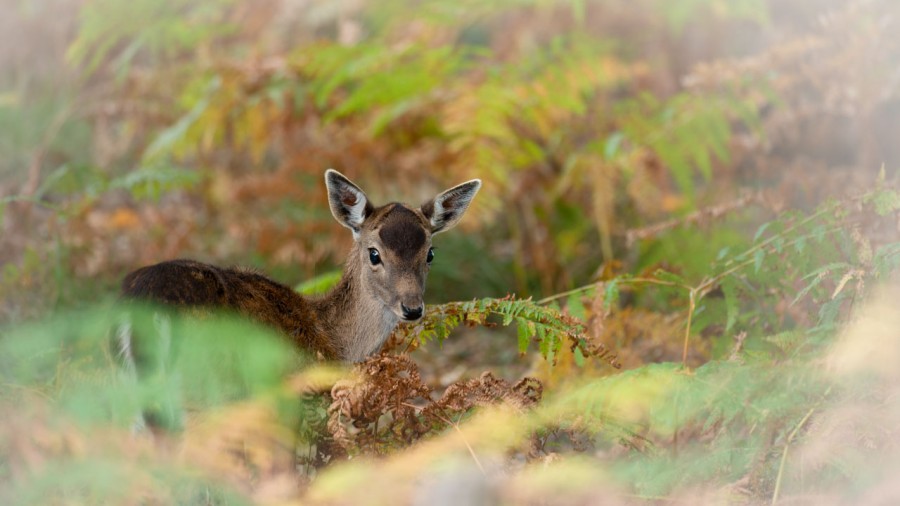 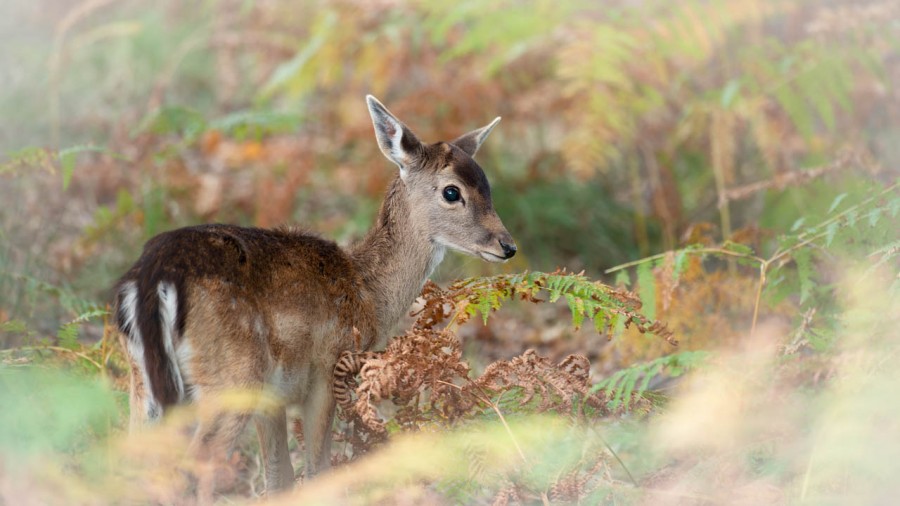 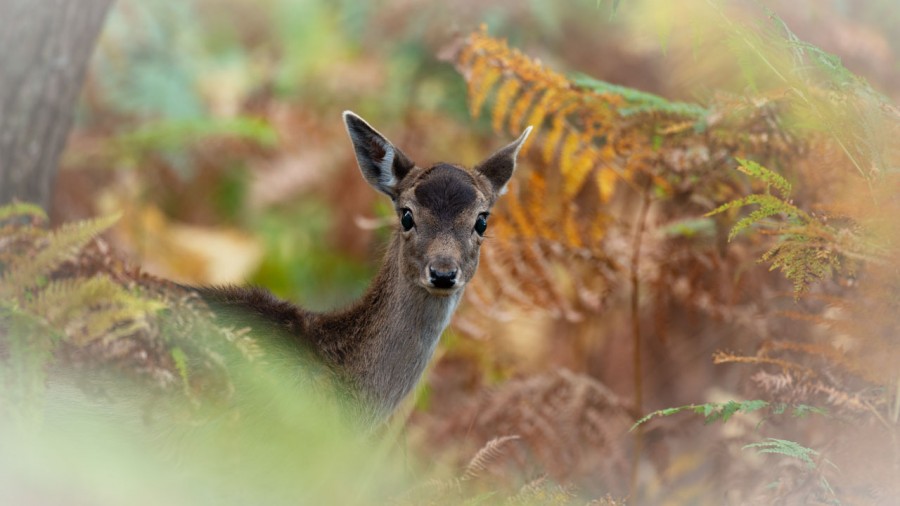 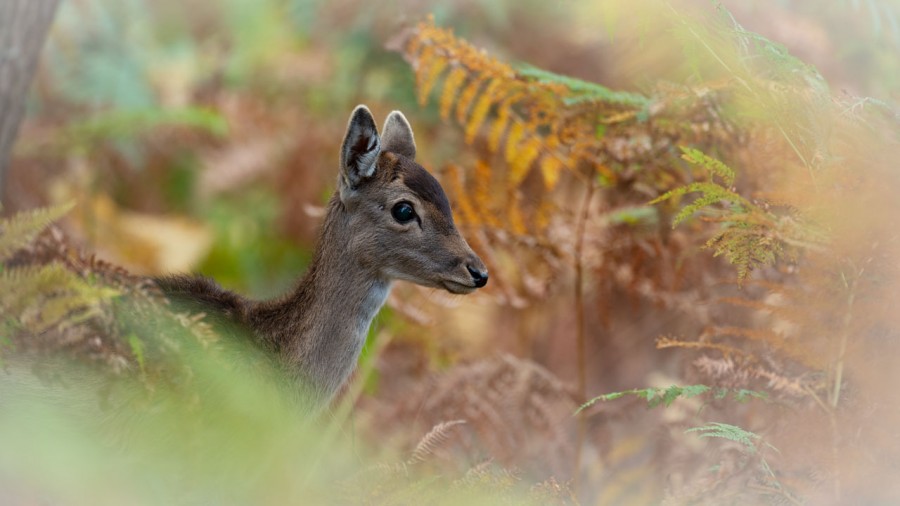 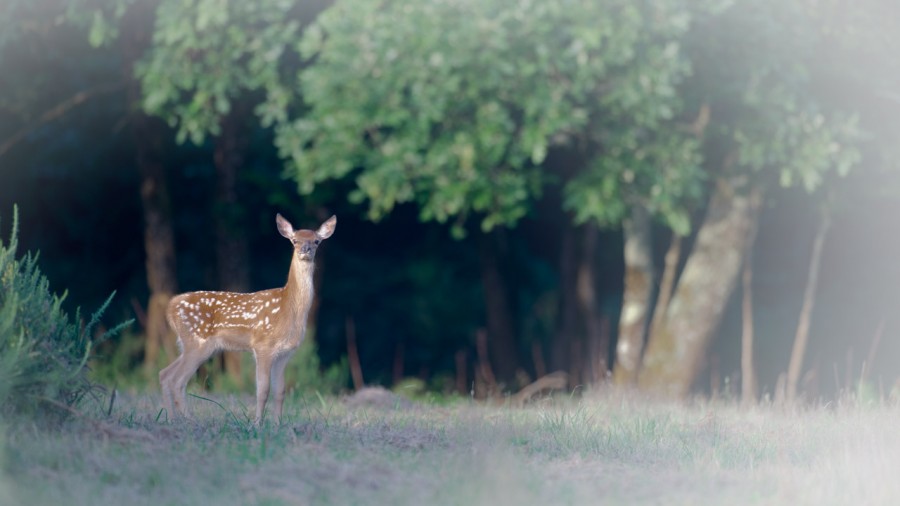 The Period of Births of Red Deer Fawns

Deer fawns are born from the end of May to the beginning of July.

The red deer doe has a gestation of eight months. The does are protruded during the rut period which is between the months of September and October. As the slab lasts about eight weeks, the period of birth spans the same length of time.

When born, the fawn weighs between 5 and 8 kg. He remains in bed for a few days then begins to follow its mother. The doe swallows the placental envelope to avoid attracting predators.

The doe suckles the fawn for six months. It is common during the rut period to photograph fawns suckling. A doe can give birth every year or every two years

The Period of Births of Roe Deer Fawns

The roe deer hind is a very interesting and fascinating animal in terms of reproduction. The hinds are covered during the period going from July 15 to August 15. After mating, the female blocks the development of the embryo until the end of December or the beginning of January.

This phase is called the embryonic diapause.

The birth of a roe deer fawn takes place during the months of May and June. At this time of year, food is plentiful. In total, gestation lasts nine and a half months. But for four months, nothing happens.

The Period of Birth of Fallow Deer Fawns

The fallow deer rutting season takes place in October and November. The gestation of the doe lasts eight months. Fallow deer fawns are born during the months of June and July. It is a time of plenty for food.

To Read the Next Part of the Article, Click Here.
This page has been read 1050 times
If this page interested you, would you give it a note? (5 stars is the best one)?
(7 votes)
Article published on Friday, February 14, 2020 . Written by Amar Guillen

Why and How: Creating Wildlife Photographs in Black and White - 2

Why and How: Making Photography Last in 9 Key Steps - 2

Tagged under
Previous page and next page in this category: « Why and How: Giving Meaning to Your Photos in 3 Steps - 1 Why and How: Creating Wildlife Photographs in Black and White - 1 »
There are no comments posted here yet