The Wreck of the "Recoin" off the Island of Oleron 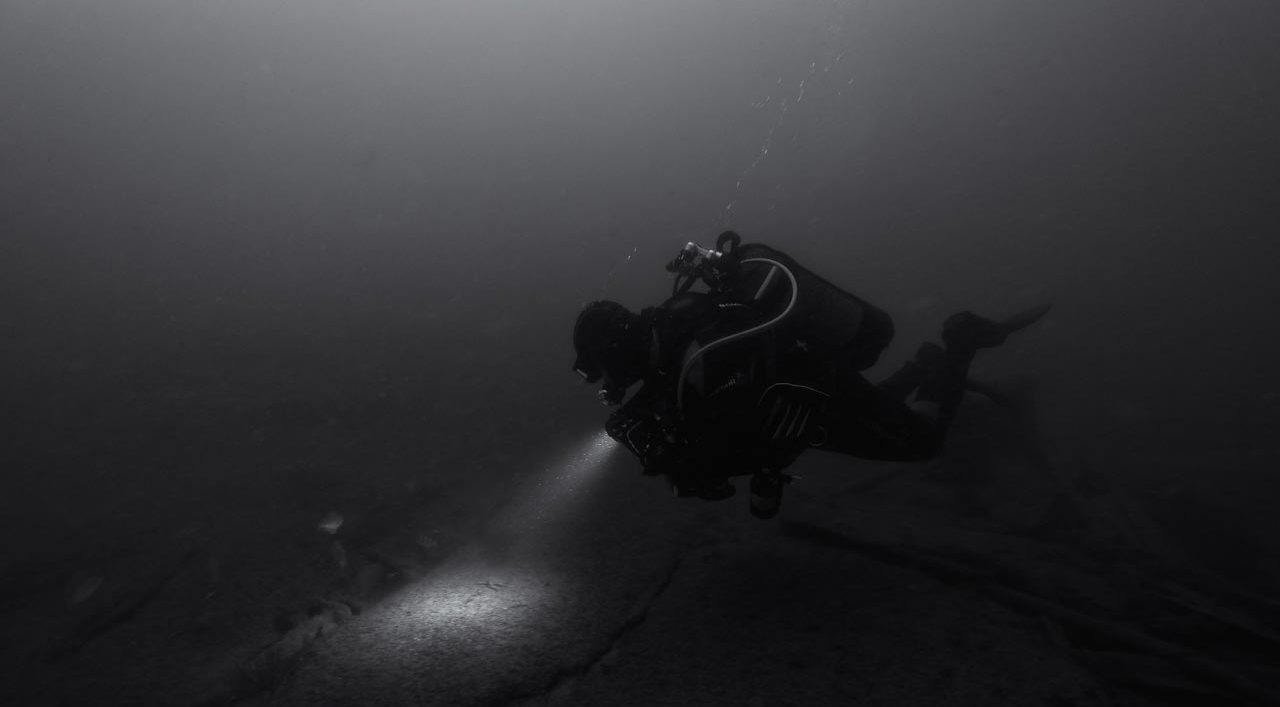 Scuba diver exploring the Recoin wreck off the coast of Oleron Island in France.
Table of Contents

A Wreck With an Unknown History, 25 Yards Under the Surface of the Atlantic

For my latest underwater project, I dove down to a wreck known only by her name: the Recoin. This monumental ship is 25 yards deep off the coast of the island of Oleron in Charente-Maritime, France.

A Passion for Shipwrecks

I love shipwrecks. I never tire of diving down to the piles of metal sheets lying at the bottom of the ocean. In fact, I made my first dives in Normandy off Arromanches to explore wrecks from World War II. I have learned from my years diving that the nature of the first dives determines the complete life of a diver. I do not diverge from the rule. Ever since my first dives, as soon as I get the opportunity to dive to a wreck, I do not hesitate to jump into the water.

Besides the fact that I love shipwrecks in their own right, I have found that they also present extraordinary subjects for photographs. I love to show all of the detail of their structures in the unique lights found underwater.

My First Wreck with an Unknown Story

Until that Sunday of September 2013, I knew the stories behind all the shipwrecks that I had ever explored. I had always learned, whether from books, magazines, or the Internet, the details of the ship’s construction, her career, and how she sank.

As soon as I dive to a wreck to photograph it, I read all the records about the ship. I learn from divers who have had the chance to explore her. All this knowledge allows me to prepare my photographic equipment and also plan my dive to get the best photographs. Learning about the history of a wreck is essential to a successful dive.

This time, my preparation has to be much different. The only information I have about the wreck is her GPS location, her size, and her name: the Recoin. I could find no documentation about the life of the ship, nor the reasons why she sank. However, I managed to learn a little about the ship from some divers who had explored her.

I learned very little about the Recoin before my dive. She was a steamer - her boiler and engine are still there. She sank some time in the 20th century. Her hull is steel. She might have been sunk either during the First or Second World War. Opinions are divided. There is no reliable information either way. The wreck is between 90 and 100 yards long. This is the only information I have.

Two of the divers who will be going with me, Samuel and Jean-Luc, have been here before, and they describe the wreck for me. Their information is the only thing I have to help me plan my dives. The Recoin is lying on a sandy bottom between 25 and 30 yards underwater, depending on the level of the tides. She has almost completely collapsed. The bow and stern are still visible, the propeller and the saffron emerge from the pile of metal, and the boilers and engine are still in good condition. The rest of the hull is just a pile of steel, gradually sinking into the sand under its own weight.

Samuel and Jean-Luc tell me that I will probably see large lobsters in the saffron, huge European congers living in the boilers, and spiky oreo fish crossing near the structure. The general impression I have after hearing their account is that the wreck is interesting for photographing fish, but for not from a historical perspective.

Following the accounts that I heard, I decided to set a lens on my camera for close-up photography. I intend to take photos of fish around the wreck, since apparently the Recoin herself is not particularly interesting as a subject.

The day is beautiful, and the sun is warm. The dive site is located 6 nautical miles from the port "La Côtinière" on Oléron island. I am part of a group of nine divers. Most of them do not know the wreck. The atmosphere on board is amazing. The temperature of the water at the surface is 17 degrees Celsius. It feels very cold, since the outside temperature is 30 degrees Celsius.

But that shock is nothing compared to the thermal shock that I will feel when I go through the thermocline, 9 yards underwater. The temperature drops to 12 degrees Celsius there, and I do not have gloves, because I dive in wetsuits. The cold immediately creeps all over my body. I do not have time to think about it. I have planned a dive of 45 minutes. I must to focus on the pictures which I will take.

Visibility is 6 to 7 yards, which is surprisingly good for an area where it is usually more like 30 inches, and I cannot always see my own hands. I have not dived at the slack water, but Christophe, the diving supervisor, organized the dives with small tidal coefficients. There is no current, so the conditions are perfect for a dive.

My first sight of the wreck is a huge surprise. I expected to find a pile of metal sheets spread around on the sand. I was wrong. The ship is huge. Her structures are clearly identifiable. My first impression is that I need the wide-angle lens on the camera. Unfortunately, I am going to use close up lenses. I will take pictures of the fish and crustaceans living on the wreck.

I photograph a greater forkbeard, pouts, and blennies. The diversity of the wildlife and its density is impressive. The wreck is covered with life. It is an amazing show. I just have to look into a hole between the steel sheets to see a fish.

I am focused on taking my pictures. I forgot the cold. Despite the cold, I am well. Only the Atlantic Ocean can give such a remarkable sense of well-being. It is dark and cold, but I am well, although I cannot explain it.

My pressure gauge gives me the signal to go back up. I just spent 45 minutes at 23 yards. I had no idea how much time had passed.

A Second Dive More in Line With My Passion for Shipwrecks

For the second dive, I put the wide-angle lens on the camera. During my previous dive, I had the opportunity to explore the stern with the enormous propeller and the saffron. I also admired the impressive size of the engine and two boilers. I will have a field day to show the beauty of the Recoin through pictures.

The weather and chemistry between the divers are excellent. This time I do not feel the thermocline at all. I am so excited about the photos I am going to take that I was completely forget about the cold.

This time, I begin my dive by exploring the two huge boilers and the massive engine in the middle of the wreck. They are all perfectly preserved. They proudly stand as guardians of the wreck, and of its history. They are the only ones to know the history of the Recoin and the reasons why she sank. But they do not speak to me of the secrets that they know. The mystery of the Recoin will remain.

After examining the engine and boilers, I follow a huge piece of metal that leads me to the stern of the shipwreck. The main propeller sits proudly on the saffron (I will find a spare propeller lying on the sand). It has perhaps seen many divers trying to discover the secrets of the wreck.  It may see many more, but it will tell them, as it tells me, nothing. I take pictures continuously. I have decided to take my pictures in natural light. I already know that I am going to create a series in black and white. It is better suited to the atmosphere of the wreck. Once again, time seems far too short to me.

Spellbound by the wreck, I have totally forgotten the passage of time. My dive time is already well underway. I do not have time to go explore the front of the Recoin. My body are already saturated with nitrogen. This time it is my dive computer which tells me that it is time to start my ascent.

The Wreck of the Recoin Retains Its Mystery

The fact that I never got the chance to explore the bows of the Recoin gives me an excellent excuse to go explore this magnificent ship again. I have not found anything which might explain why she sank. The wreck retains her mystery and its history, and yet it is much better this way. 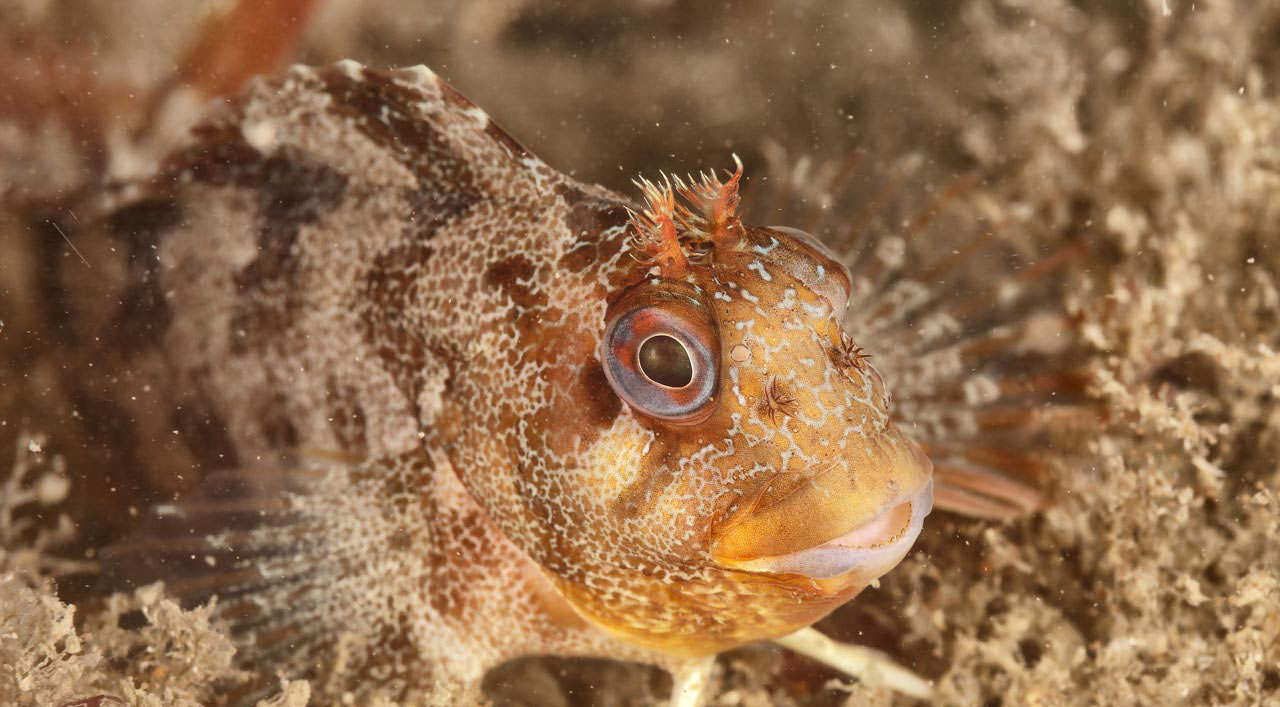 Tompot Blenny hidding in the Recoin wreck off the coast of Oleron Island in France. 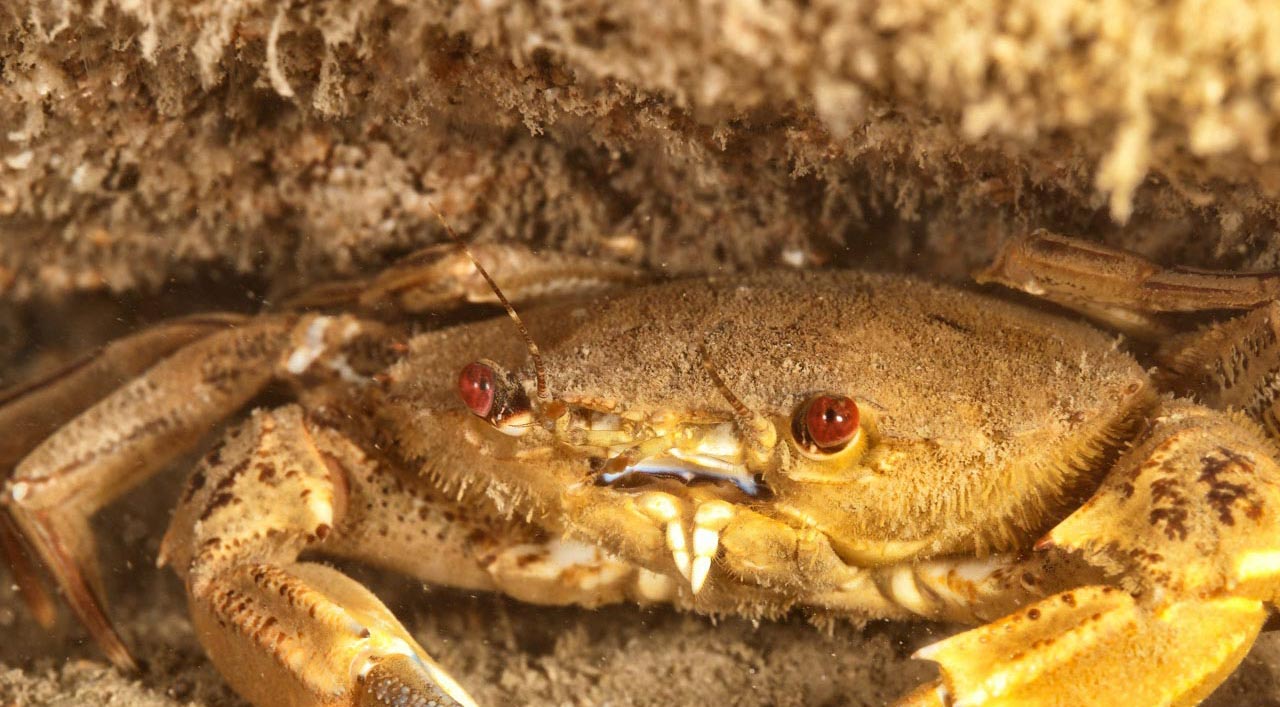 Velvet crab hidding in the Recoin wreck off the coast of Oleron Island in France. 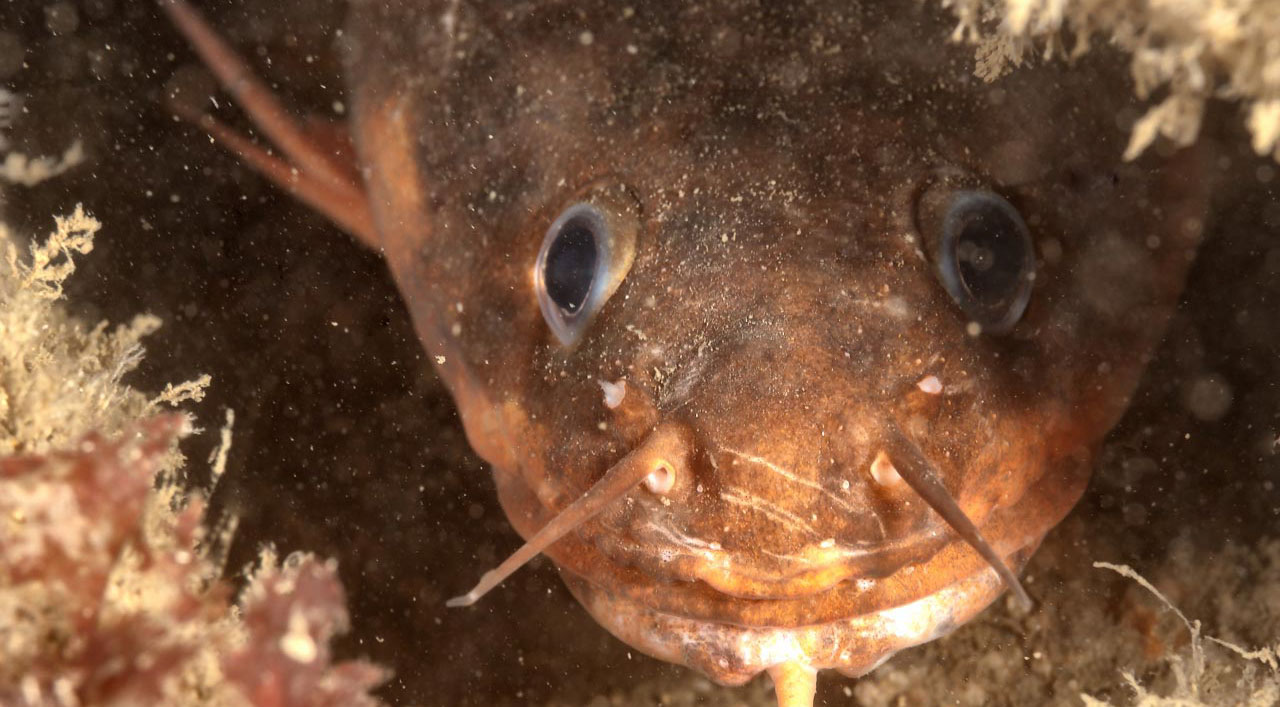 Forkbeard hidding in the Recoin wreck off the coast of Oleron Island in France. 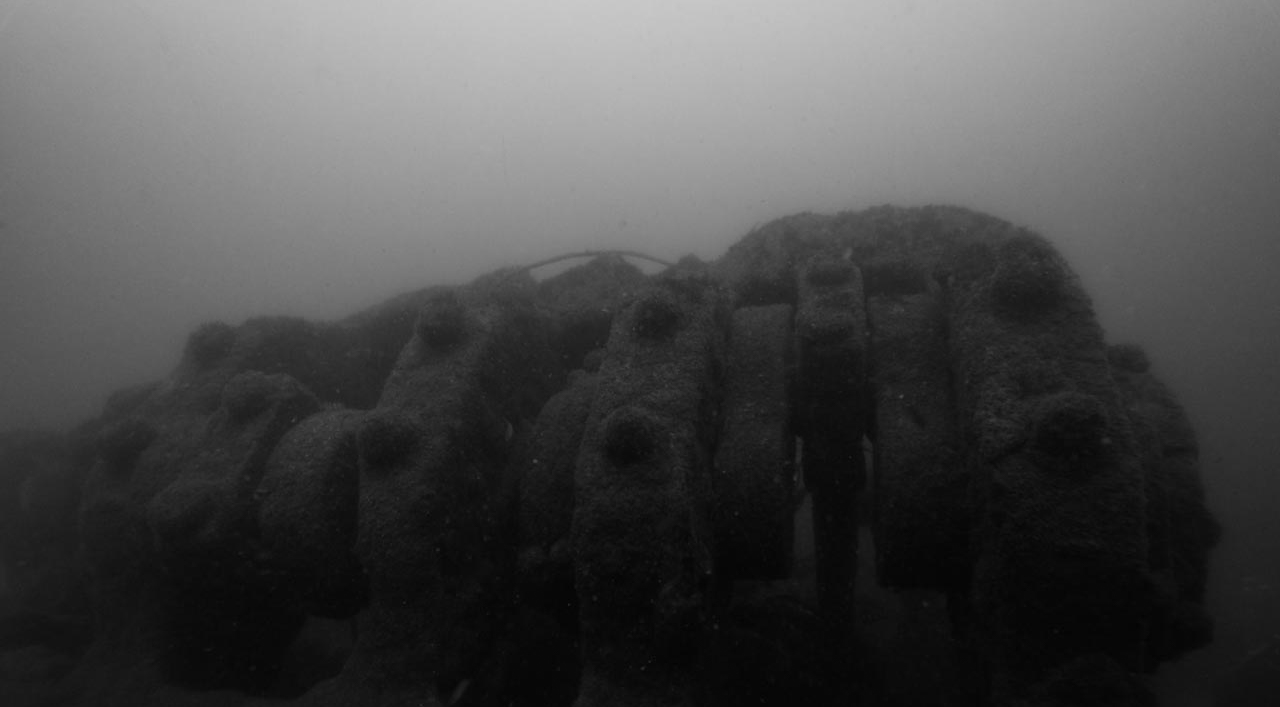 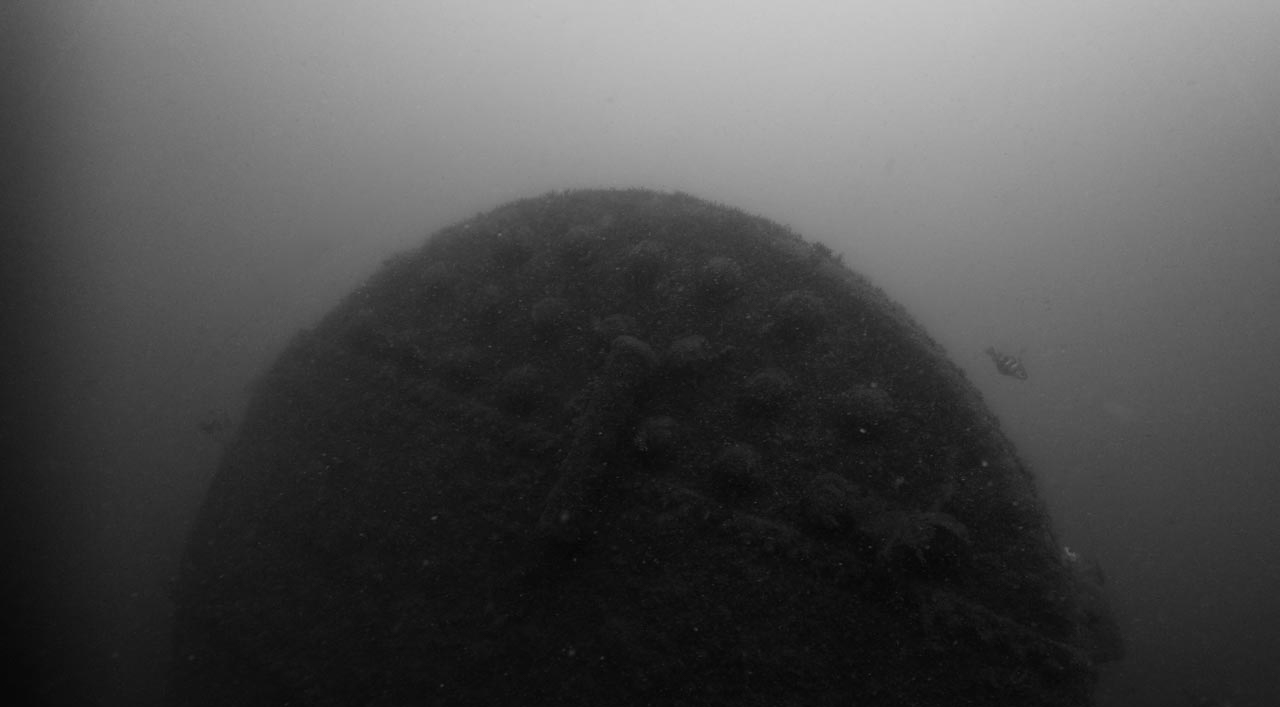 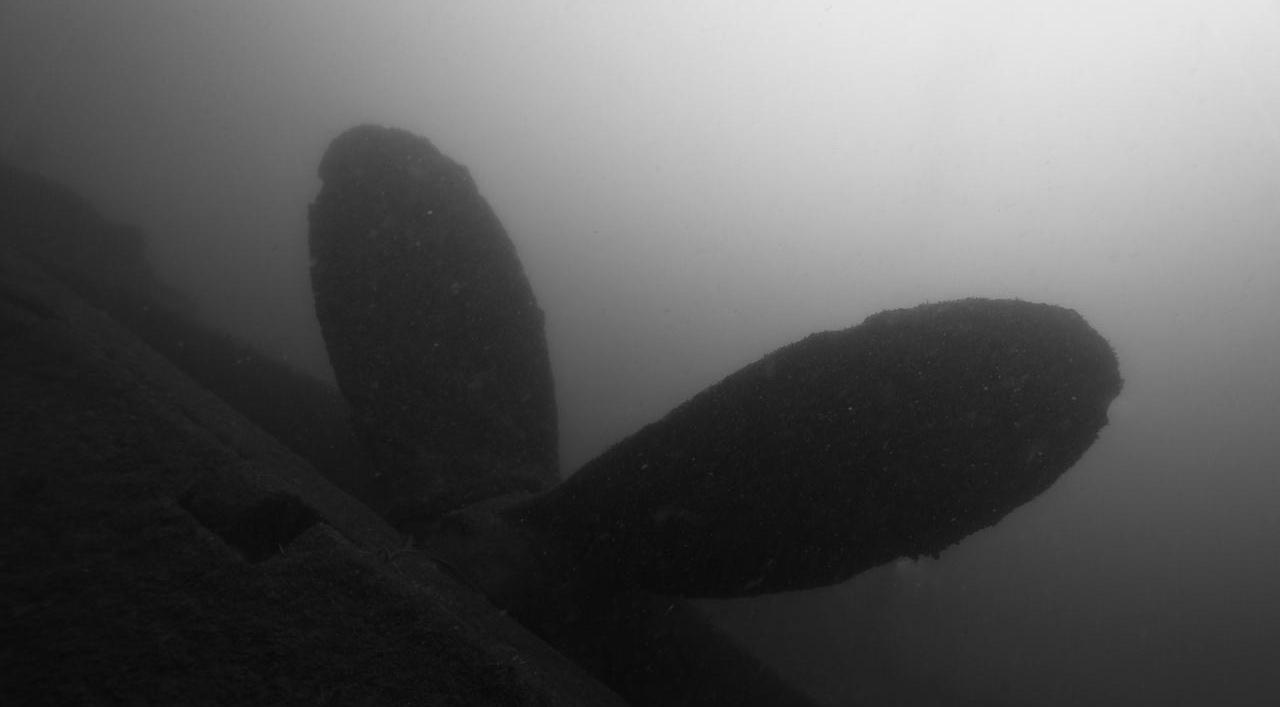 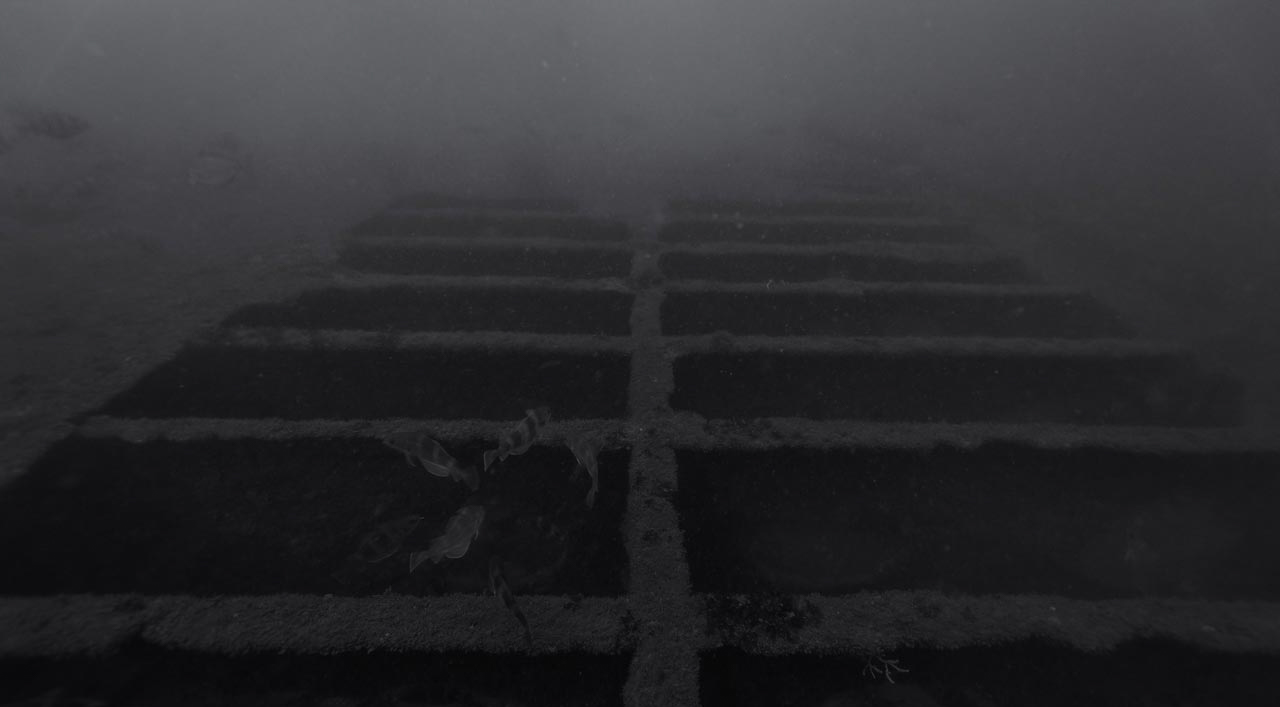 The wreck of Recoin off the coast of Oleron island in Charente-Maritime, France, Atlantic ocean.
If this page interested you, would you give it a note? (5 stars is the best one)?
(24 votes)
Previous Article: The 15 Magical Minutes in Landscape Photography Next Article: Wildlife From the Beaufortain Area in the French Alps

2012
Why and How: Defining Your Photographic Statement to Improve Your Photos

Why and How Photographing Artistically the Ethiopian Wolf

2416
Why and How Photographing Artistically the Ethiopian Wolf

How to Manage the Criticism of Your Photos

1246
How to Manage the Criticism of Your Photos