Caddo Lake is a huge wetland with an area of 10,300 hectares (25,400 acres). It is located on the border between Texas and Louisiana. The lake, which is the only natural lake in Texas, is home to the largest bald cypress forest in the world. Our black and white photographs praise the beauty of this rugged region of the United States. 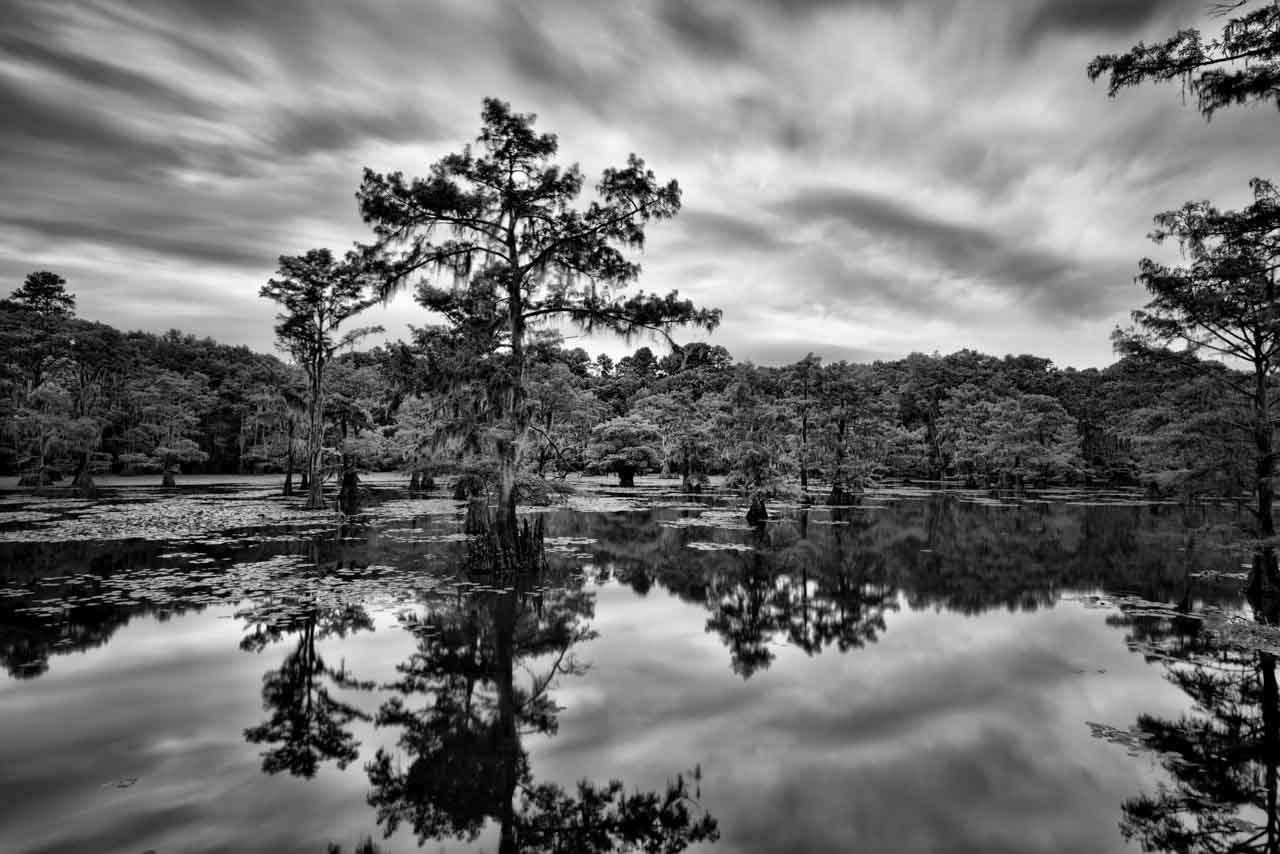 Landscape of Caddo Lake in Texas in United States.

According to a legend that originates in 1812, Caddo Lake was formed by tremendous earthquakes. Its name is derived from the tribe of Caddo Indians. This tribe lived in that area until being expelled in the 19th century by settlers who had discovered an oil field in that region.

Since the mid-1960s, many people claim to have seen Bigfoot in the bald cypress forest. A TV report has been made on this subject.

We must admit that the spectral forms of the bald cypresses are haunting. When dusk falls, the imagination races with creepy thoughts. Even we thought we saw strange shapes as we captured photographs.

Caddo Lake is not only famous for the appearances of Bigfoot. It is home to the largest bald cypress forest in the world. Cypress trees easily adapt to wet areas. They can reach 30 to 50 meters (90 to 150 feet) high and the trunk diameter can reach 2 meters (7 feet). This majestic tree can live from 300 to 500 years. For landscape photography, Caddo Lake offers extraordinary opportunities during every moment of the day. The trees carry an evocative and majestic spirit. When you spend several hours contemplating them, it is easy to imagine that they represent a crowd of wild men from another world.

To photograph Caddo Lake, it is possible to walk along some of the banks that remain open to the public. Most of the banks are closed, as they are located on private properties. Another method, and we consider this to be the best option, is to rent a boat. However, one must be careful not to get lost in the labyrinth of bald cypresses. After staring at trees for hours, they appear nearly identical and it is easy to lose direction. GPS is essential for these photography trips.

When you meander through the winding twists and curves of the lake, it is important to take the time to immerse yourself in the breathtaking wonder of the forest. Allowing your imagination to flow freely is crucial. A piece of good advice is to let go of worries and concerns. One must become engulfed by narrow paths in the forest.

We chose black and white because the branches covered with Spanish moss give a gloomy, strange, and timeless atmosphere.

To capture these photographs, we made many trips that lasted for several days. We had a tough time cracking the mysteries of bald cypress trees to accurately report their beauty. With a semblance of patience and self-sacrifice, we ended up finding both a story and rhythm to weave into the photos.

Photographing Caddo Lake is not just about photographing trees. It also involves playing with reflections and shapes. Every tiny detail is important. Wide shots are just as revealing as tight shots.

Photographing Caddo Lake is a real challenge because you cannot use the same simplicity as travel photography. When we walk in the woods, we can feel a strange rumor and strange sensations. The Caddo Indians have lived for hundreds of years in this region. They had to have their reasons for choosing to stay in such a haunting place. They certainly did not leave without leaving behind a trace of their passage.

This is what we tried to illuminate within these photos, that Caddo Lake is more than just a lake for boating. It truly has a soul with value and dignity, and photography is certainly the best way to capture this. 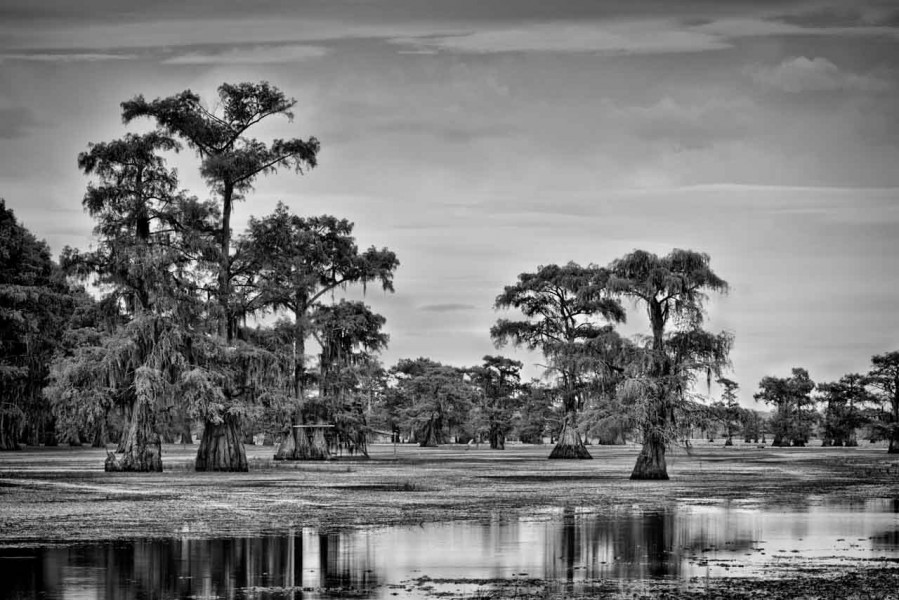 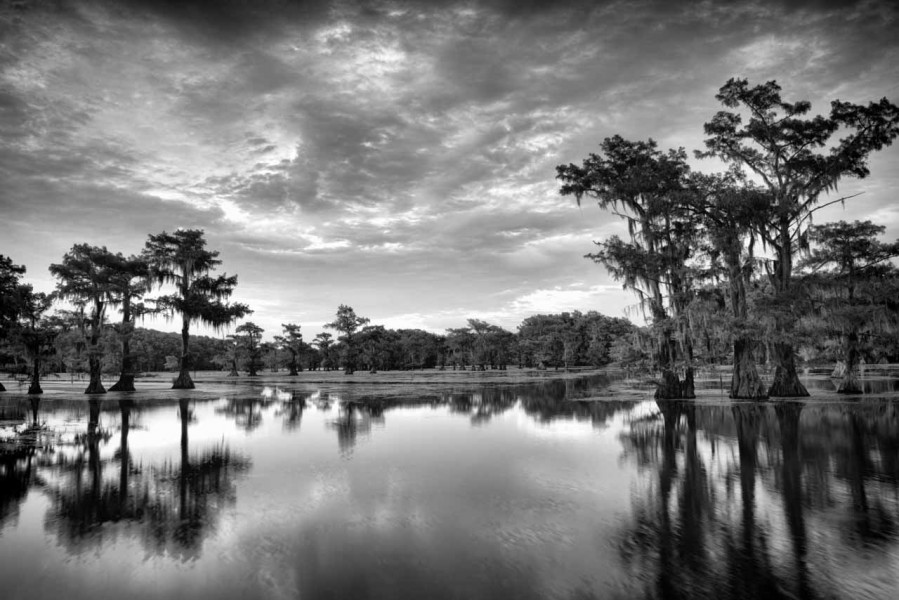 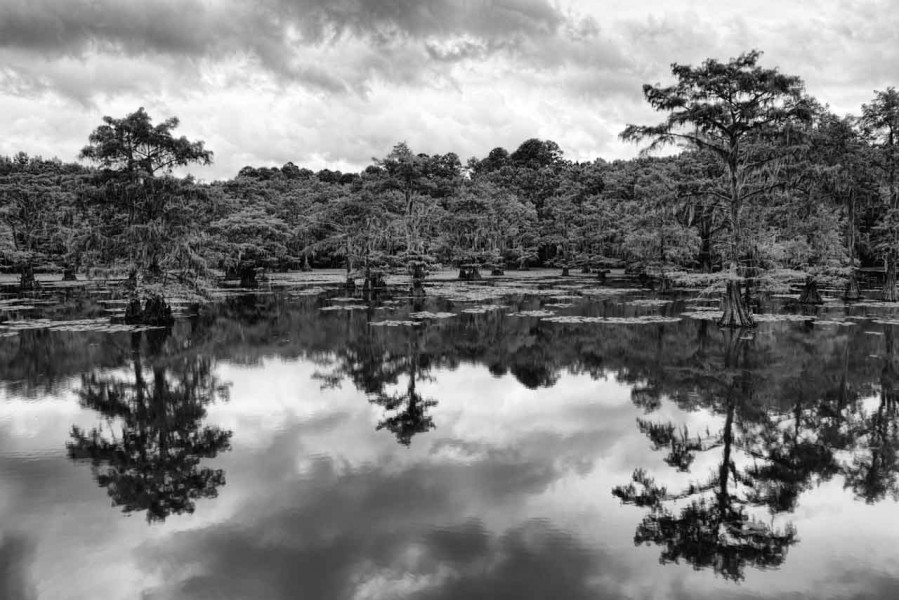 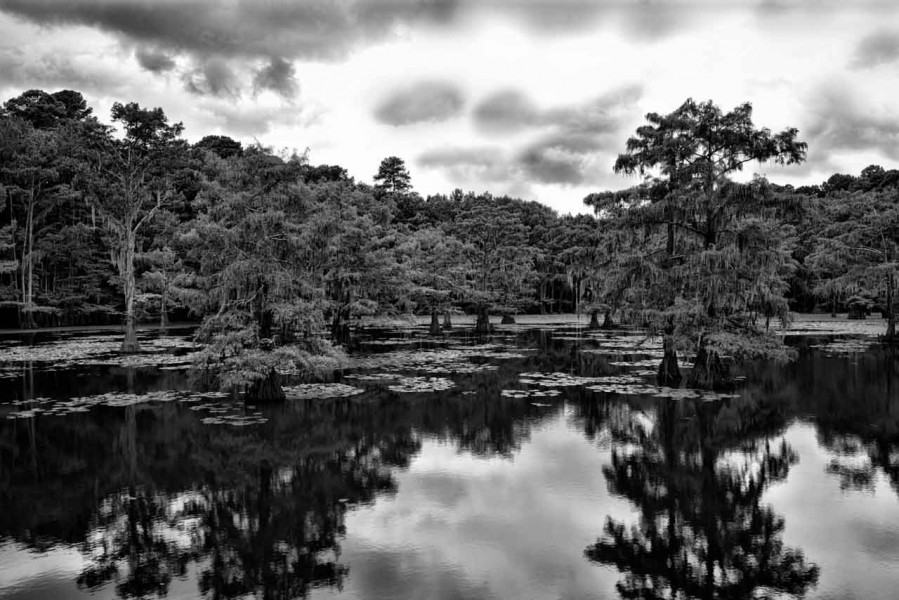 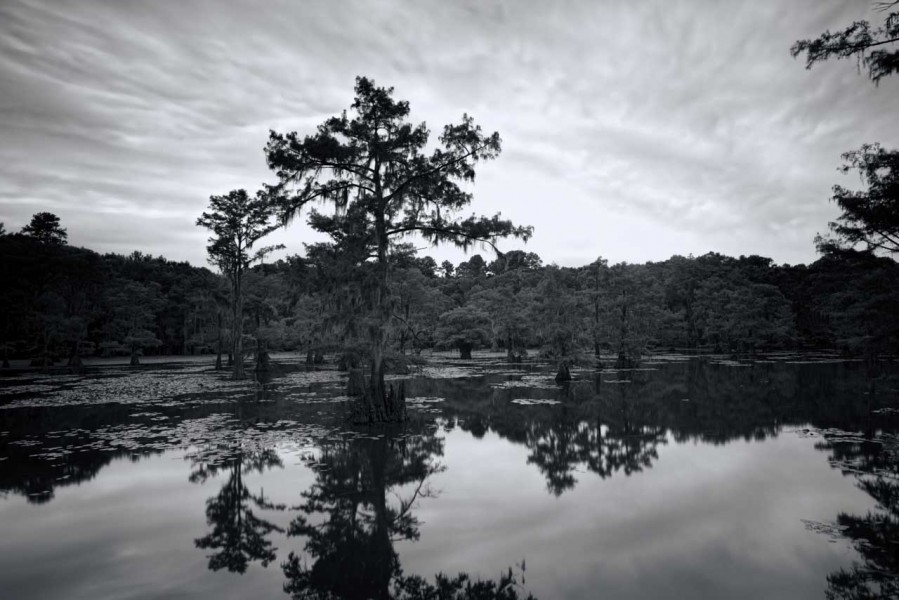 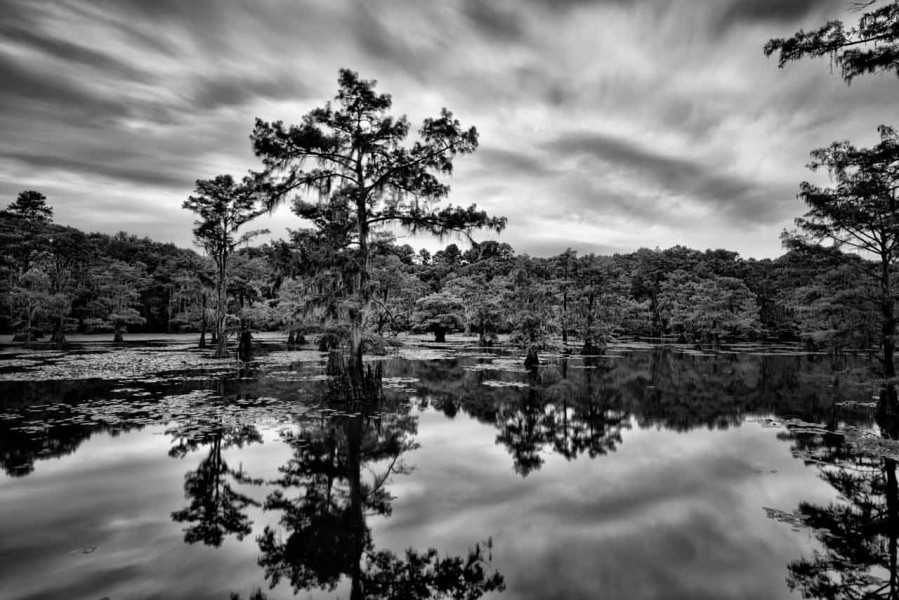 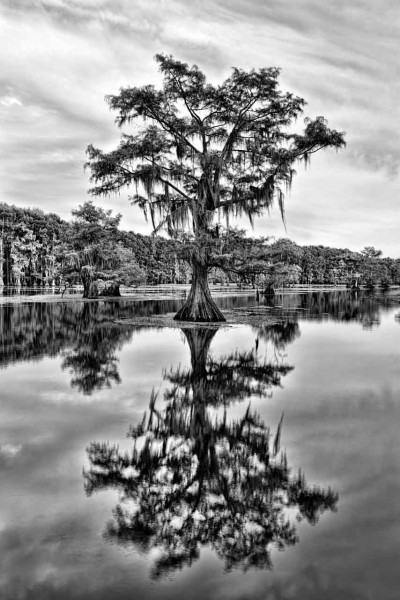 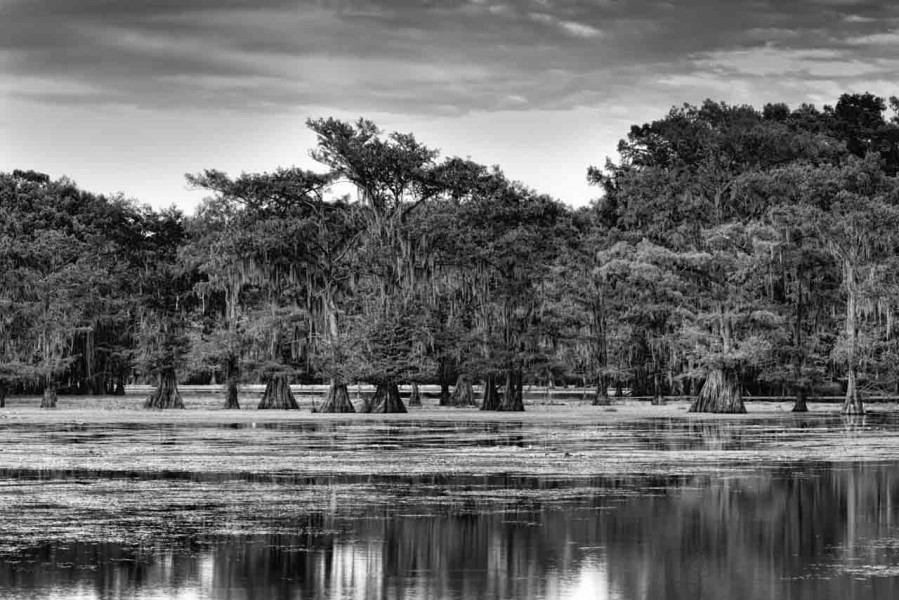 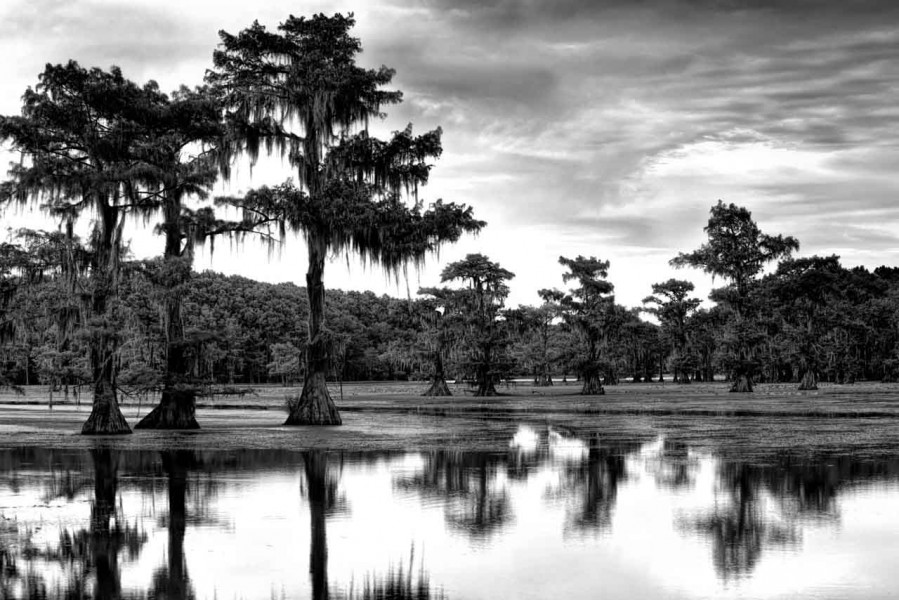 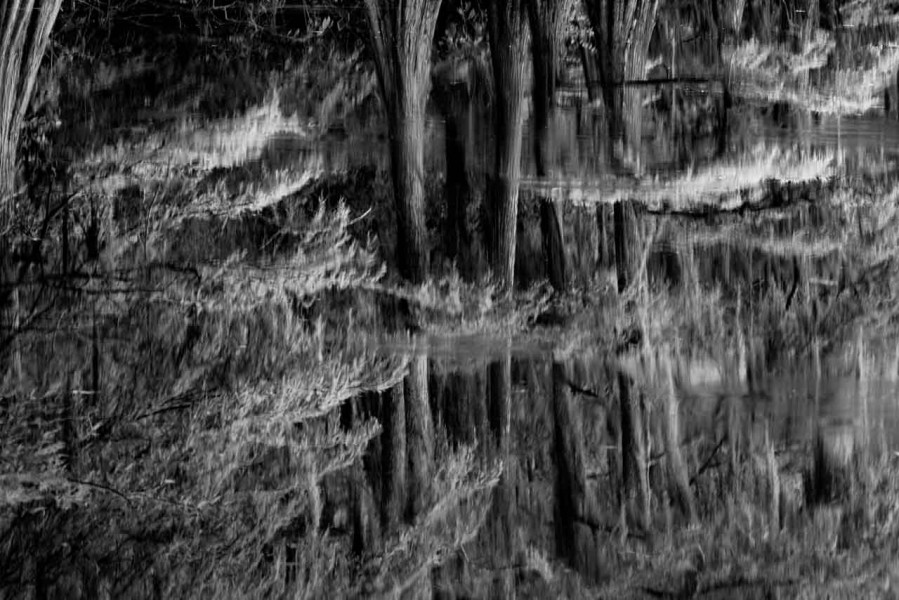 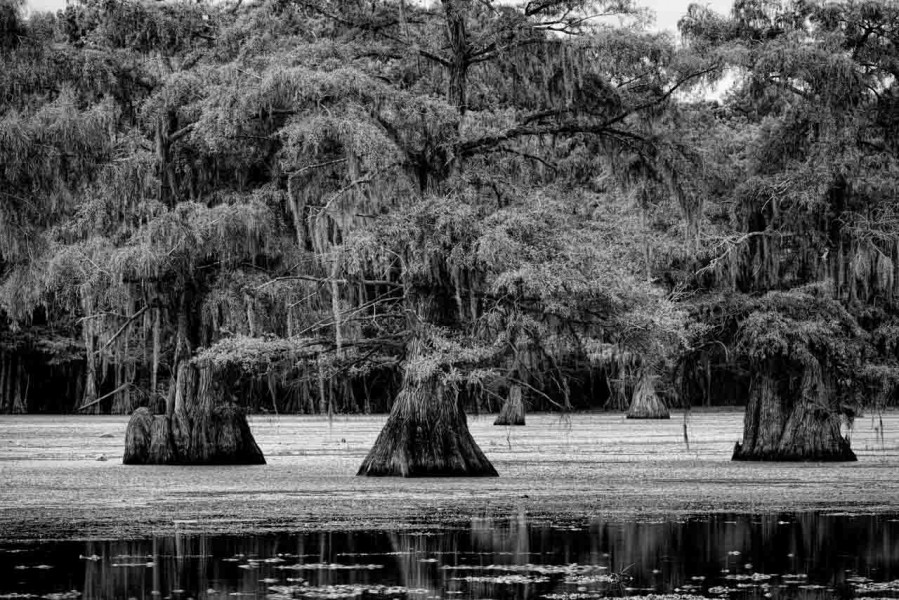 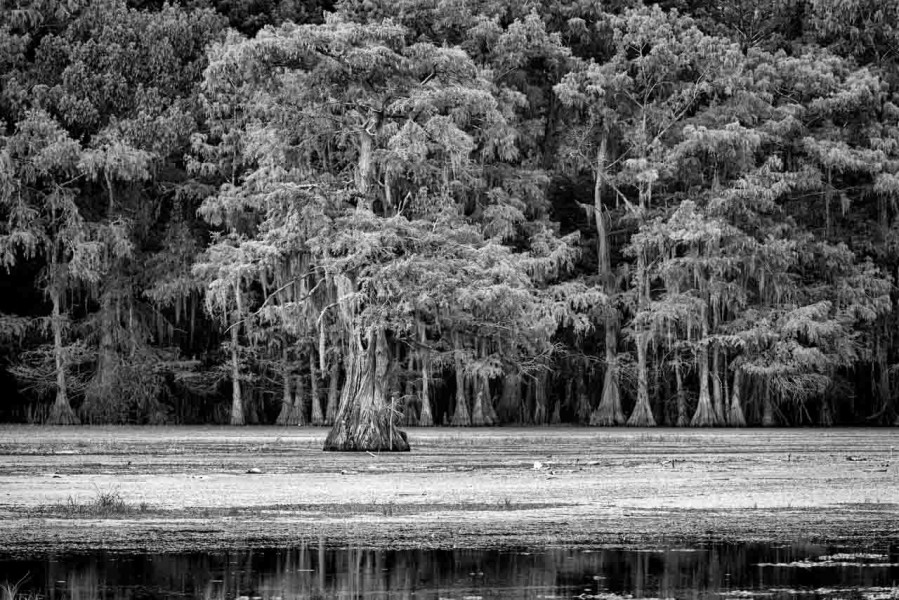 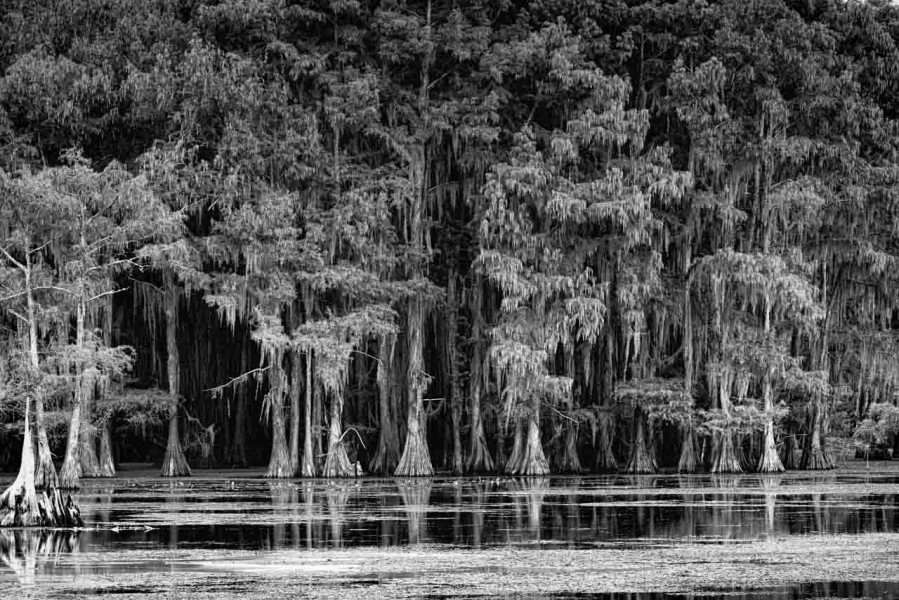 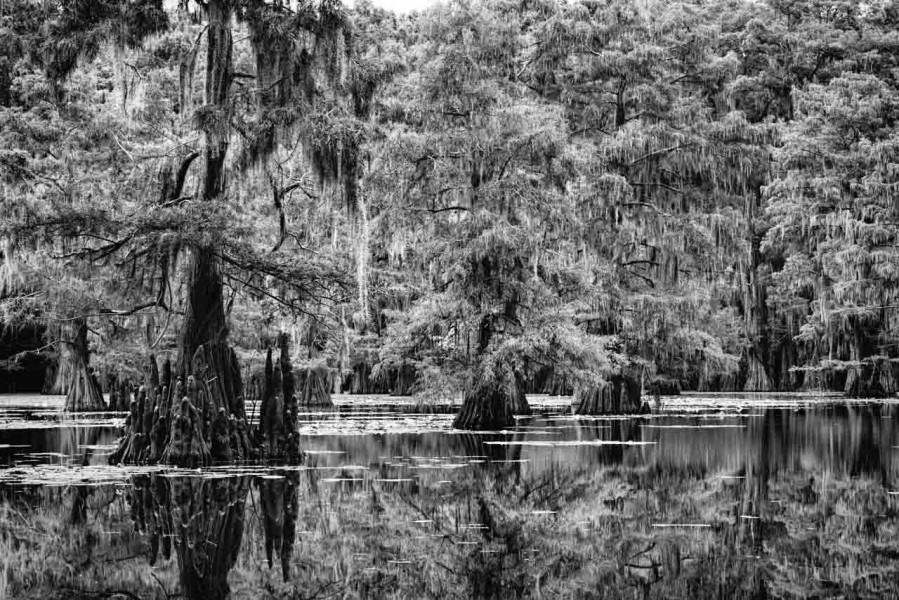 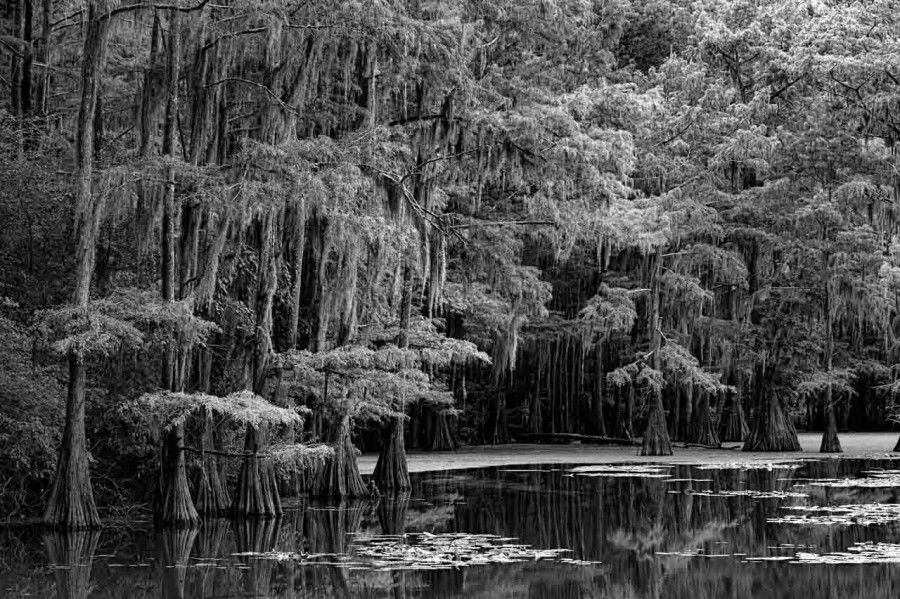 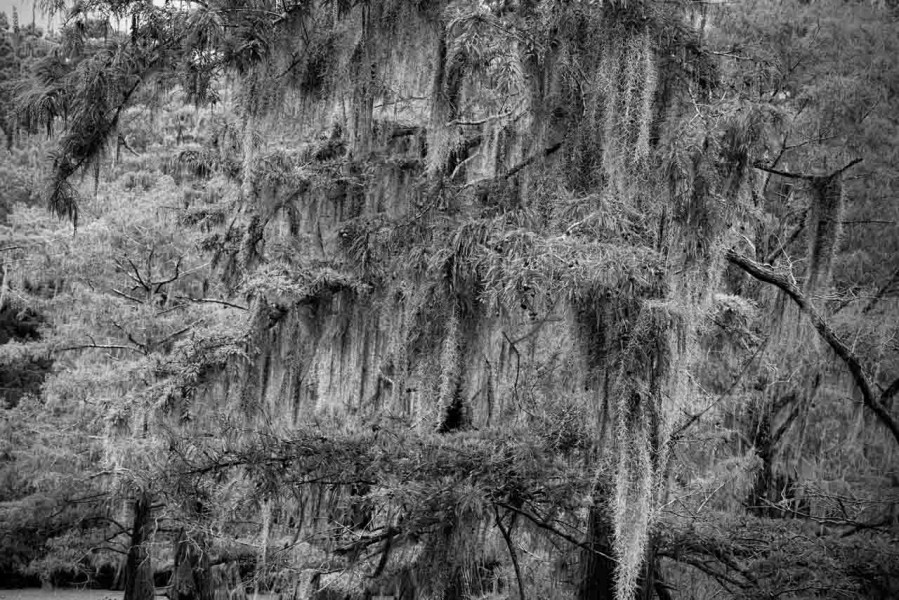 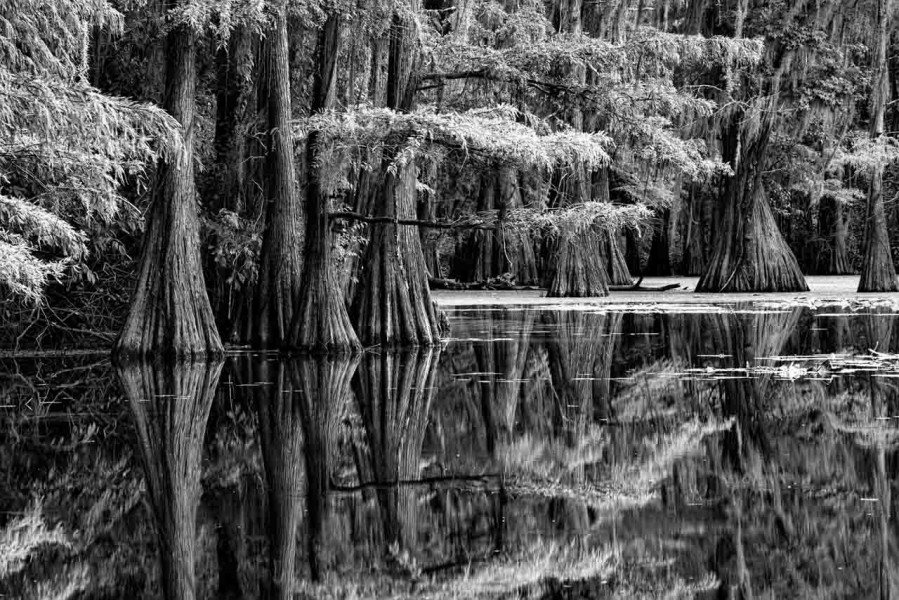 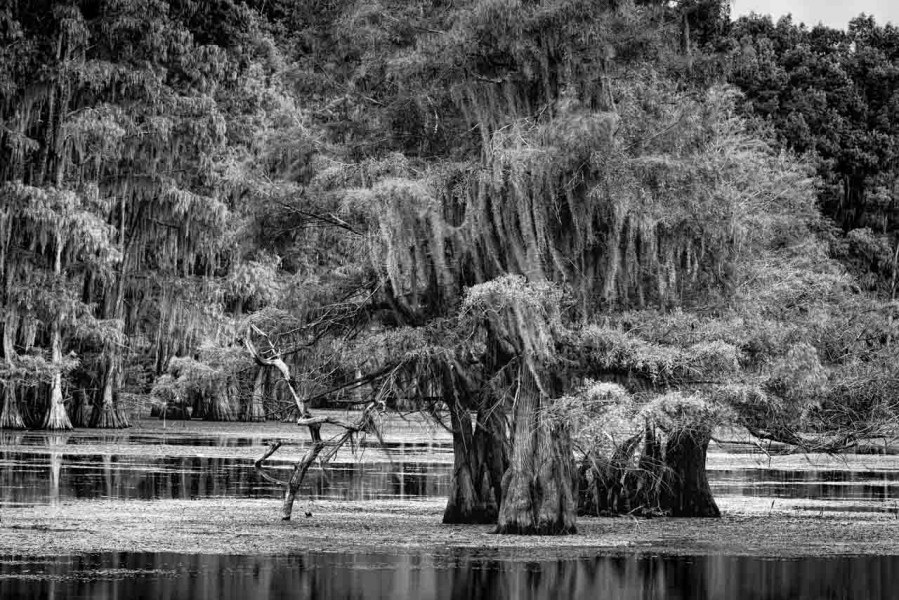 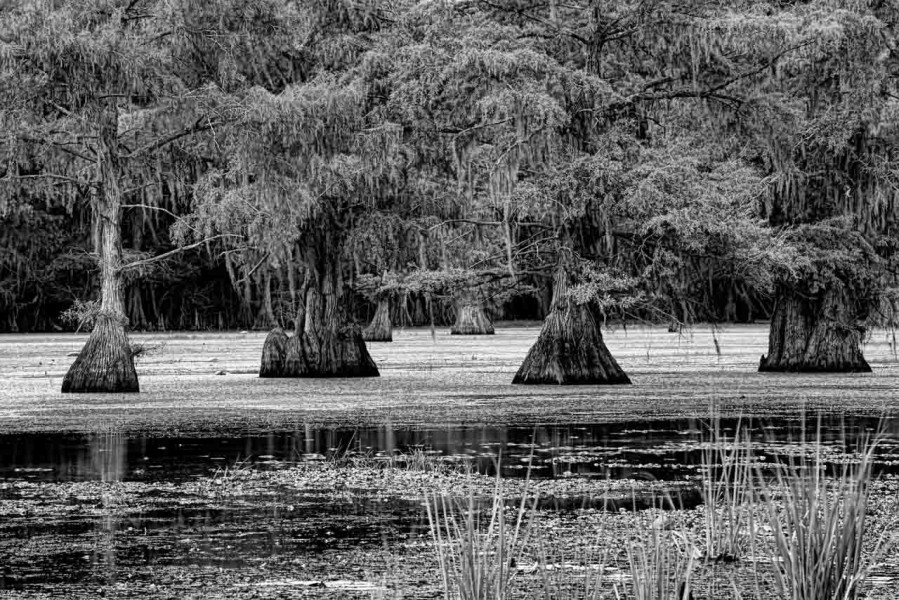 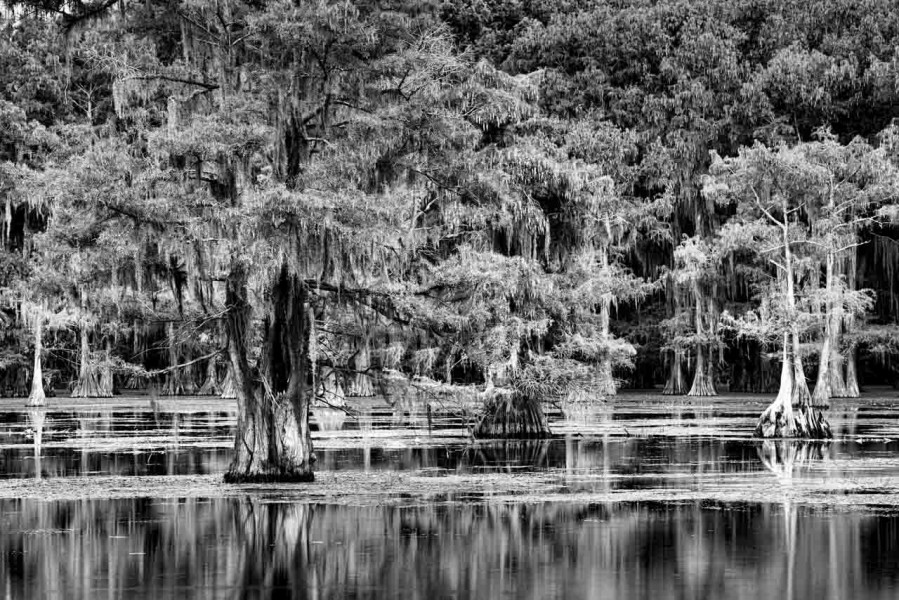 Click Here To See Black and White Fine Art Print Collections.
This page has been read 1891 times
If this page interested you, would you give it a note? (5 stars is the best one)?
(39 votes)
Article published on Friday, April 20, 2018 . Written by Amar Guillen

The 15 magical minutes in landscape photography

Why and How: Giving Meaning to Your Photos in 3 Steps - 1

Tagged under
Previous page and next page in this category: « Why and How Creating Wildlife Photos in High Key Black and White - 1 Why It Is So Difficult to Judge a Fine Art Photograph »
There are no comments posted here yet