We heard this phrase in the 1956 movie "Comanche," directed by George Sherman. One of the Indian leaders uses it to describe the land of the American Southwest, especially of Arizona.

It means that there are no barriers and that everyone can breathe freely, wherever they are. These words triggered our love for the landscapes of the American Southwest 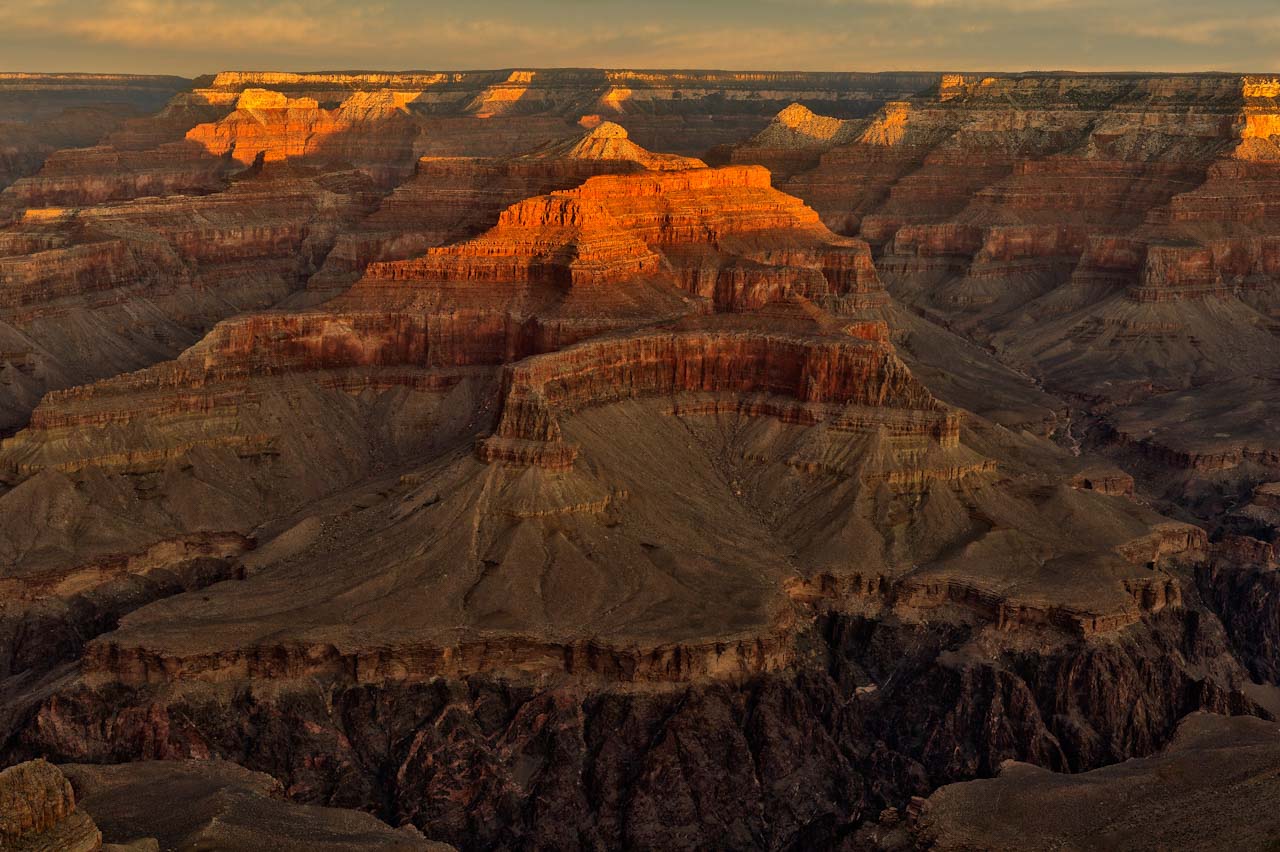 The south of Grand Canyon photographed at sunset.

For two years we worked in the southeastern US

After we moved to the United States, we traveled between the states of Texas and Florida. They are particularly interesting for scuba diving, with thousands of miles of wild coastline and very extensive marine reserves. For two years, we traveled all over the southeastern United States in search of good spots for diving, whether located in the Atlantic, in the Gulf of Mexico, or inland. In fact, Florida has many caves where it is possible to dive.

We thought the legendary landscapes of the American Southwest were reserved for tourists and postcard-type pictures. In our artistic quest, we were looking instead for authenticity and hidden treasures that nobody talks about.

One late summer evening, to perfect our English, we decided to watch a western. We chose George Sherman’s "Comanche". Westerns are easy to understand and their plots are not complicated. This one is no exception to the rule. The Comanche Indians are claiming land from which they are going to be evicted, so they rebel. One of the rebel leaders says a sentence that will change us forever: "This is a country where the wind blows free and there is nothing to break the light of the sun".

A few weeks later, we drove to the northern end of the Grand Canyon in southern Utah.

The shock of seeing the Grand Canyon

It is still impossible today to describe the emotions we felt the first time we admired the Grand Canyon from the heights of the Colorado Plateau. In our minds, it was primarily a tourist spot, where people pour out of buses to take a photo before leaving to photograph another attraction. We were totally wrong.

It was an autumn morning. The sun rose slowly in the East. We were almost alone. It was a real revelation for us. For the first time we understood what the word "immensity" means. We felt dizzy in front of the immense landscapes. We were overwhelmed by all the different colors, and the lights that illuminated the rocks. We spent all day sitting on a rock and watching. This was certainly the longest picnic we've ever been on. 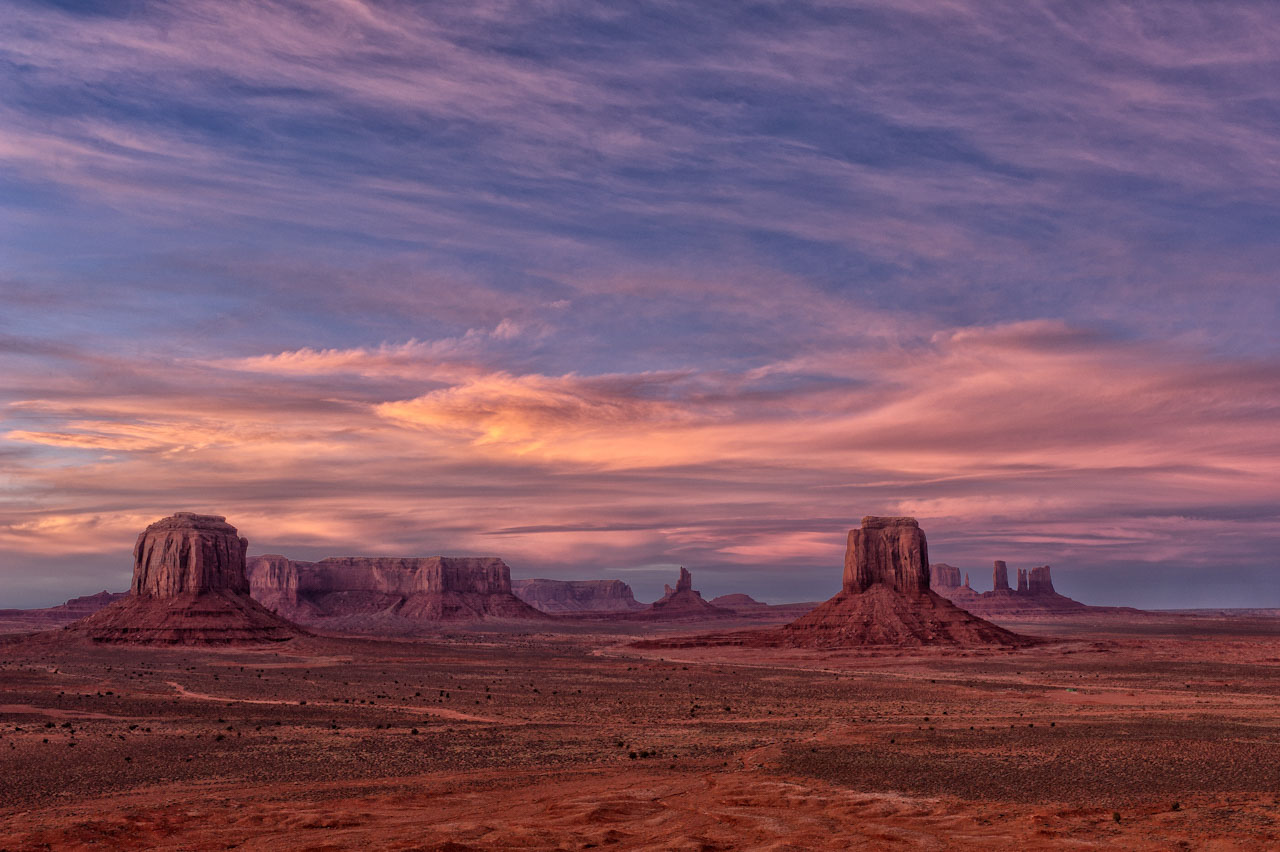 The Grand Canyon was just the beginning

This trip in October 2003 was the beginning of a real love for the beauties of the nature of the American Southwest.

We went to photograph Zion Canyon, Bryce Canyon, the Petrified Forest, Antelope Canyon, the deserts of Arizona, and others. Each year, through other photographers’ pictures, magazine articles, and every book we buy about this region, we discover hidden treasures whose existence we had never suspected.

While we have not experienced the dizzy feeling of seeing the Grand Canyon for the first time at each place we visit and photograph, we still feel the same sense of freedom 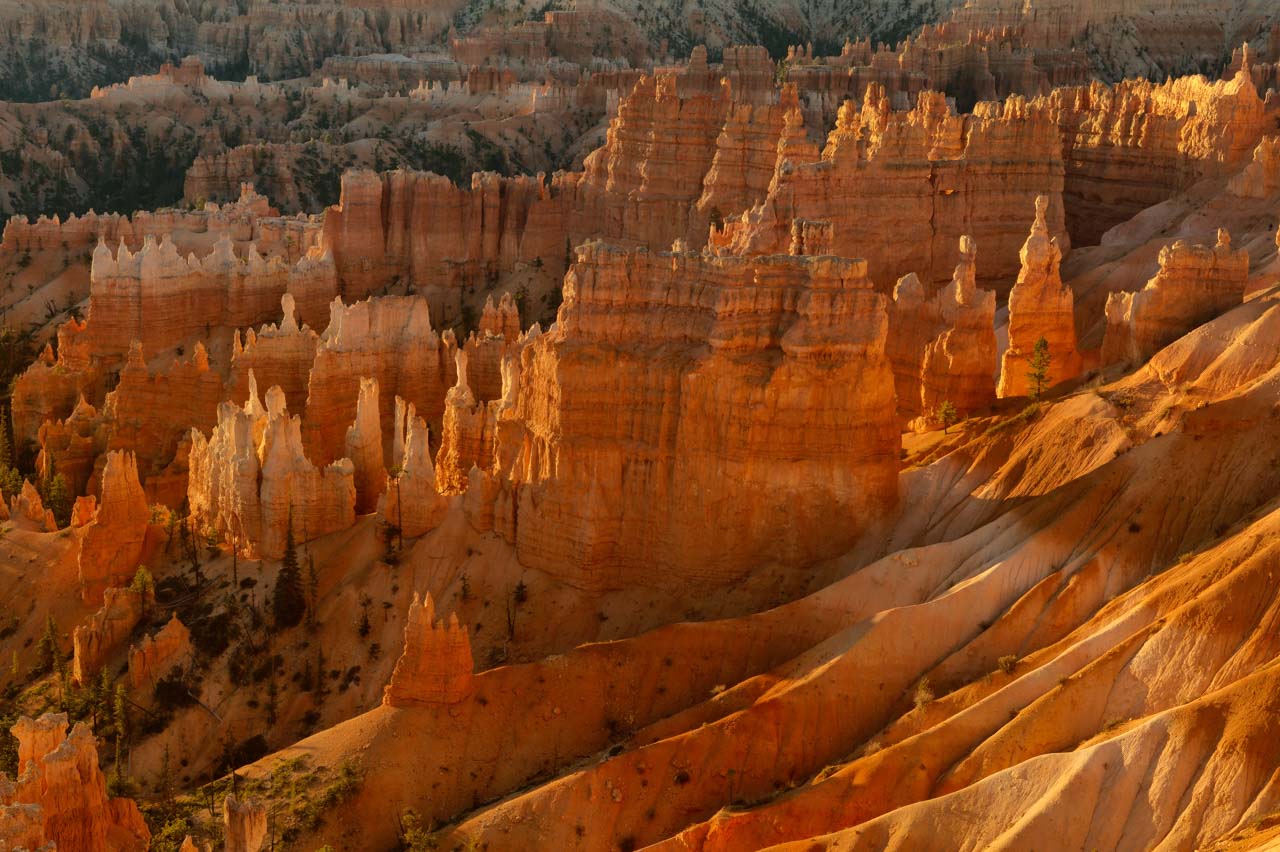 The hoodoos of Bryce Canyon at sunrise.

The spirit of liberty still hangs over the region

This spirit of freedom seems to be buried in the sandy soil and in the red rocks of this region. No matter where we go, we can still feel the same sense of freedom. We can go where we want. We can walk for hours without meeting a soul. We can choose any place to put our tripods and take photos.

The wind blows freely. There are no major architectural structures to slow its course.

From morning to night you can follow the sun without any obstacle breaking its rays. It is when walking around in the countryside of Texas, New Mexico, Arizona or California that we really understand what the word "freedom" means.

One life is not long enough to photograph everything

One life will not be long enough to capture all the nuances of the beauty of the landscapes of the American Southwest. It is very surreal, because the landscapes are made up primarily of minerals, which have been frozen for hundreds or thousands of years. But they look different when viewed in the morning or during the evening. They are adorned with different lights and colors in the spring than they are in the fall.

If we were to describe the landscapes of the American Southwest in one sentence, we would say, "This is a region where nature gives full meaning to the word freedom".

Tagged under
If this page interested you, would you give it a note? (5 stars is the best one)?
(0 votes)
Previous Article: Why and How: Using a Floating Blind to Take Unique Pictures Next Article: Why I Love the Wonders of Nature

1528
Some Ideas and Basic Rules to Make your Contest Photos

Why and How Mastering Technique to Create Art Photos

1654
Why and How Mastering Technique to Create Art Photos

5 Tips to Improve Your Narrative Photos and Their Impact

1435
5 Tips to Improve Your Narrative Photos and Their Impact