A typical day on the coast in Charente-Maritime

After our stop in the village of Hauteluce in the French Alps, we travelled to the Charente-Maritime department on the western coast of France. For two years, we had been gathering pictures for a photo exhibit in 2012. Even though we only needed 20 photos, the work was slow and difficult, and we still needed four more pictures.

The rhythm of our days was set, as always, by our search for beautiful lighting. It was May, a month where wonderful lighting usually abounds. However, this time that was not true. The contrasts were not as good as we had hoped. We were going to stay in Charente-Maritime for a month. We hoped that the weather would improve.

Our days were all fairly similar. In the morning, we woke up at 5 o'clock. We are not morning people. We moved like zombies. Without a word, we grabbed the car keys and camera bags. When we climbed into the car, we were still half-asleep. We drove carefully: there were other people on the road, most of them going to work. Neither of us thought about anything except that we would rather be asleep. After a few minutes, though, our brains started waking up. We thought through what would happen when we reached the site. We had to be ready when we got there. By the time we arrived, it would be too late to think about anything.

We did everything we could to set up our equipment before 6:00. Then the waiting began. Just before the sun rises, there is a unique moment called the ‘blue hour,’ which we had to be ready for. It is the only time of day when those particular colors appear.

The sun rose around 6:45. Sometimes, everything changed and the sky glowed with warm tones of red and orange, along with cooler blues and greens. This ‘golden hour,’ too, is a magical moment. It lasts 15 minutes at the longest, and it is the best time for landscape photography. The colors are brilliant and the contrasts are as sharp as a knife’s edge. Unfortunately, this moment is unpredictable. Sometimes it does not happen at all. We had to be on site every day, just in case. After the golden hour ended, we would stay on site for about another hour to take some creative photos.

These morning sessions ended at 8:00. Then the day began. We spent it reconnoitering locations for our next photo shoot. We used guidebooks and maps to find the sites that had the most potential for beautiful lighting. This was a crucial step in our work. It determined our schedule for the next few days. We visited the potential locations and arranged our compositions as well as we could. Even if the lighting was not perfect, we got an idea of what we to do at future photo shoots. Occasionally, we surprised ourselves by bringing back some really gorgeous pictures from our research sessions. That had been the case 3 days ago, on the coast of Charente-Maritime. We had been exploring the abbey of St. Radegonde in Talmont sur Gironde. We were surprised to see heavy clouds scattered over the sky in the background. We set up our equipment and took several pictures. We did the same thing the next day, and the photos were beautiful. Life holds wonderful surprises for those who know where to look.

We came back for the lunch at the end of the morning. We took this opportunity to download the photos we had taken earlier. We analyzed them carefully and only kept the best. Sometimes we did not keep a single image because none of them met our criteria for the exhibition. We left for our next photo shoot at 3:00. We had already selected our site for the evening. We took the opportunity to check out some potential sites close to the road. We began the photo shoot at 7:00, when the sun started going down.

The colors in sunsets are usually warm, intense reds and oranges. There are none of the cooler tones visible in the morning. Unfortunately, there had only been one evening during the last few days where the contrasts were really strong. However, we still had to be on site every night, because we never know what could happen. The evening sessions ended at 9:30.

When the light disappeared completely, we stored our gear in the trunk of the car and headed back to the hotel, where we took showers and enjoyed a quick supper. It was too late to download the photos we had taken that evening. We had to get to sleep, because the alarm was set for 5.

Often, when we talk about our trips with people who are not photographers, they want to change places with us. They say that they would like to have our job because it would always feel like they were on vacation. We smile when we think of what our days are really like. It is useless to try explaining to them: they never believe that our days are long and sometimes fruitless. Then again, sometimes we experience unforgettably, intensely joyful moments. We keep such deep, magical times private.

We took these images during the last 5 days. They are just snapshots. We do not know whether we will use them in the exhibition. 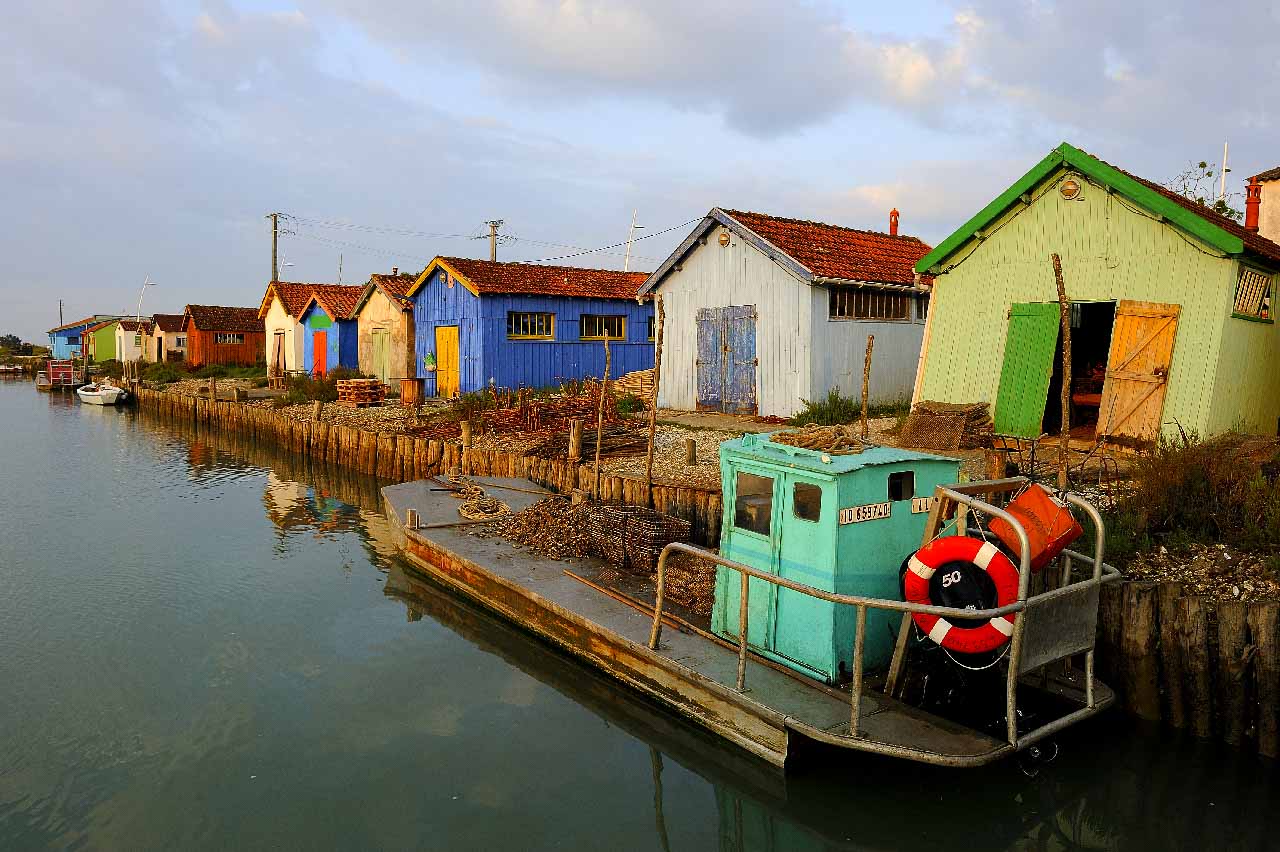 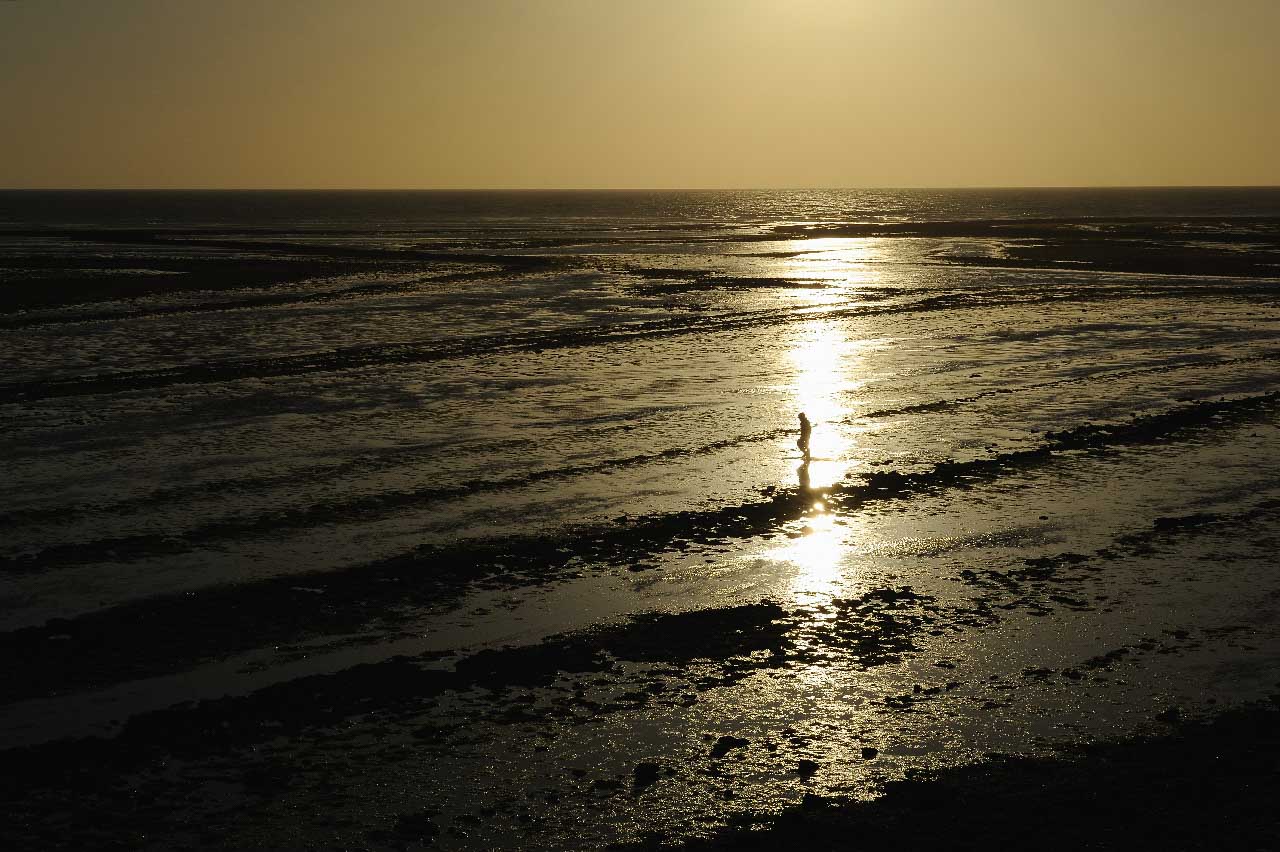 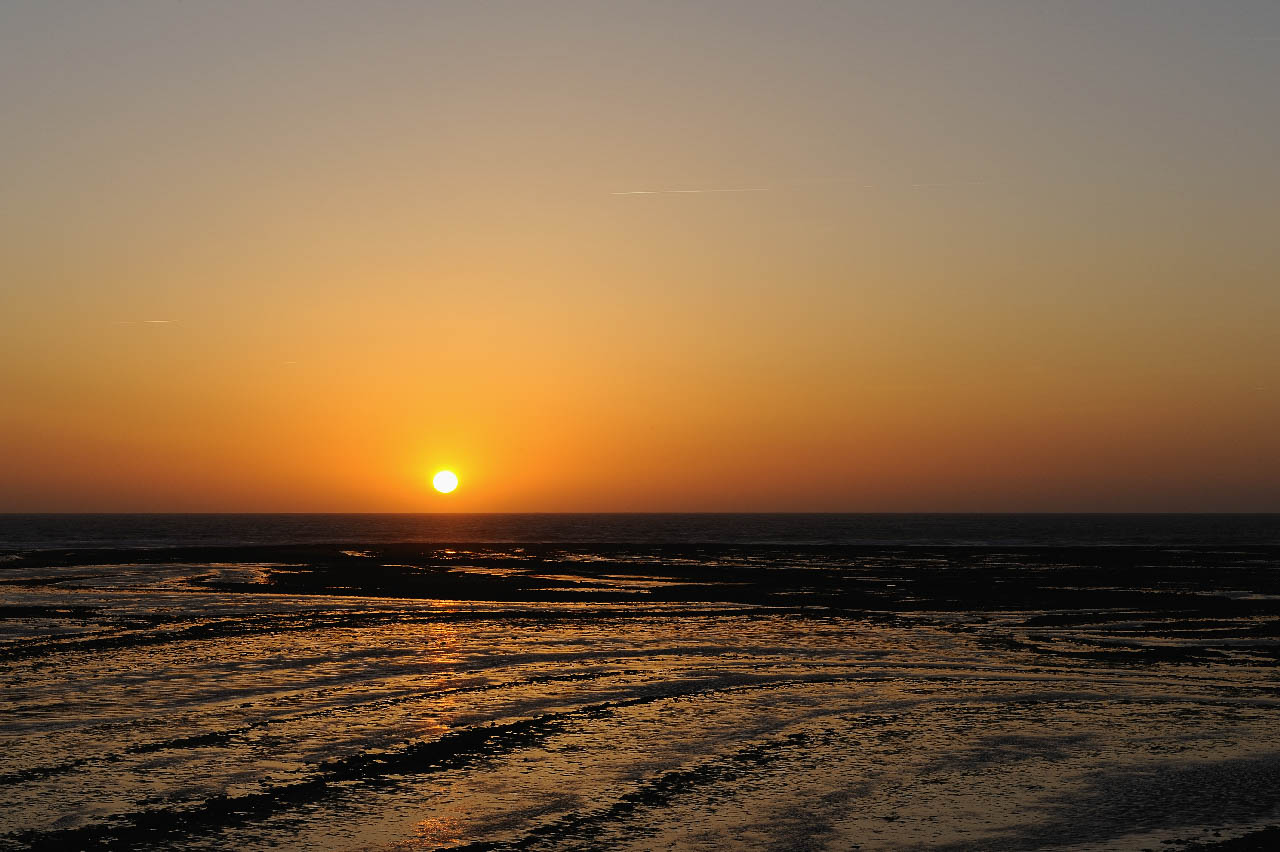 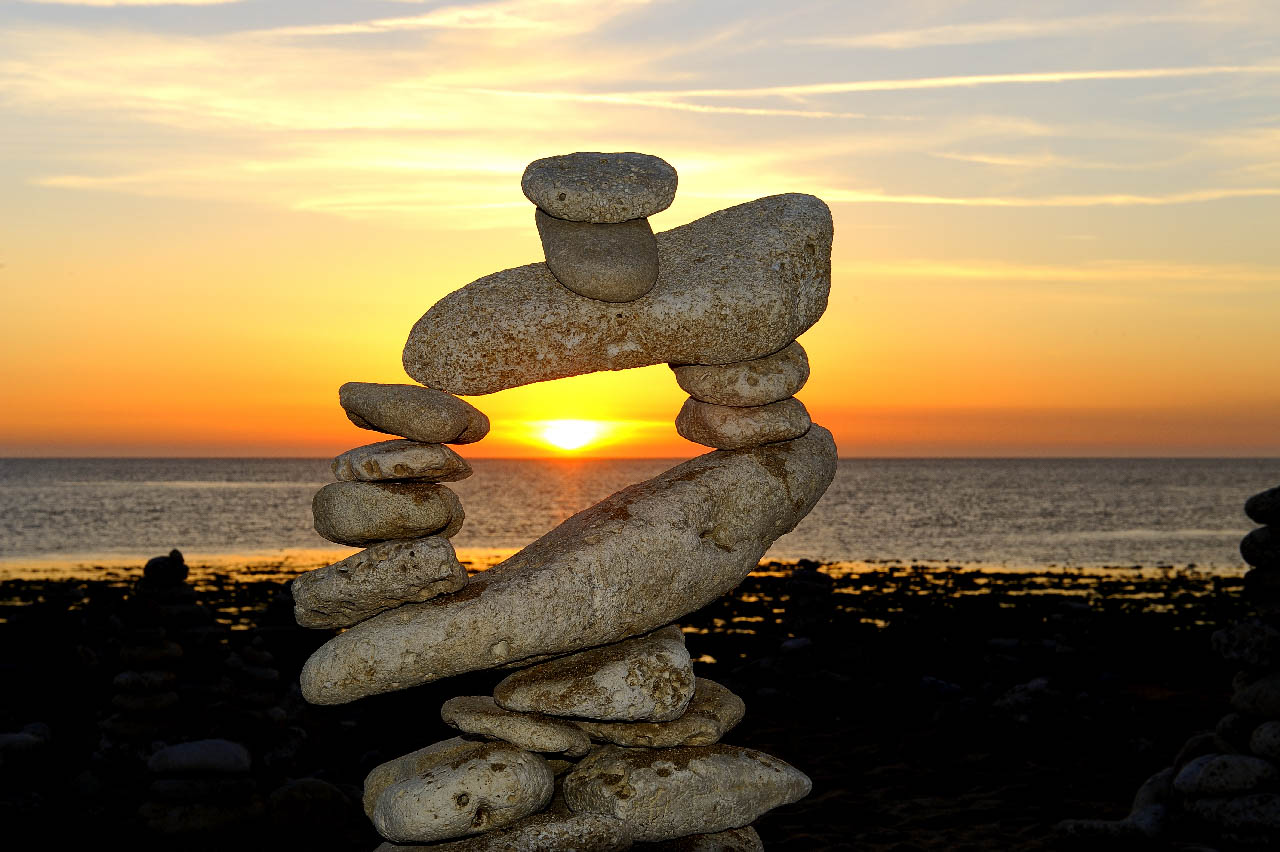 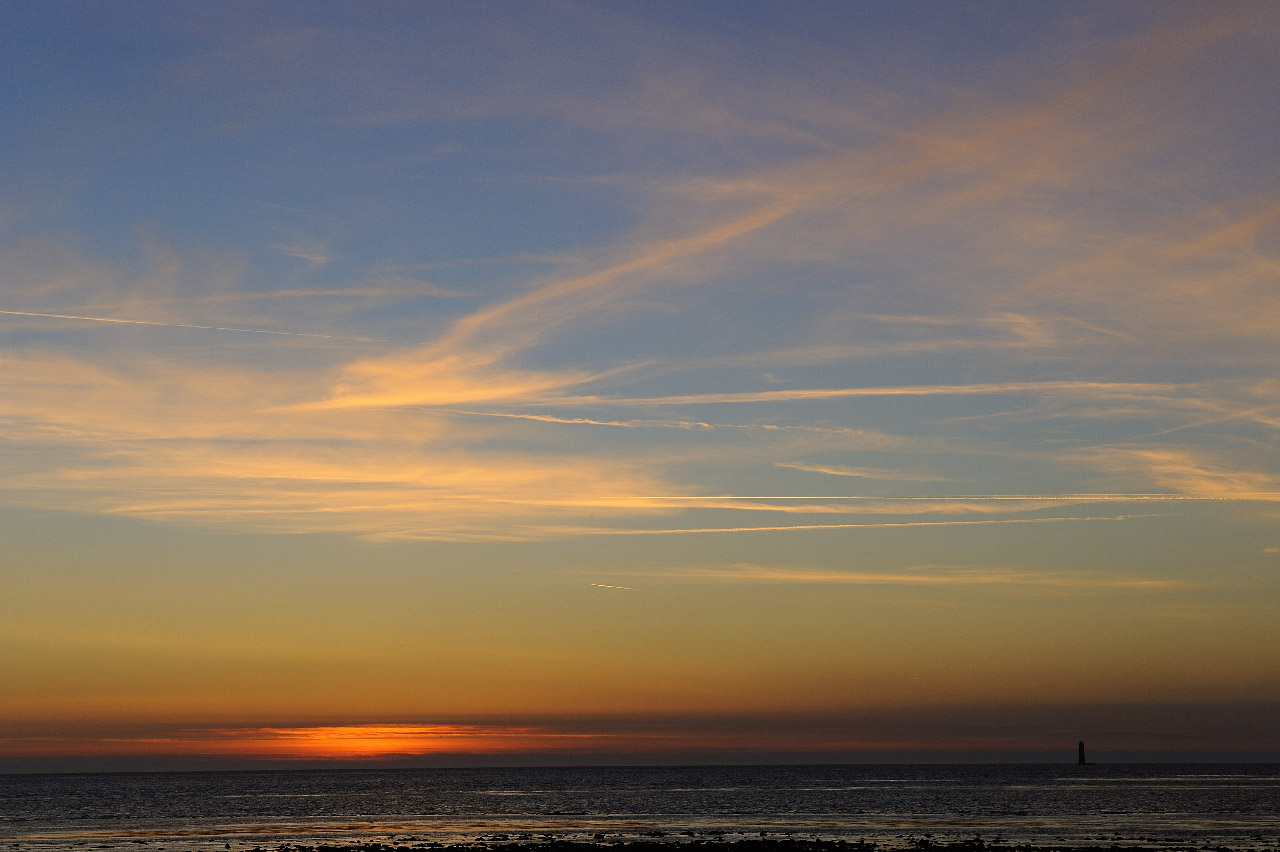 Landscape of the coast of Charente-Maritime, France.
If this page interested you, would you give it a note? (5 stars is the best one)?
(0 votes)
Previous Article: The village of Hauteluce in the French Alps Next Article: A getaway in Paris

Photographing in Low Key Is Using a Photographic Language

1735
Photographing in Low Key Is Using a Photographic Language

How Photographing and Succeeding Your Photo with Snow

1749
How Photographing and Succeeding Your Photo with Snow

Apply a Method to Find Inspiration in Photography

1961
Apply a Method to Find Inspiration in Photography

3 Steps for Reading and Appreciating a Photograph

1839
3 Steps for Reading and Appreciating a Photograph