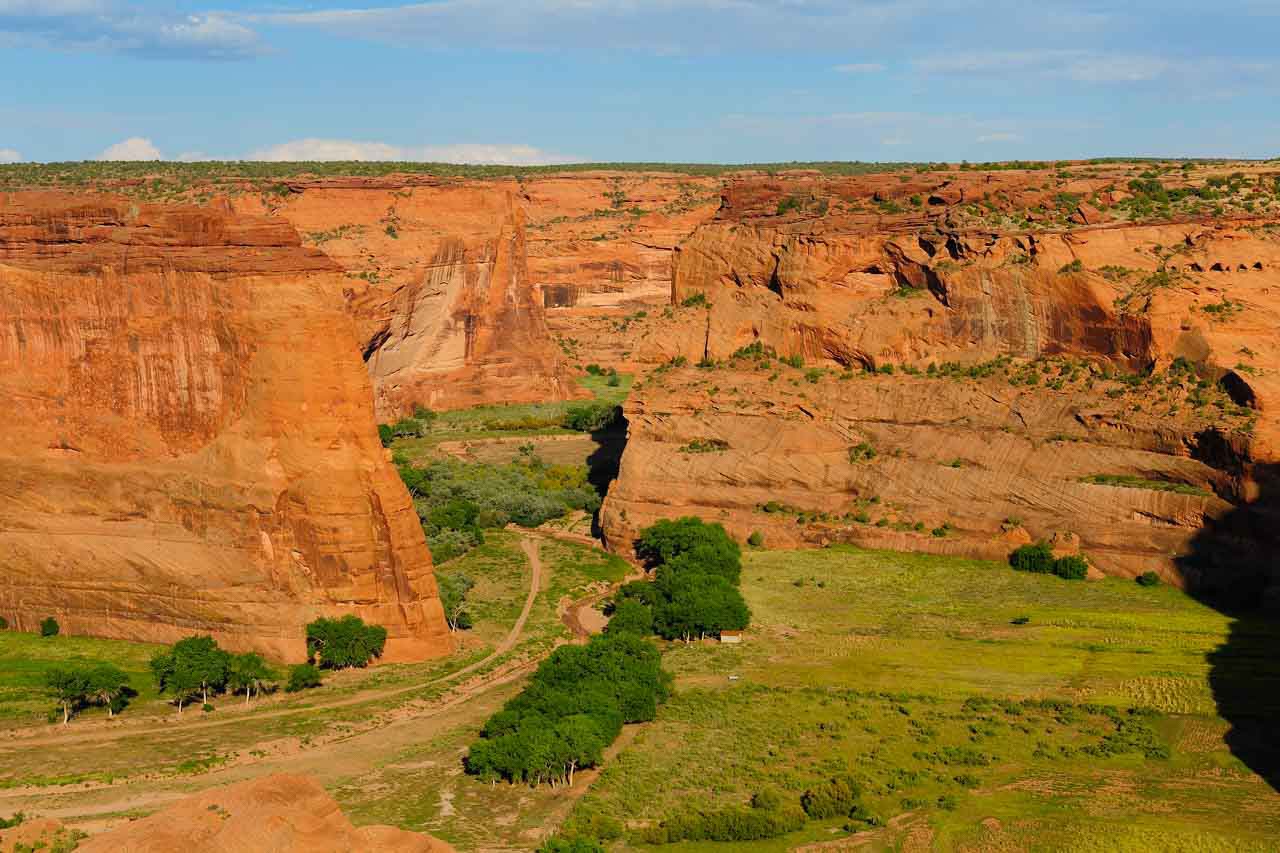 Canyon de Chelly is located in the state of Arizona in the southwest United States. It was dug millions of years ago by powerful rivers that have deposited silt and also made the land very fertile.

To the 10th century, the Pueblo Indians have found a rich land to develop a food crop. The numerous water sources they have also ensured the survival of families who had settled in the canyon. The first houses were simple huts built on the ground. The technique was to dig a hole to enjoy the cool soil and plant stakes that provided the super structure construction. Gradually the tribes have grown and the houses became too small. The Indians had the idea to build shelters in the cliffs bordering the canyon. These buildings which ensured a more effective protection against the sun and the flood are still visible today. In the mid-14th century, the Hopi Indians brought corn fields and peach orchards. Today the canyon is still inhabited by the Navajo. They continue to cultivate the fields in the canyon as the ancients did. Farms, livestock herds are visible from the cliffs.

For photographers, the Canyon de Chelly is a great place because of the red rocks and geometric shapes formed by the lava. The best time of day to take pictures is the late afternoon with the sun in the west. The time is short, about 2 hours. You must start at the top of the cliffs to successfully capture the atmosphere and grandeur of the place. Then you have to descend into the canyon by a steep path. The most typical place is undoubtedly the White House that was built in the 13th century. Most striking is the richness of cultures, many species of trees that line the bottom of the canyon. It is a stark contrast because the region is rather arid. If this page interested you, would you give it a note? (5 stars is the best one)?
(18 votes)
Previous Article: France. Department of Ain. La Dombes Next Article: The Wreck of Sauerland off the Coast of France in Atlantic Ocean
I Want to Help You to Create Interesting Photos