Encounter with a very angry wild sow in Charente-Maritime, France

During one of our last wildlife photo sessions, when we were in a forest in Charente-Maritime in France, we were taking pictures from a blind when a young wild pig saw us and panicked. The sow did not hesitate one second in pouncing on us to protect her baby. 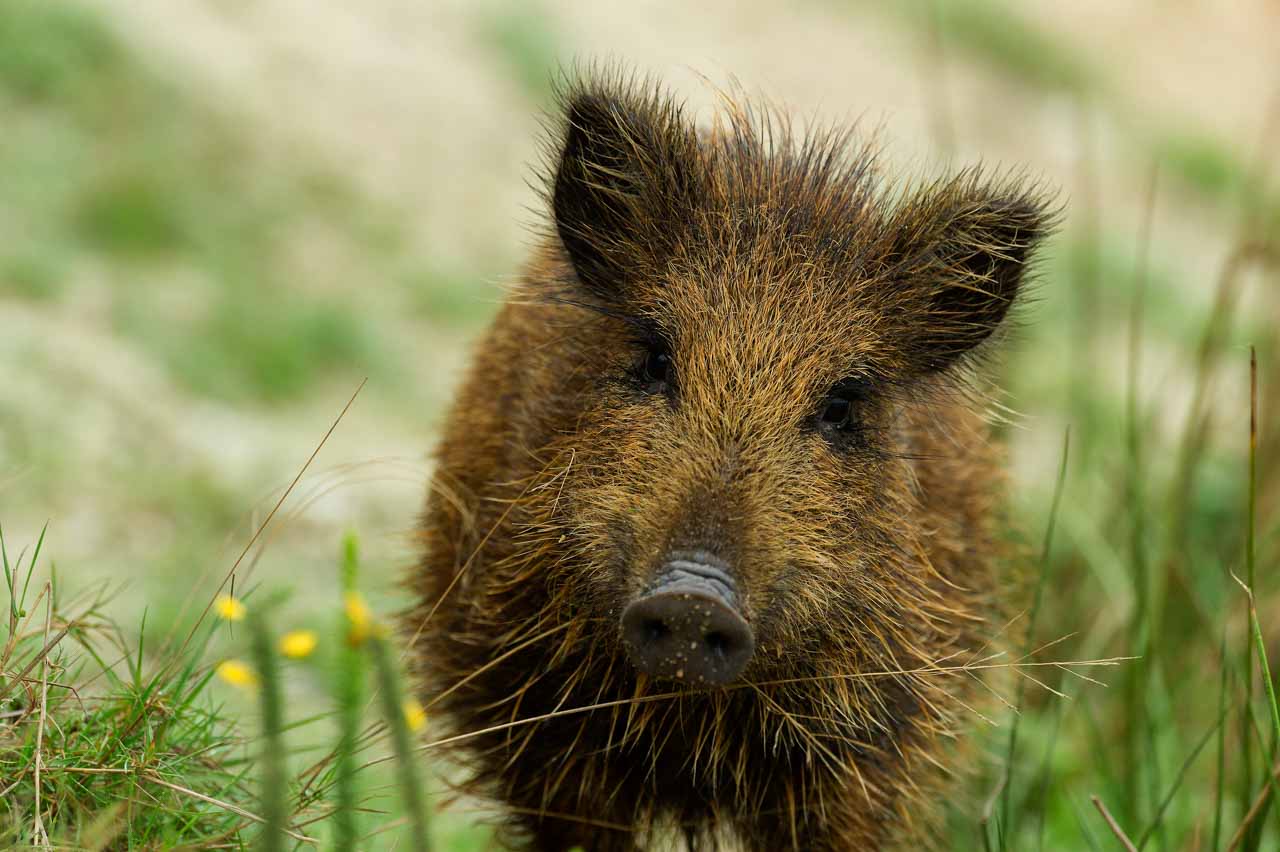 A young wild boar too curious in Charente Maritime, France.

The day promises to be beautiful

It is 6:00 in the morning in July. The sun will rise in a few minutes, and then we will leave for a forest in Charente-Maritime. Today we have a very specific plan: to take close-up pictures of a wild hog. More specifically, we want a picture of a sow with piglets.

We check the weather forecast. The day looks beautiful and hot. We know that temperatures have already exceeded 30 degrees Celsius. We have about 4 hours to get our picture. Around 10 am, it will be hot enough that animals will start to seek shelter from the sun in shaded parts of the forest. We want to get a picture of a pig in the sunlight, so we will have to take our picture in the morning.

The day before, we found a small path in the forest used by a herd of wild hogs. They usually follow the same paths, so we just have to be in the right place at the right time to see them passing.

The wild hog: a very social animal with a keen sense of smell

We are in a large forest in Charente-Maritime, France. We have already made several visits to the region, so we are starting to learn the habits of the animals which live there. 5 species of large mammals, out of the 7 found in France, live here. It has taken us weeks to learn all the glades and paths in the forest. In that time, we have also begun to understand the behavior of the animals which live here.

All animals have very keen senses to protect them both from predators and from humans. The most developed sense of a wild pig is smell. If we have the misfortune to approach these animals from upwind, no matter how perfect our approach may be in other ways, they will probably discover us by the time that we have gotten within 200 yards of them.

After 2 hours of waiting, we see the herd in our view finders

Taking close-up pictures of wild pigs sounds like it should be easy, because pigs have very poor eyesight. They are almost myopic. They can see movement very well, but if something stays still, it is almost invisible to them. To take a close-up picture of a wild pig, we have to approach them from downwind and then wait in a blind without moving or making any sound. Pigs also have excellent hearing. The sound of a dry twig cracking or the rustling of some leaves in the fall can frighten them away immediately.

This morning, we decided to simply wait in a blind and not try to stalk the animals, since we know that they should pass by us sooner or later. We moved forward carefully from downwind of the path, and sat under artificial foliage near the path, positioned so as to have the sun where we want it for the picture.

The first to emerge from the woods is the leader sow. She guides the rest of the herd, which is composed of piglets, young sows of the previous year, and redhead boars. She always gives the warning call in case of danger, and then leads the herd in the escape. We must be very careful with her, because if she feels that the herd is trapped, she will immediately attack whoever she perceives as the intruder in order to get away.

There are ten animals in the herd. All the little band begin to look for roots to eat. We wait a little before beginning to take pictures. We never start taking pictures immediately. We have to let the pigs become confident that there is nothing threatening in their surroundings.

After two minutes, we begin to take pictures. We are downwind of the herd, and the cameras have anti-noise accessories. The pigs do not hear us at all. The leader sow sometimes raises her snout to smell the air. As she does not detect anything suspicious, she continues to feed. Everything is perfect for us. The photo session promises to be exciting.

The piglets are as curious as all children

Wildlife photography always involves an element of the unexpected. Scenarios always arise which no one could have predicted. This time, the unpredictable element takes the form of an adventurous little wild pig, who starts to slowly walk towards us, wondering what could be hiding under the artificial foliage. The closer he comes, the more he is intrigued by the stifled sounds of cameras in their anti-noise accessories. Young wild pigs are like children. They are curious about life. Anything out of the ordinary in their environment attracts them.

The pig starts out ten yards away from us, allowing us to get some excellent close-up pictures. But as the young pig gets closer and closer to us, we begin to get anxious. What will happen when he sees us, and how will the leader behave when she sees us?

The pig keeps moving slowly forward, step by step. We continue to take pictures. He arrives at the minimum focus distance of our lenses. He sees something that he does not understand, but his curiosity is stronger than his caution.

At one meter, we decide to look into his eyes. He is completely surprised and terrified. He starts squealing in panic. We just have time to look up and see the leader sow bristling in our direction, ready to attack to protect her band. We have to make a decision. If the sow decides to charge, it will be too late. We decide to emerge from our camouflage nets. We hope she will realize that we do not represent a danger.

We have learned over the years that animals can tell whether a man intends to hurt them or not. We believe that a man who wants to kill an animal has a characteristic odor that the animals smell.

We made the right decision, because the sow has stopped now zeroing in on us and growling. When we sat up, she stopped moving forward and looked at us. We were not acting aggressively. The young boar recovered from his surprise and moved towards the leader. For about 3 seconds, we watched each other without moving. Suddenly, the leader sow gives a loud grunt to alert the herd. She leads them back down the pathway that they came from. In another instant, nothing was there except us and the forest. The whole thing only lasted a few seconds. Our hearts beat faster. We know the danger of an angry sow. We did the right thing.

Since that meeting with a curious young boar, we do not let animals get as close to us as he did before we let them see us. When we think that the situation may degenerate we take the initiative and show ourselves. There is no reason to provoke a wild hog, even for a beautiful photo. 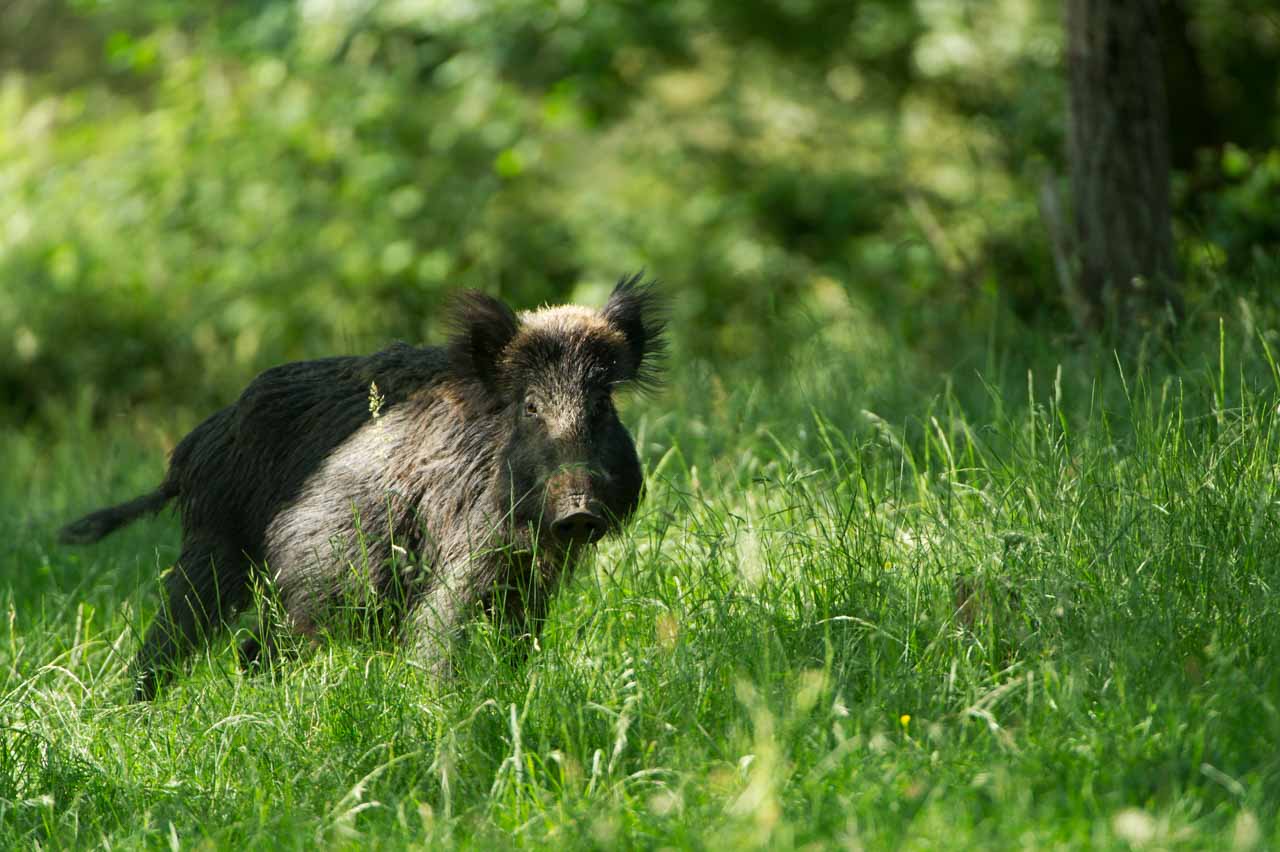 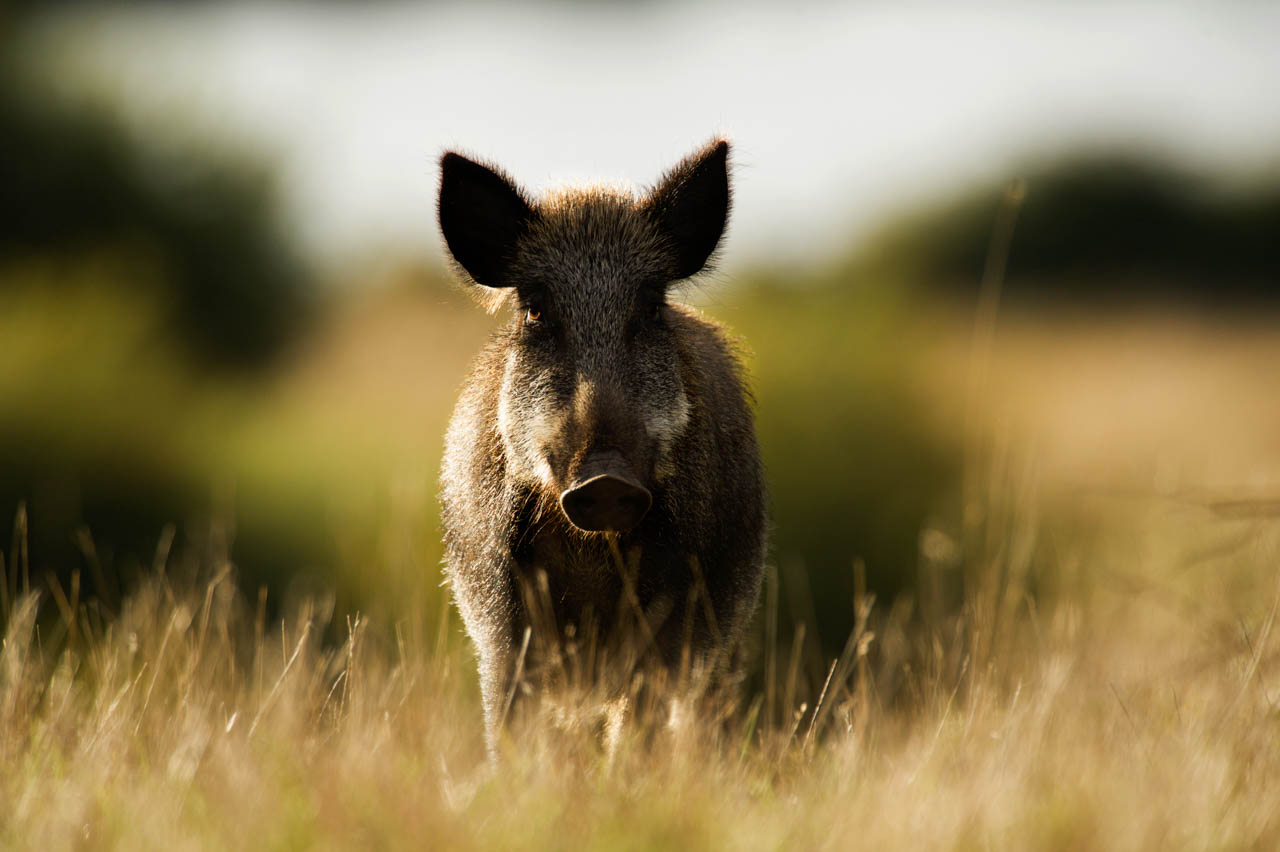 2028
Why and How: Defining Your Photographic Statement to Improve Your Photos

The banks of the Gironde estuary, Charente-Maritime, France

2341
The banks of the Gironde estuary, Charente-Maritime, France

2845
Why: Artistic Photography is Subjective