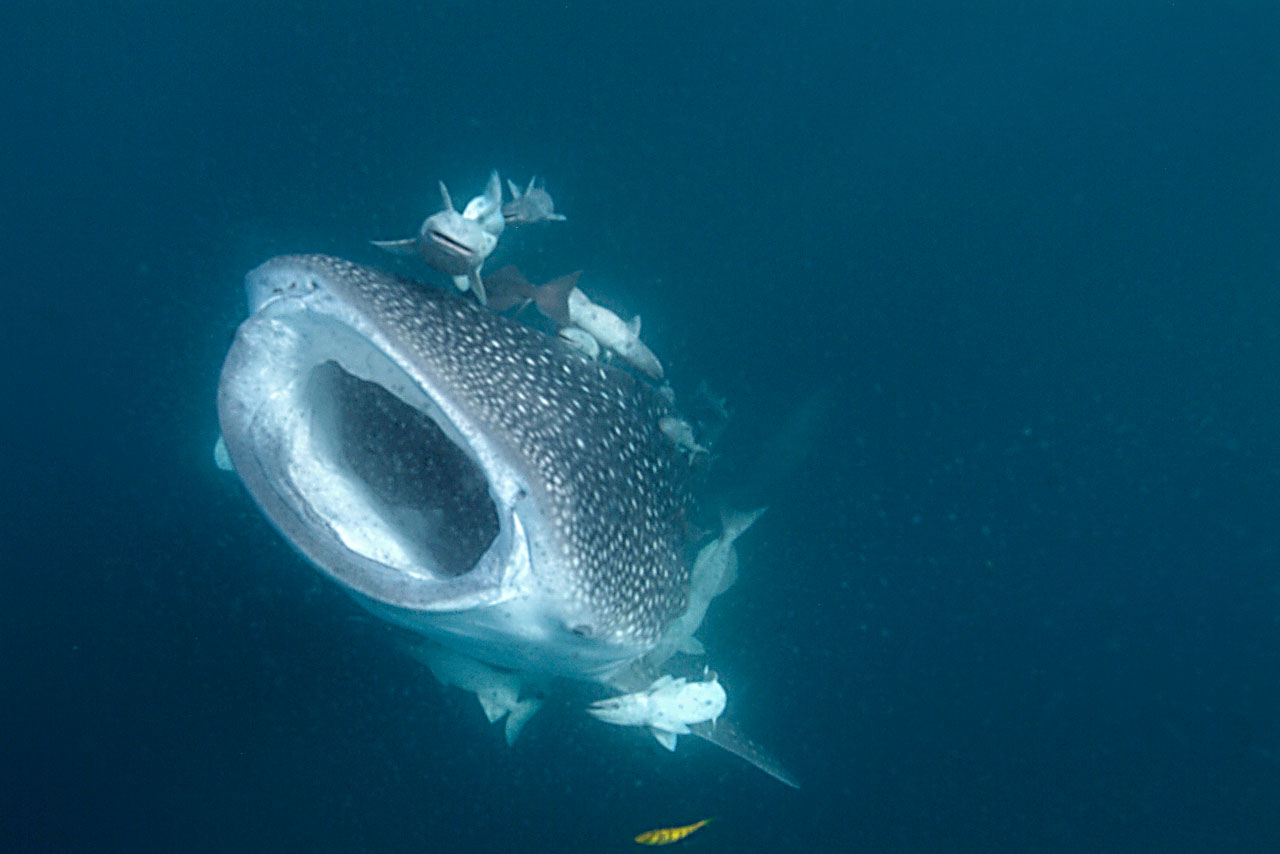 Whale shark in the Sea of Cortez off the coast of Mexico.

Sea of Cortez is also known as the Gulf of California or Vermillon Sea. It is a sea of the Pacific Ocean. The mouth of the Colorado River is located at the north end of the sea. The Sea of Cortez is home to nearly 900 species of fish of which 77 are endemic, 33 species of cetaceans including bottlenose dolphin. It may also encounter blue whales which are the largest animals on the planet but also humpback whales that come to the area to reproduce.

I have not had the chance to see whales but I photographed the seals on the site of Los Islotes, manta rays on the site of La Reina and some whale sharks near the town of Lapaz. The most surprising in the Sea of Cortez is the diversity of species and their density. But the most interesting is the fact that each species inhabits a territory that is well defined. For me, photographer, the Sea of Cortez is also unique because the blue light of the water is very dense. But we must recognize that this is a though journey because as usual nothing is guaranteed. If this page interested you, would you give it a note? (5 stars is the best one)?
(17 votes)
Previous Article: Ecuador. Galapagos. Underwater fauna Next Article: Rocky Mountains, Colorado State, USA
I Want to Help You to Create Interesting Photos