The Blind: An Excellent Method For Photographing Red Deer

In wildlife photography, luck is a major factor

During a workshop in France devoted to photographing red deer in the rutting season, I went into the field with a trainee to explain how to use a blind. I expected to see the first animals after an hour or two. We were very lucky. Ten minutes after we settled down, a herd of red deer arrived. The meadow was blanketed in fog. All the elements for beautiful photos had come together, but we almost came back empty-handed because of a photographer’s impatience.

A herd a red deer in the fog during the bellowing in France. The noise of our cameras alerted the leading stag and the watching doe.
Table of Contents

That Day, a Blind Was the Best Choice

I left very early to accompany the student to the field. The weather the day before had been foggy. We had to leave before the sun rose so that we could set up the blind. When we arrived at our destination, it was still dark, and the fog partially hid us. I opted for a natural blind in the ferns around us.

Usually I do not take my camera when I am with a trainee on the field, but when we use a blind, I bring it along. This time I chose a 500 mm lens and a tripod.

The day before, I had spotted a small path between two thickets. The numerous tracks and the deer feces clearly showed that a herd of red deer came there to graze. I also noticed a possible spot for a blind, just at the edge of the trees.

Picking the right place for a blind is never easy. First, it has to make us invisible to the animals we are going to photograph. The only thing that should be visible is the front of the lens. Between the unfamiliar sight of the lens and the noise of the cameras, the animals will already be on their guard. If they see us, they will almost certainly run away.

Then, the blind should be placed so that all of the elements in the photograph are in the right place. The background, lighting, and many other parameters must all be considered. Being invisible to the animals is necessary, but it is not enough. When placing the blind, we also have to pay attention to the composition of the photographs.

After I explained how to set up a good natural blind, we took our places five yards apart, with only our lenses visible. We sat there on our stools, and listened to deer bellowing in the distance. I was certain that we would wait there for several hours. As always, nothing happened the way I thought it would. We were extremely lucky. In about 10 minutes, a herd of two young does and a fawn, led by a big stag, came within 50 yards us.

Impatience Is an Easy Trap to Fall Into

I had told my student that it is important not to start taking photos as soon as the animals arrive. They need time to get used to their environment. They check the area for danger before they start to graze. If the stag has a herd, it is especially important to find the doe who is on watch. In case of danger, she barks to alert the herd. Then the lead doe, the oldest and most experienced one in the herd, gives the signal to run away. She also decides the direction they take.

Generally, we wait for 2 or 3 minutes before taking the first photo. But when a photographer takes his first picture of a stag bellowing, he is too excited to wait. Fear of not getting a good picture is stronger than anything, including the warning to be patient. We all go through this stage. Experience teaches us that patience, even in exciting situations, is one of the things a good wildlife photographer needs most.

I am watching the scene through my viewfinder, waiting for the herd to relax, when I hear a burst of 5 photographs from my right. Even one picture makes a noise, but the burst breaks the absolute silence of the woods like a thunderclap.

Unfortunately, it’s too late now. The doe on watch barks. The deer raise their heads and look in our direction. They have seen our lenses, and are trying to figure out if they are a threat or not.

I hear another burst. That seals their course of action. Not only do the lenses look wrong, they also make strange noises, and therefore they represent a danger. I now take one picture of my own, because I am fairly sure that the herd will run away immediately. I am not mistaken. The lead doe gives the signal, and the rest of the herd follows.

I look to my right. The trainee has realized his mistake, and he is sorry. He knows he took good photos, but if he had waited a little bit more, they would have been even better.

The moral of this story is that every beginning photographer is impatient. We have all gone through this phase. It was a shame, because having a herd of red deer and a young fawn is unusual. Also, we had the fog, which gave a supernatural aspect to the scene. However, when I saw the student’s photographs, I was really happy, because they were beautiful. The compositions were excellent.

I also think he has retained the most important lesson: patience is the thing a wildlife photographer needs most. I am sure that from now on, he will think about it every time.

If this page interested you, would you give it a note? (5 stars is the best one)?
(44 votes)
Previous Article: 5 steps to successful underwater photography Next Article: The Common Kingfisher or the Photo Quest for the Blue Arrow

5180
The European Fallow Deer in the Charente-Maritime Region, France

Why and How: Using a Floating Blind to Take Unique Pictures

4234
Why and How: Using a Floating Blind to Take Unique Pictures

5 Rules to Judge a Photo Subjectively

2037
5 Rules to Judge a Photo Subjectively

The blind: an excellent method to photograph red deer

3962
The blind: an excellent method to photograph red deer
About Amar Guillen, Creator of Fine Art Prints of Nature
As a professional photographer and artist for over 20 years, I have learned and understood how to create a true experience for fans and collectors of beautiful fine art prints.
When I look around me, at my friends, my family, my relations, my professional contacts, I see people running around. Every minute of their life is occupied by daily problems, professional worries, social networks, news on the internet or television, videos on the internet. Every minute of their life they have to do something, or they feel like they do not exist and are on the fringe of society.
They are so busy with their busy schedule, that they cannot think about what is important. They forget what is really important in their life. Is watching a video about cats on the internet that important? Is it necessary to post 20 messages a day on social networks?
Finally, they are always stressed and anxious when they talk about the problems of the world. And yet, they cannot change anything.
Once some of these people have displayed one of my nature fine art print in their professional or personal living space, they tell me that their lives have changed. Every day when they look at their art photo, they become calmer, more relaxed, more serene.
They understood that nature has the power to relax, to allow us to think about what is really important in our lives.
The fine art print become a window to the wonders of nature.
I have chosen to help others by giving them the best I have. To achieve this goal, I have combined my passion for photography and the wonders of nature.
If you want to show who you are, your personality, your style and reconnect with nature, take the time to look at my art photos. Once displayed in your home, you will never see the world in the same way again. 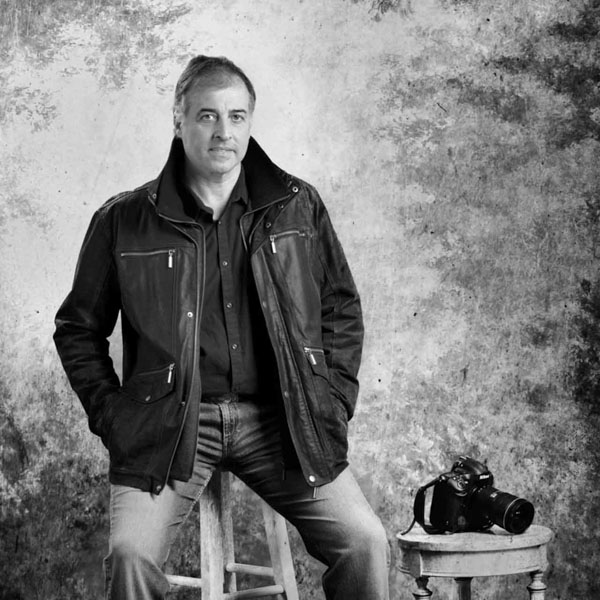