Why and How: Using Lines in Nature Photography

In this article, I will give you the keys to incorporate the different types of lines that are available to you. 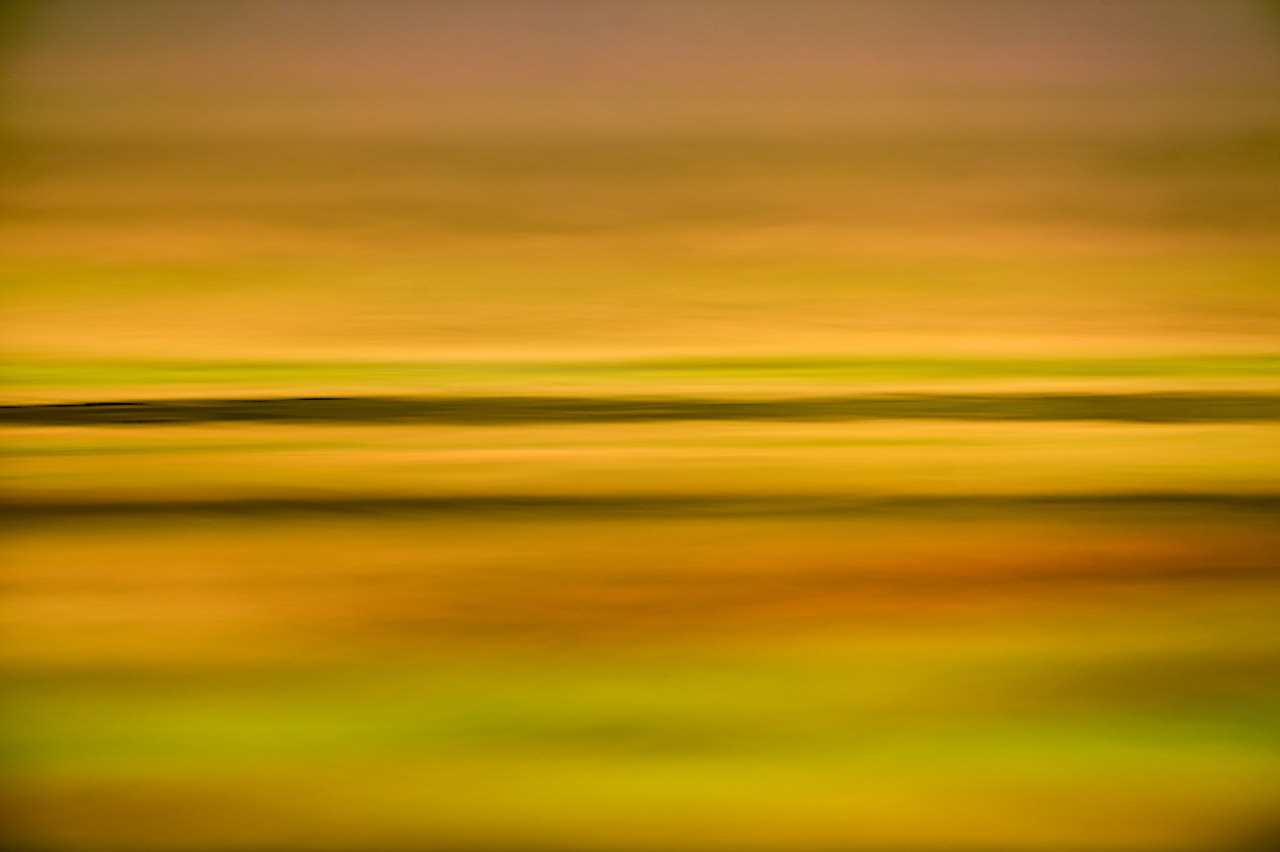 Horizontal lines on the surface of the water with warm tones create a soft and soothing photograph.
Table of Contents

Definition of a Line

There are many definitions of the word line. The one that interests me most is the following:

“A line is a real or imaginary spell that separates two contiguous elements; the intersection of two surfaces. For instance: the line of the horizon.”

Why Use Lines in Nature Photography?

In nature photography, the lines are intended to direct the eyes of the viewer towards the centers of interest.

The line and its management does not have any impact on the composition of your photographs.

Rather, it represents a path for the eyes to follow in the image. It captivates the viewer's attention.

Besides serving as a visual pathway, a line can also influence mood and emotional perception. A line can divide, unify, and accentuate certain parts of a composition. There are different types of lines. Each serves a different purpose.

But how should you use the lines in a nature photograph?

I am going to explain my thoughts to you now.

Read also: why and how using shapes in photography.

The guideline is based on optical effects created in a photo.

It is also called the suggested line.

It is obtained by isolating a detail of the subject (coral for example). Graphic design becomes the subject. It is more cerebral. Abstraction needs the sensuality of texture to gain emotion. This is especially true in close-up photography.

It is not formalized on the photograph by a real line. It is suggested by photographic elements that give a direction that the eye will follow. It is the eye of the viewer that completes the missing elements. It is for this reason that we call it guide: it does not really exist but yet it directs towards a specific point of the photo.

For example, in a wildlife photography if animals are running in one direction, it is creating a guideline. The eye will automatically go in that direction. A row of trees oriented in a certain direction will create a guideline.

In nature photography, it is a technique that is widely used because we often find suggestive lines.

A guideline makes it possible to point out an interesting subject because it leads the look of a part towards another one of the image.

It can also go from the foreground to the background.

A guideline is most effective when it establishes a relationship between the line and the main focus of the scene.

Several guidelines can coexist in a photograph. The impact will be all the stronger. 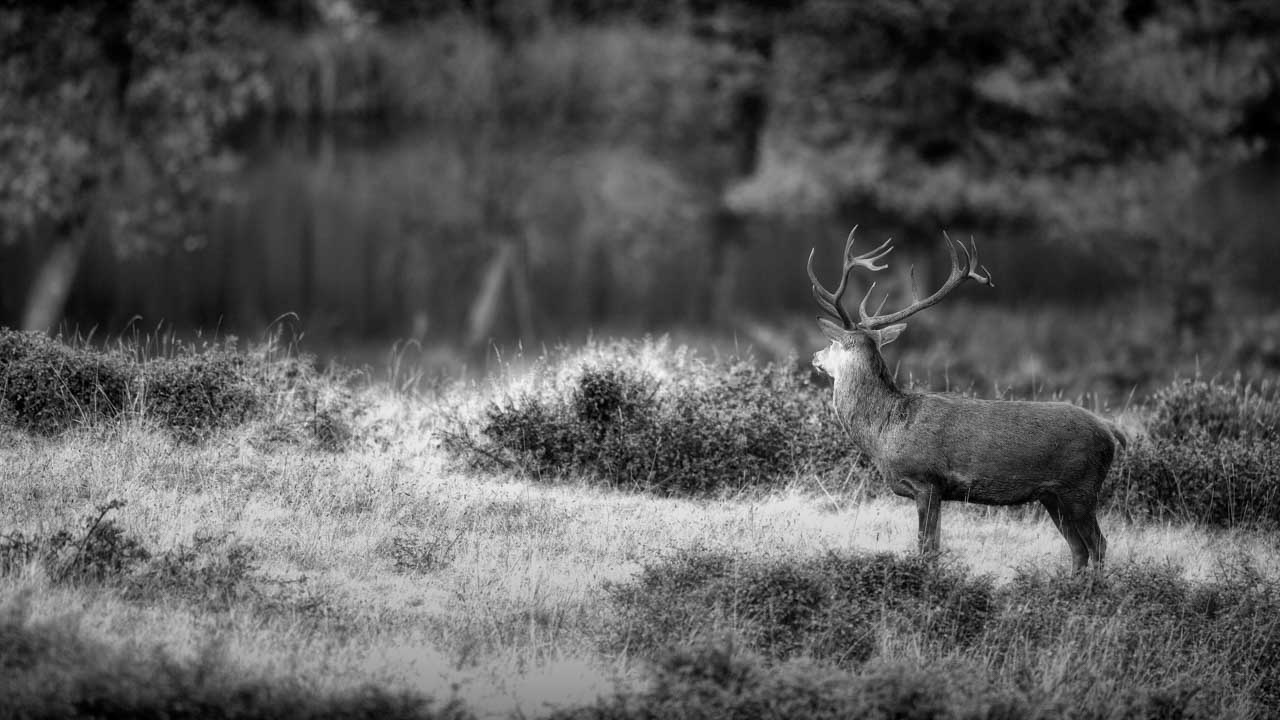 The direction in which the red deer stag looks in this black and white photo is a strong guideline.

A viewer often enters into an image through an anchor. This “anchor” depends on the personal sensitivity of a viewer which he chooses. It is something that stands out to him specifically.

Once the anchor is read, the viewer then walks along the indicators provided by the photographer: lines, shapes, and masses. These indicators allow the overall understanding of the image to flow.

Lines have a role in delaying the playback of an image. As Westerners we read from left to right.

Lines and anchors allow you to delay this reading.

The oblique line is a line that may or may not be material.

It can be oriented in any direction. It is used mainly to separate a photo into two equal parts or more.

It can also be used to direct the viewer's eye to a specific point. An oblique line is one that has the most value and impact in an image.

Read also: Why and how mastering the rhythm in photography.

The diagonal line is the one that occupies the most space in a photo because it lasts from one corner to another.

It creates proper balance between the vertical and horizontal lines. In nature photography, it is often portrayed by a movement or an animal attitude.

In underwater photography, it is a line that is very easy to create because you merely rotate the box to capture it.

Underwater space can be modified more easily than that of land.

Rotating the camera underwater to achieve a diagonal line can rarely be copied in terrestrial photography. While on land, the photographer must use natural lines to keep his camera horizontal or vertical. For example, it would be confusing to rotate an image of an animal on land, because then the ground would be slanted unnaturally.

The diagonal is a powerful line. It magnifies action and strength.

When two diagonals intersect, they have a very strong impact on a photograph because they are situated in different directions.

This gives energy to a picture. A diagonal that goes up makes you want to climb higher. The diagonal that leads from the bottom left up to the high right (the main diagonal) is the most powerful for photographers.

The secondary diagonal that goes from the top left to the bottom right is weaker and encourages more meditation.

In a photograph, when there is a horizontal line, a vertical line, and a diagonal line, it is always the latter which prevails.

A diagonal can be used in a photograph to bring dynamic movement.

The horizontal line is the most natural for human eyes to see.

It gives us a landmark.

It brings a notion of depth, calm, and rest. It must be used in photographs that evoke serenity.

A horizontal line in a photograph implies stability and tranquility. It can be used to convey the feeling of eternity or a frozen moment of time, which is the essence of photography. It transmits a static atmosphere.

It can also be used to balance the dynamism of a diagonal line.

A horizontal line expresses solidity, anchoring the viewer to a foundation. A horizontal line placed low enough in the image makes it possible to create two distinct planes, one lesser and one greater.

It allows to create plans in a photo. Each plan may have its own colors and tones.

A horizontal line can be a real line in nature, such as the sun setting on the horizon, or it can form naturally behind the subject, like a wide backdrop. In this case, its function is to separate two different natural environments. It allows the viewer to divide a photo into different parts.

I must mention that the horizontal line can also be like a guideline, in the sense that it can easily be suggested by a natural phenomenon. But be careful, for suggestive lines have less impact than the actual lines.

Read also: Why and how mastering tonality in photography.

The vertical line is more powerful than the horizontal line. It brings a dimension of action and strength. It can also be real or directive.

It encourages the eye to go from bottom to top, upwards and downwards to explore every inch of the image. It is well suited to a portrait format.

It can be perceived as rigid, because it sets limits. It contributes to the two-dimensional sensation of the image. This is the opposite effect of the diagonal.

A curve, such as a spiral, allows the viewer to travel in the picture. With the rows divided into parts, each row may have its own subject. This allows the photographer to highlight hidden items.

Straight lines directly guide the eye and are stronger. Curves allow the photographer to be more evasive and more evocative.

Convergent lines convey depth, breadth, and distance. They allow the photographer to display a world in three dimensions with a photo that is in two dimensions. Convergent lines which are well placed may direct the gaze towards a subject.

For example, in nature photography, you may capture two paths that converge towards a specific point of a photo. Clouds can also direct the gaze towards a point of convergence.

The vertical or horizontal framing will reinforce or oppose the direction of the lines. This phenomenon creates a tension in the image. A photographer must always think carefully about the types of lines that he introduces into a photo according to the framing. The framing will ultimately filter the level of impact the lines give to the photograph.

I hope that this article convinces you that lines are essential elements to invigorating your pictures by making them more interesting.

While lines may divide or separate a scene, they may also direct the viewer’s gaze towards specific points of a photo.

Feel free to use lines creatively in your work.

2012
Why and How: Defining Your Photographic Statement to Improve Your Photos

Why and How Photographing Artistically the Ethiopian Wolf

2416
Why and How Photographing Artistically the Ethiopian Wolf

How to Manage the Criticism of Your Photos

1246
How to Manage the Criticism of Your Photos