5 Good Reasons to Choose Fine Art Photography for your Photos

I started working as professional photographer in June 2003 when I was in the United States for two years. I evolved drastically when my focus turned to artistic photography in 2010. Since then, I have gained great experience.

This article will help you understand how to implement a new tool in your photography toolbox. By implementing it, you will make your photos even more interesting and instill in them true meaning. 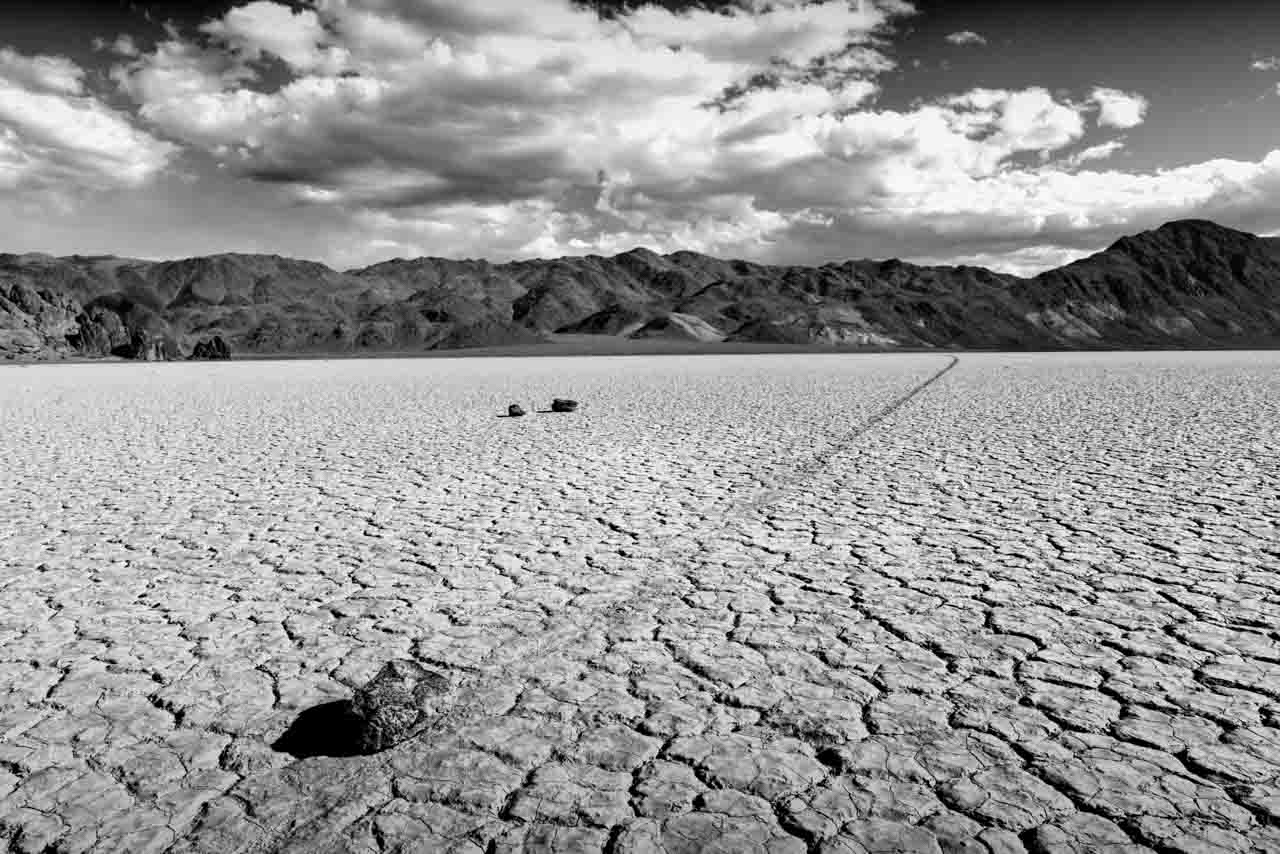 A sailing stone in Race Track Playa in Death Valley in California.
Table of Contents

I began my career as professional photographers by selling photographs for magazines which specialized in underwater photography. I also wrote bilingual texts in French and English.

Naturally, this approach led me to publish technical books on photography as well as produce images, commonly referred to as “stocks”, for photo agencies. Today, I have thousands of images on sale in different international stocks.

After seven years of demanding work, I realized that the days dragged longer and longer, and yet my financial income stagnated. Competition between other photographers became harder and harder as their numbers expanded. Moreover, I lacked joy when creating photos, because each work seemed to be nearly identical to the next.

Motivation gradually disappeared, giving way to an immense weariness that weighed down my spirit. I could not think of exciting new goals that I wished to achieve. I limited myself to the production of new images of illustration, which wasn’t even interesting to me, and nothing more.

While I was in a state of fatigue and intense overwork, I decided to return to my foundations. I traveled to the coast of Charente-Maritime In France where I had previously visited before coming to the United States.

It was the winter of 2010. During this journey, I experienced a revelation.

I chose to photograph the Atlantic Ocean in hopes that I might relax, refresh my mind, and recharge my spirits. Seeking calm and serenity, I was hoping for something more. From my first session, I began to feel alive. It was as if I could suddenly inhale fresh air through new lungs that had previously been blocked. Despite the icy northern winds and my frozen hands, I stayed outside with my cameras until nightfall. For several days, I repeated this experiment. I allowed myself to view my activities from a leisurely perspective instead of a business orientation.

During each photo session, I only made one or two photographs. I spent hours contemplating the ocean, watching the waves, and feeling the sea air which is quite extraordinary in that region. My state of mind ventured away from repetitive, drab shootings for agencies and magazines. For the first time in years, I patiently took my time while creating photographs. I shot simply for artistry and creativity rather than for technical reasons, which had previously enslaved me as professional. I greatly pondered the purpose and structure of each photograph. Focusing on the process rather than the end result gave me an indefinable pleasure. Instead of making descriptive photos and testimonials, I was creating pictures that reflected my state of mind and my way of being.

It was during this winter trip of 2010 at Charente-Maritime in France, that I decided to focus more on fine art photography. I realized that if I wanted to keep my passion for photography intact, I would need to completely change my state of mind.

Reason #1: The Need and the Desire to Express Myself

This trip resulted in the creation of a beautiful collection of 9 printed and framed photographs. When I looked at the final products, I realized that I had an irrepressible need to convey personal messages, emotions, and experiences. I wanted to be in tune with the photographs I was making rather than be present as witnesses to ordinary scenes that would be used as illustrations for magazines or technical books.

I understood that nature would become a real vector through which I could better express myself. I chose to live each day by believing in a purpose: to show the wonders of nature through a contemplative and artistic interpretation. I wanted to transmit tranquility, peace, and serenity away from the hubbub of major cities. It is for this reason that my artistic approach is focused towards dreamlike and minimalist scenes with ethereal atmospheres.

After the winter of 2010, I gradually undertook several photo projects including the great mineral landscapes of the western United States, which is not too far from where I live. As great as these landscapes were, they more importantly offered me beautiful opportunities in relation to my emotions and my photographic vision.

My artistic approach was strengthened by the fact that I finally wanted to build solid foundations for my professional, personal, and artistic life. These three points joined together naturally.

Each photo project became one of the pillars of my foundation that would support a much larger building. I strived to share my passion for the wonders of nature with the greatest number of people possible. In order to achieve this goal, I needed to leave an imprint in history by crafting timeless pieces of work. I finally understood where my artistic, ethical, and moral values were. I had found my lifeline.

Reason #3: The Need for Calm and Serenity in an Introspective Search

If this page interested you, would you give it a note? (5 stars is the best one)?
(18 votes)
Previous Article: February 2018. Underwater Photo Project in the Cenotes in Mexico Next Article: Choosing Fine Art Photography Allows You to Create Beautiful Photos

3138
Photographing Bluethroats in Charente-Maritime in France

5077
The European Fallow Deer in the Charente-Maritime Region, France