The Quest for the Blue Arrow

Walking near a pond or stream, many of us have seen a bright blue bird, like a blue arrow, speed by, and heard an unusual cry, ‘tchiii,' as it passed. If you’ve ever wondered what it was, it was a common kingfisher. However, the name is inappropriate for one of the most fascinating wetland birds in France. After two years of disappointed hopes and waiting in vain, I had the chance to photograph two of these birds at the same time, only a few hundred yards apart. It was a miracle such as only nature knows how to deliver, and such as only comes to those who wait. 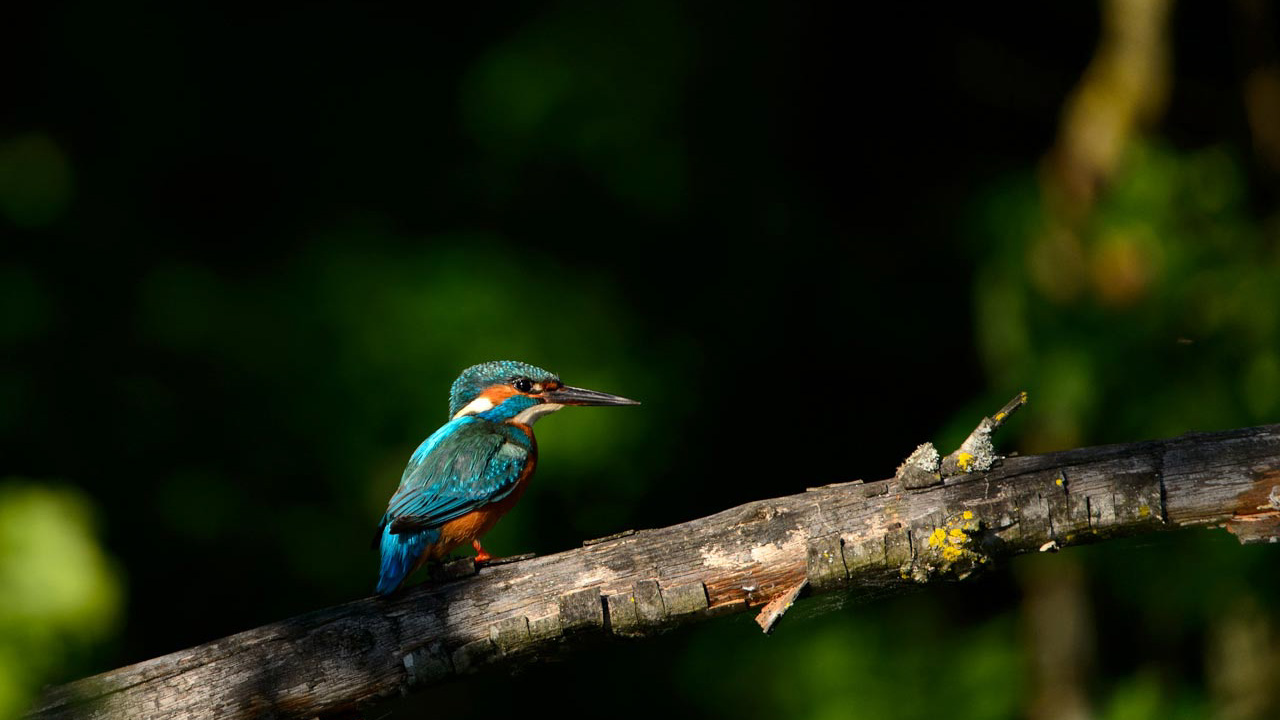 Common kingfisher on a branch in a pond in la Dombes, France.
Table of Contents

The Holy Grail of Wetland Photography

For years, I have loved beauty wherever it is found in nature, and wetlands are rich in it. They are full of hidden treasures and wonderful wildlife. Two wetland birds, the purple heron and the common kingfisher, have especially fascinated me. I love their coloring, their habits, and the way they fly. I spent long hours trying to photograph these birds. My quest for the heron had been successful on several occasions. The common kingfisher, however, continued to elude me.

Kingfishers are very territorial birds and also creatures of habit. They consistently fish in the same places, and take the same paths to those places. The problem is that one kingfisher can have a very large territory, and a large number of fishing spots.

To find a kingfisher, you have to start by locating a very clean stream or pond. The presence or absence of kingfishers is an excellent way to determine the quality of the water. I have never seen one anywhere near a polluted area. The next clue is the kingfisher’s distinctive call: ‘tchiii’. It is specific to the species and very unusual. Once you have found a bird’s territory, the long hunt with binoculars begins. You have to find the bird’s fishing spots, and the branches where it perches to wait for its prey. They are generally quite high up, because the kingfisher needs a certain velocity to dive into the water. If the branch is too low, then it will fly up for a short distance before diving.

Once you find the branch or branches, things get a bit easier. All you have to do is set up your blind. However, you have to put it somewhere that it won’t frighten the bird. A change in a kingfisher’s environment can make it suspicious, and it may stop coming to that place. I know this from personal experience.

For example, in 2013, I waited by a pond for a week. I had discovered that a couple of birds nested in one of the banks, and had found the branch where they perched when they were hunting. After I set up my blind, the kingfishers flew past me, taunting me, but they never alighted on that branch. So, it takes time to learn how to photograph kingfishers.

The advantage of using a blind is that I can set up my composition exactly the way I want. The disadvantage is that I can wait for hours or days and not see anything.

A Remarkable Bird Protected Since 1981

The common kingfisher has been protected in France since 1981. You cannot catch it, hunt it, or even pick it up when it is dead. Its feathers are blue on the back and red and white below. It can weigh up to 1½ ounces. The sparkling blue of its feathers gave it the nickname “the blue arrow”.

It waits on a branch for its prey, dives steeply into the water to seize it, and leaves the water again immediately. It often stops again on the branch to knock out its fish before either swallowing it or returning to its burrow.

I was working on a wildlife photography project with a group of other photographers in La Dombes, known as the region of a thousand lakes, a little to the north-east of Lyon. After two days of taking pictures from floating blinds on ponds, one of the other photographers told me that he managed to photograph a kingfisher. Immediately, all of the excitement of the search came back to me. Could my long hunt really be over? Could I finally take the picture I had wanted for two years? He kindly agreed to show me the place. He knew that it was important to me. The next day, after a meeting with the other photographers, I found myself in a floating blind near the tree where the other photographer has seen the evasive bird. My 500 mm lens was fixed on the branch where the kingfisher had been seen yesterday. The camera’s position was set. I had already adjusted the focus so that, when I saw the bird, I could take a picture without waiting for autofocus.

I’d been waiting for 3 hours, kneeling in 8 inches of water, and I was very stiff. That is a long time to stay perfectly still, but I couldn’t move, because the bird could appear any instant. I was beginning to despair. Perhaps the time wasn’t right yet. It felt as though I was pursued by a curse. However, I was not ready to give up yet. The bird had there yesterday. Besides, this was a short-lived opportunity. The weather would be bad in the afternoon, and tomorrow, the forecast showed rain.

Suddenly, I heard a splash, right next to my blind. I looked through the crack in front, and I saw a kingfisher standing on a root. I turned my camera towards it and tried to adjust the focus, but it was less than 5 yards away — too close for my lens. The bird remained a blur in my viewfinder despite my best efforts. I had been stuck in the mud for hours, and I couldn’t move the blind back. Even if I could, it would probably frighten the bird away. Suddenly, I saw the bird fly to the branch where I was originally aiming. I refocused the camera as fast as I could, but I was too late. The kingfisher dove. For two interminable seconds, I saw nothing. Then, it reappeared, with a minnow in its beak, and slammed it on the branch to knock it out. I took as many pictures as I could. I barely had time to move my camera back. I was very excited. Then, the kingfisher flew off to his nest again, taking the fish to his offspring. I kept waiting for two more hours, but nothing happened.

Around 1 in the afternoon, I decided to return to the shore, 300 yards away. I was stiff, but, when I checked the photos, I was very happy. They were good.

As I went to look for Isabelle, who was on the other side of the pond, I walked with a light step, despite my waders and the 7 pounds of gear I was carrying. I couldn't wait to tell her the good news. I had waited so long for this.

As she waded to the shore, I saw from her face that she had had an exceptional photo session. I asked her what happened. She looked at me, her eyes sparkling with joy, and said she photographed a kingfisher. It was incredible — she, too, had seen the holy grail of wetland photography. She had taken 15 superb photos. I couldn’t believe it.

She explained that she was photographing two gray-crowned night herons when a kingfisher landed a few meters away from her. It was an incredible stroke of luck. At first, I thought that I had photographed the same bird twice, but the truth was even more remarkable. When I looked at the photos on the computer, I realized that I took my pictures at the same time. There is no doubt about it — I photographed two male kingfishers at the same time, on the same pond. The likelihood of something like this happening is extremely low. It was an amazing opportunity. 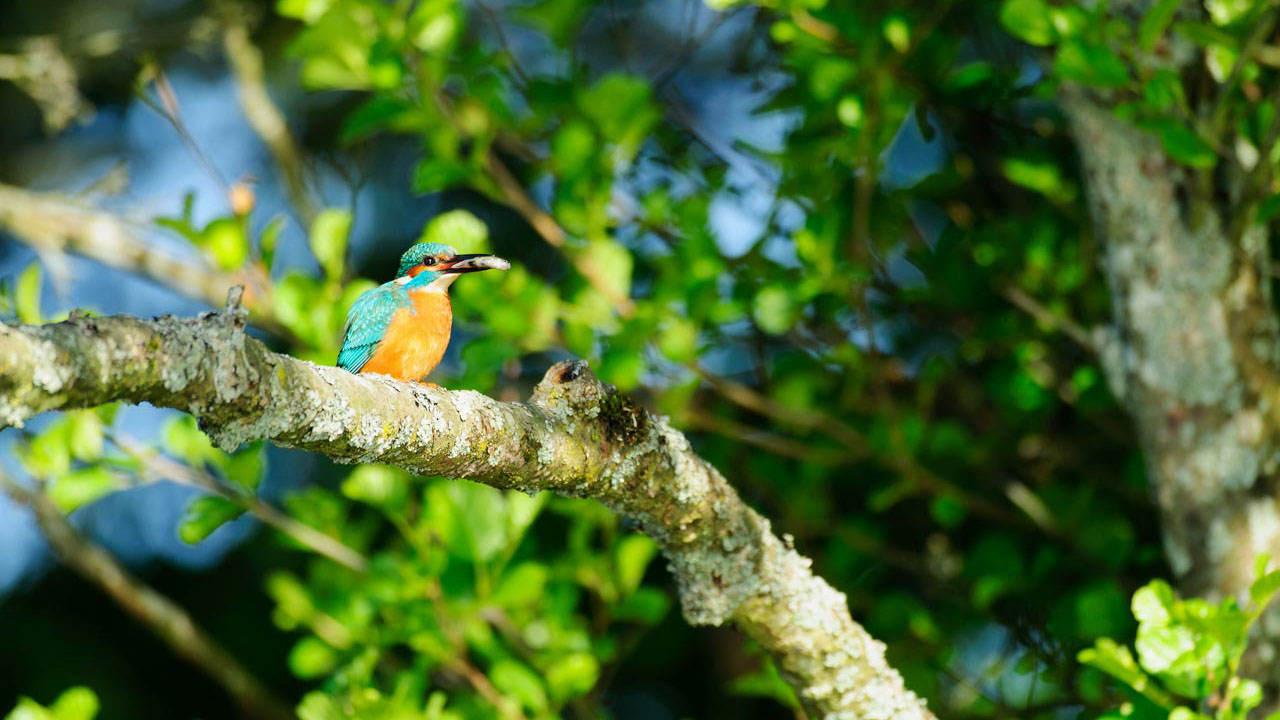 Common kingfisher with a minnow in its beack on a branch in a pond in la Dombes, France. 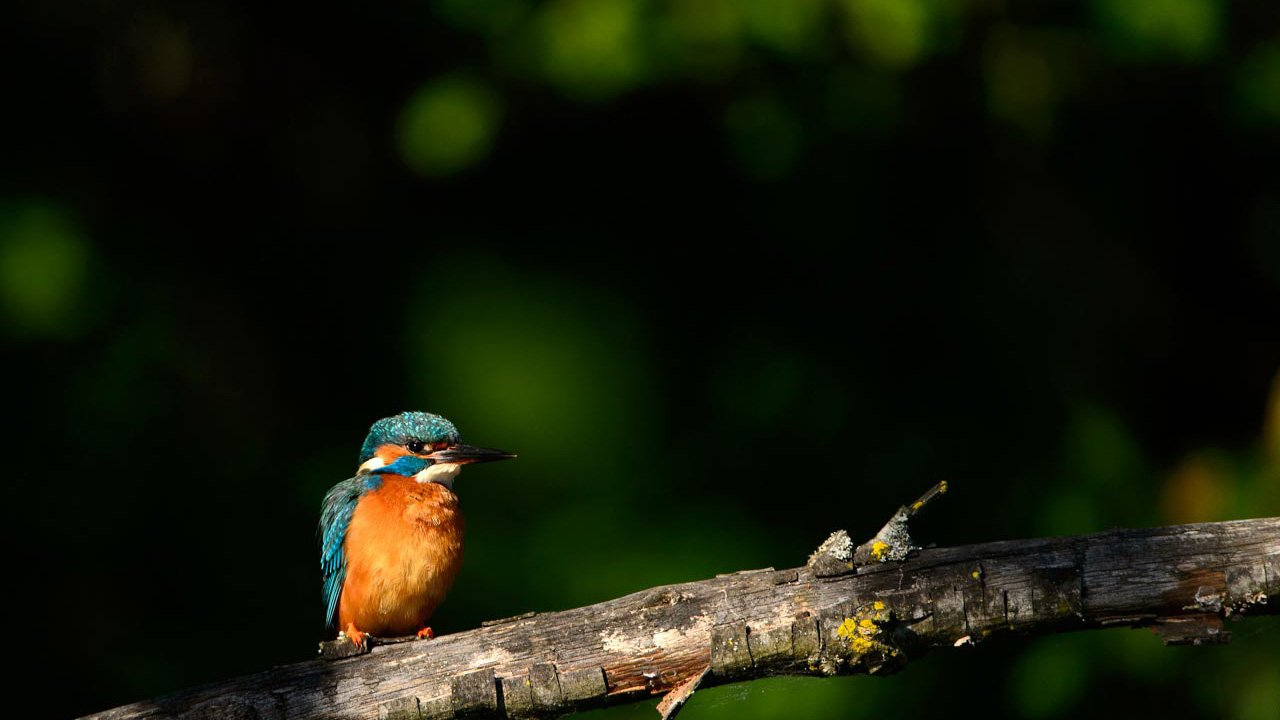 Common kingfisher on a branch in a pond in la Dombes, France.

The Hardest Task Remains To Be Done

As I made my way back towards the house where I am staying with the other photographers, I did not talk about what had just happened. I was too happy. I had tried and tried to get these photos, and I had finally achieved my goal. However, I have now laid an even harder task for myself: photographing a kingfisher in the Charente-Maritime, my home district. This goal remains one of the cornerstones of my photo projects in that region.

If this page interested you, would you give it a note? (5 stars is the best one)?
(1 Vote)
Previous Article: The blind: an excellent method to photograph red deer Next Article: A Dive Into History: Following the Footsteps of Jacques Cousteau to the site of Conshelf 2

2028
Why and How: Defining Your Photographic Statement to Improve Your Photos

The banks of the Gironde estuary, Charente-Maritime, France

2341
The banks of the Gironde estuary, Charente-Maritime, France

2845
Why: Artistic Photography is Subjective