I photographed my first melodious warblers, Hippolais polyglotta, in Charente-Maritime, France, while I was working on a wildlife photography project about migratory birds in the wetlands. It was pure chance that I took these pictures. At first, I thought that I had photographed common chiffchaffs. However, an amateur ornithologist, Serge Moulis, explained to me that they were melodious warblers. I was lucky, because that species falls within the parameters of my project. 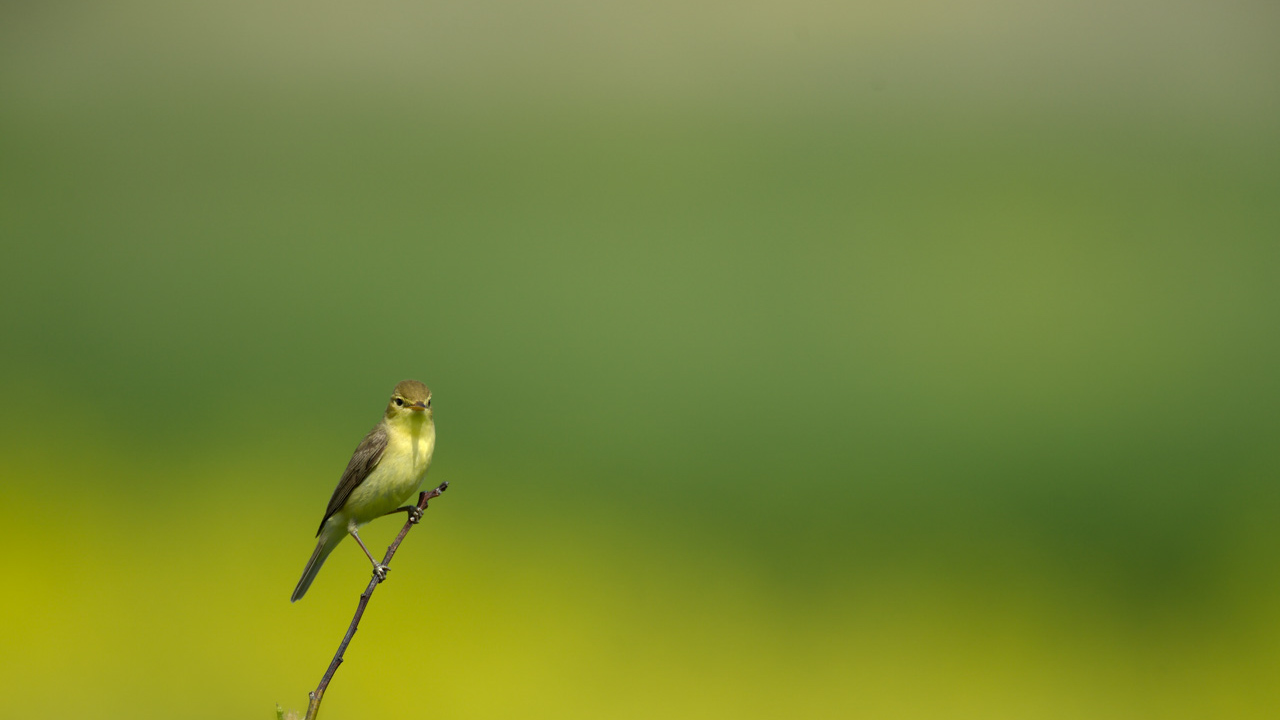 A melodious warbler on a branch in a wetland of Charente-Maritime in France.
Table of Contents

A Photo Project that Began 3 Years Ago

For three years, I have been working on a wildlife photography project about migratory birds in the wetlands of France. The first species I photographed was the very rare aquatic warbler.

Each year, I choose three species and try to artistically photograph the birds in their natural environments. I only keep pictures that match my photographic vision.

This year, I selected the bluethroat, the streaked fantail warbler and the European goldfinch. Only three species in a year may seem like a very small goal, but wildlife photography takes a lot of time.

I often wait for hours or even days without taking a single photo. For example, when I was looking for aquatic warblers, I spent four hours a day for a week sitting in the mud in a reed bed before I took the beautiful photographs I wanted.

The previous year, I had explored the wetlands and found the areas where bluethroats nested. I knew that they would be back. While I was waiting in a blind near one of those areas, I was surprised to see two small yellow sparrows fly past. I did not photograph them immediately. Instead, I observed them for two days and tried to identify them and find out what they were doing.

I decided that I had seen a couple of common chiffchaffs. Their songs, their way of flying, and their habitat in the wetland all seemed to point to this species. I even consulted my ornithology books, which seemed to confirm my thoughts.

I was very pleased, even though I had not originally planned to photograph this species. Once I found the nest and observed the birds’ flight paths, I spent two days photographing them.

I thought that I was very lucky, and I was, but there was still had a surprise in store for me. What I had photographed was in fact a pair of melodious warblers.

After I posted an article on my website where I told the story behind my photos, I received a message from an amateur ornithologist, Serge Moulis, who thought that the birds I had seen were melodious warblers.

These birds got their name because they can imitate the songs of many other birds. The ones I had seen were imitating the chiffchaff’s call, which is why I misidentified them. 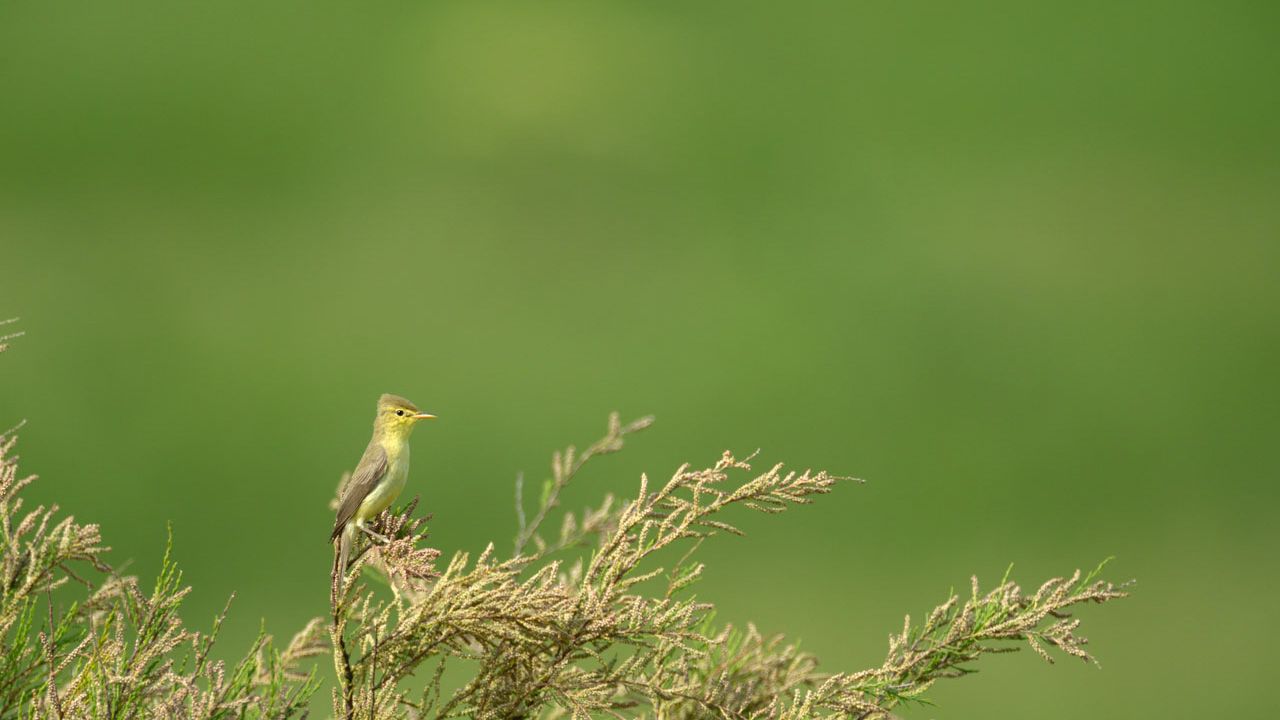 A melodious warbler on a branch in a wetland of Charente-Maritime in France.

The melodious warbler is a trans-Saharan migratory sparrow that comes to France in the spring to mate. It weighs from 0.35 to 0.5 ounces. As I found out, it can mimic the songs of many other birds, including the song thrush, the blackbird, and the sparrow. I can now add the common chiffchaff to this list.

I was very lucky to photograph melodious warblers in a wetland, because they typically live in dry areas. 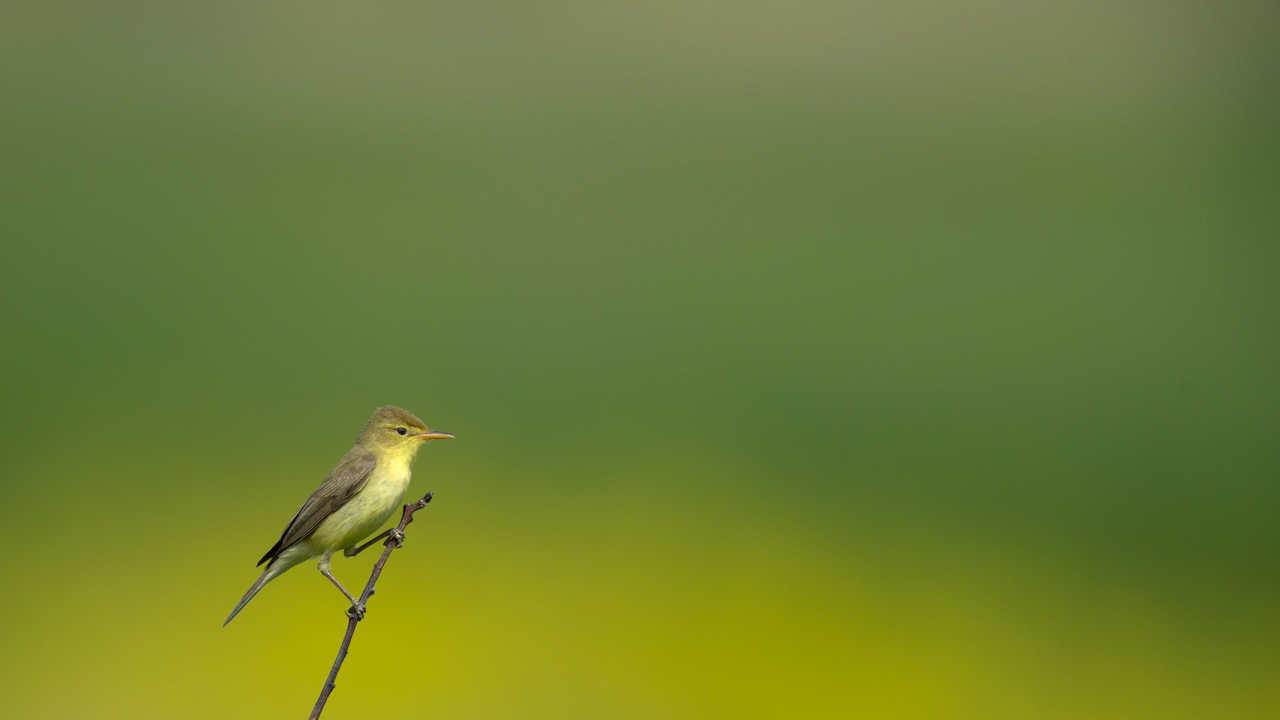 A melodious warbler on a branch in a wetland of Charente-Maritime in France.

I Learned a Lot From My Error

I have learned a lot from this error. Books are a great source of information, but they are not infallible. It is always best to ask an ornithologist about a doubtful case. I was also reminded that animals and birds do not always behave as I expect them to.

From now on, I will be more careful when I identify birds. However, the important thing is that I photographed a species which I did not expect to see. I hope that all my future mistakes will end this well.

If this page interested you, would you give it a note? (5 stars is the best one)?
(27 votes)
Previous Article: Photographing Bluethroats in Charente-Maritime in France Next Article: We celebrated the 10th anniversary of our company Guillen Photo LLC

8 Tips for Seeing your Photos in Black and White

1555
8 Tips for Seeing your Photos in Black and White