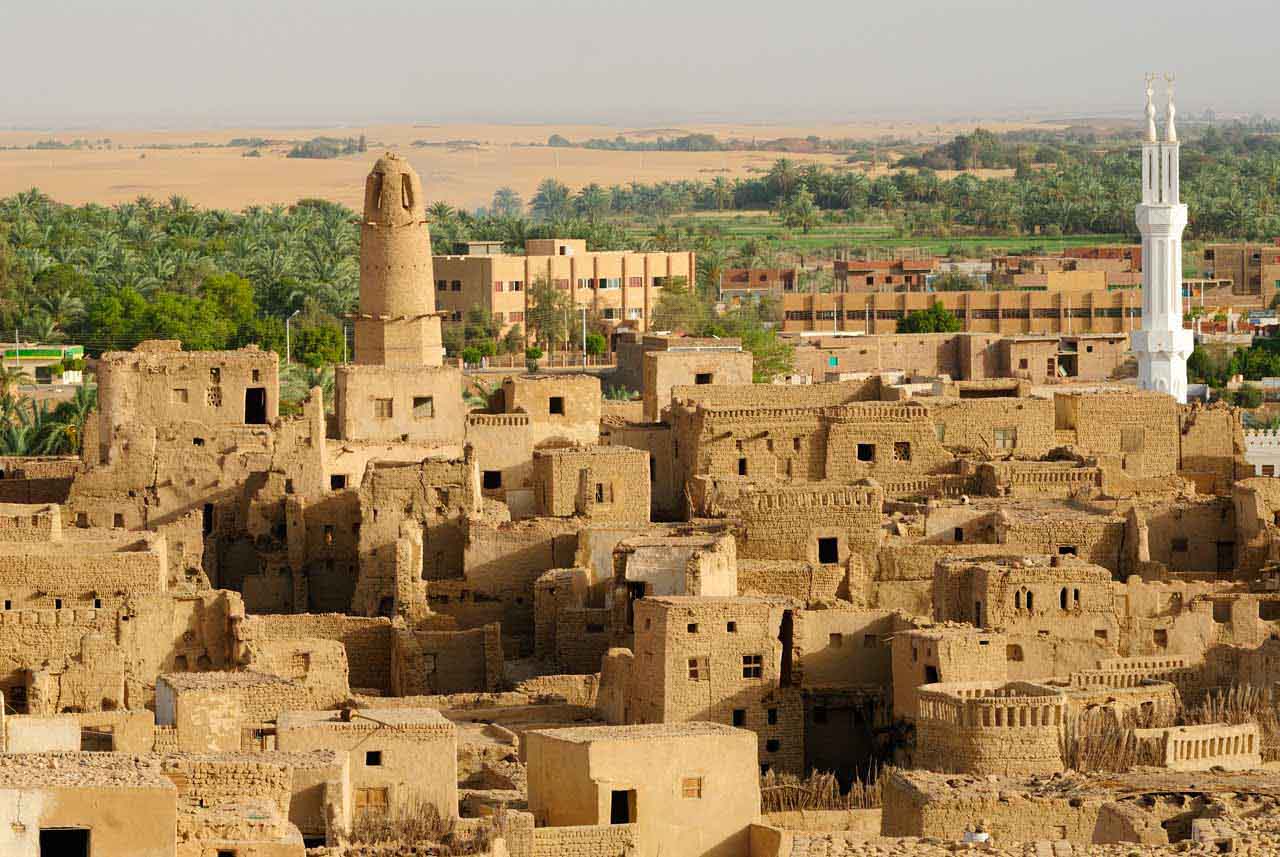 The village of Al Qasr in Egypt.

For many visitors to Dakhla oasis, Al-Qasr is the most memorable part. With an old town with many streets in excellent condition, it offers the best illustration of the oasis' past. Although modern "progress" has been gentle on Al-Qasr, the old quarters are almost completely abandoned. It is really sad, old Al-Qasr is beautiful and offers smart protection against summer heat.

Al-Qasr at the foot of the limestone cliffs and on the edge of the lush oasis, is little changed from medieval times. With a population of around 700, the town was built from the it's Roman ruins and has narrow covered streets. There are 54 lintels, some dating from the Ottoman and Mamluk era which adorn the old houses, one of which dates to about 924 AD.

The mosque dates back to the Ayyubid period. It has a three-story mud-brick minaret, 21 meters high, and wooden lintels decorated with inscriptions from the Koran at the entrances. The local madrassa has been renovated, along with an old house which are open to tourists. Other local sites of interest include a pottery factory and an old corn mill. Mud bricks are still made in an ancient manner and there is a foundry where men still work mettle using bellows flamed fires. If this page interested you, would you give it a note? (5 stars is the best one)?
(12 votes)
Previous Article: Seven Brothers Islands, Gulf of Aden, Djibouti Next Article: Wildlife of Galapagos archipelago, Ecuador, Pacific ocean
I Want to Help You to Create Interesting Photos